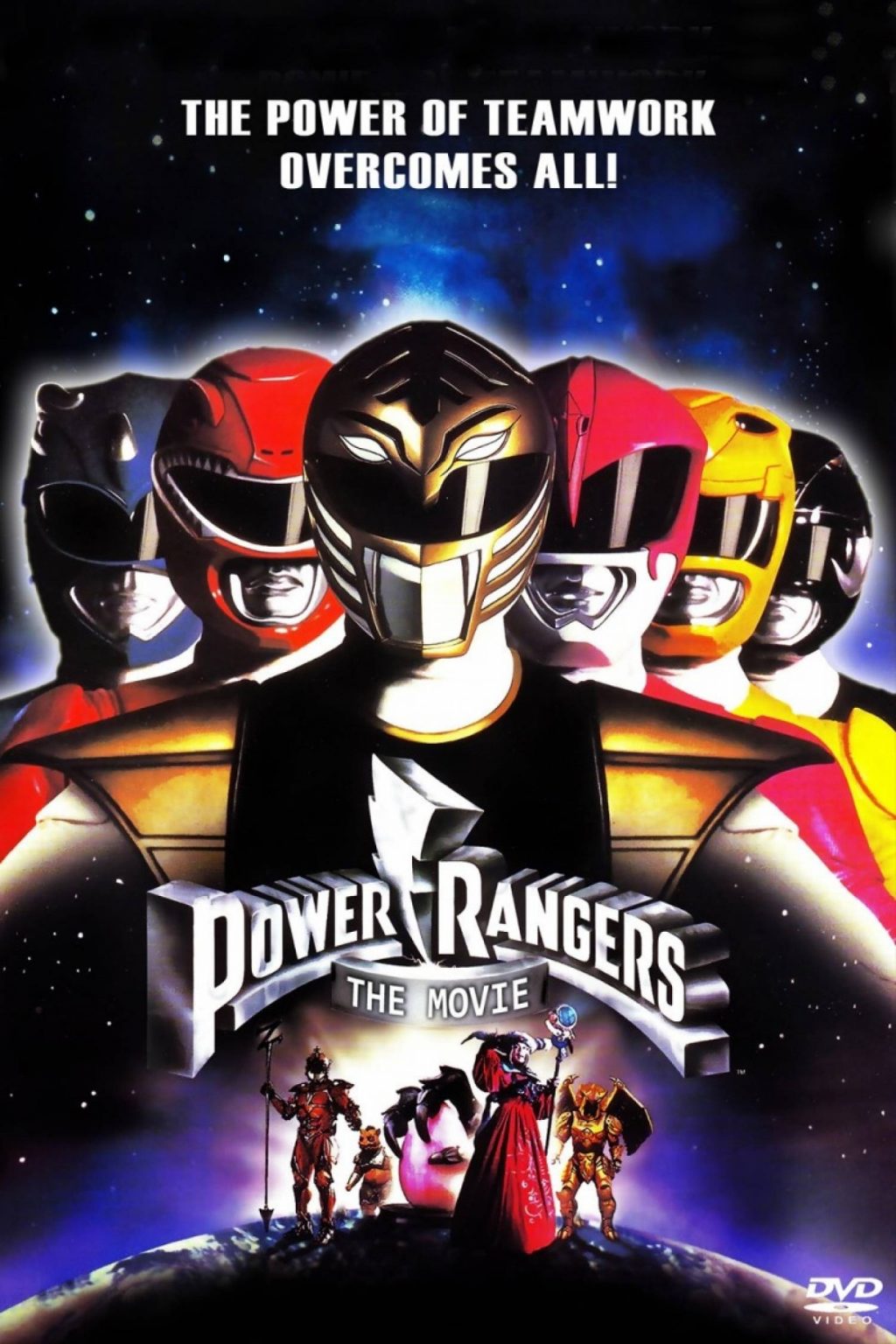 “Mighty Morphin’ Power Rangers: The Movie” was made for fans of the show. It had no intention of appealing to a new audience, leading to harsh reviews and behind at the box office when it was released.

Two of the films that topped it have Nerdbot cinema reviews already (“Pocahontas” and “Batman Forever“). Upon its release on June 30th, 1995 it came in at number 4 at the box office. Despite this, the film was still a financial success, working on a low budget of only $20 million. “Power Rangers: The Movie” perfectly captures everything fans came to love about the series it was based on. It is a love letter to an era of 90s television that captured the imagination of children all over the world. “Mighty Morphin Power Rangers: The Movie” is a cheesy, silly, over the top adventure that is sure to satisfy fans even if it doesn’t gain new ones.

“Mighty Morphin Power Rangers: The Movie” returns to Angel Grove and follows our favorite morphin teenagers. During a construction project, an ancient evil known as Ivan Ooze is released upon the world. He immediately attacks Zordon, fatally wounding him and destroying the lair. With the base destroyed, Ooze then proceeds to take over Rita’s moon base, placing her and Lord Zedd in a snow globe and gaining the loyalty of Goldar and Mordant. He plots to spread his ooze to all the parents, hypnotizing them to help him unearth his Ecto-Morphicon Titans. Without their morphing powers, the heroes must travel to the mysterious planet Phaedos to gain an ancient power that can save Zordon and stop Ooze before he takes over the world.

“Power Rangers: The Movie” sports some impressive action despite most of the special effects not holding up even for 1995. While the special effects warrant at least some attention, the film really isn’t better or worse for them. The show has always been low budget, so one can assume the filmmakers wouldn’t want to blow it on things that aren’t what make Power Rangers so appealing. The real success is the fight choreography, which surprisingly still looks good. Perhaps the biggest issue with the film and effects is that one, we spend too much time meandering through the jungle and two, the final battle is all lackluster digital effects. While it still feels Power Rangers in its delivery, it didn’t quite capture the true magic of Megazord. Both of these faults can be attributed to the adding show elements like ninjetti and spirit animals which completely changes the look of both the rangers and their zords. It’s nitpicking at best, as these elements are still very much in line with its television source material.

Of course, the film would not be nearly as enjoyable were it not for the new villain Ivan Ooze. Played by Paul Freeman of “Raiders of the Lost Ark” fame, the level of scene chewing and over the top acting is unmatched. Freeman’s Ooze is ridiculous, cheesy, funny, and hammed up so much you truly can’t wait for him to come back on screen. His performance embodies everything that makes Power Rangers fun. Freeman’s Ooze constantly reminds viewers that nothing in this movie should be taken seriously. He is clearly having the time of his life, dialing everything up to 11 and just running with it. While the rest of the familiar cast do just fine with their characters they know well, it really is Ivan Ooze that stands out above them all.

Last but not least, the film is powered by an awesome soundtrack. The music pumps along with the action, adding another layer of gleeful enjoyment. Red Hot Chili Peppers, Shampoo, Devo, and Snap! all feature on the soundtrack, and it all feels perfectly placed in the film. When any of these songs drop, you know our heroes are about to get down. For such a niche film for children, the soundtrack is surprisingly eclectic. It sports a number of songs your parents would also enjoy, even if they’ve never forgiven you for making them sit through it with you 25 years ago.

To reiterate its intention, “Mighty Morphin Power Rangers: The Movie” was made for children. Power Rangers is not Shakespeare, and unlike later film attempts, it doesn’t try to reinvent the wheel. It sticks to its tried and true formula, feeling more like a string of loosely connected episodes than its own realized film adaption. While this would be detrimental to most tv to film adaptions, “Power Rangers: The Movie” is better for it. Rather than trying to morph Power Rangers to appeal to the masses, it doubles down on what it does best. You’re either on board for the ride from start, or you’re going to want to get off pretty quickly after it starts.

Watching it as an adult, it actually sparked more than just childhood nostalgia. “Power Rangers: The Movie” made me long for a time when cookie cutter, heavily tested, global box office domination wasn’t the only goal for high profile films. It helped me remember that not all movies were desperate to give it the old Zack Snyder treatment, forcing darkness and adulthood on things that serve better in their campy, child origins. “Power Rangers: The Movie” sticks to what it knows and what it does best, even if those things aren’t necessarily for everyone. Sometimes we don’t need everything to be pretentious and dark and brooding. Sometimes you just have to ramp up the cheese, dawn that flannel around your waist and shout, “It’s Morphin Time!”