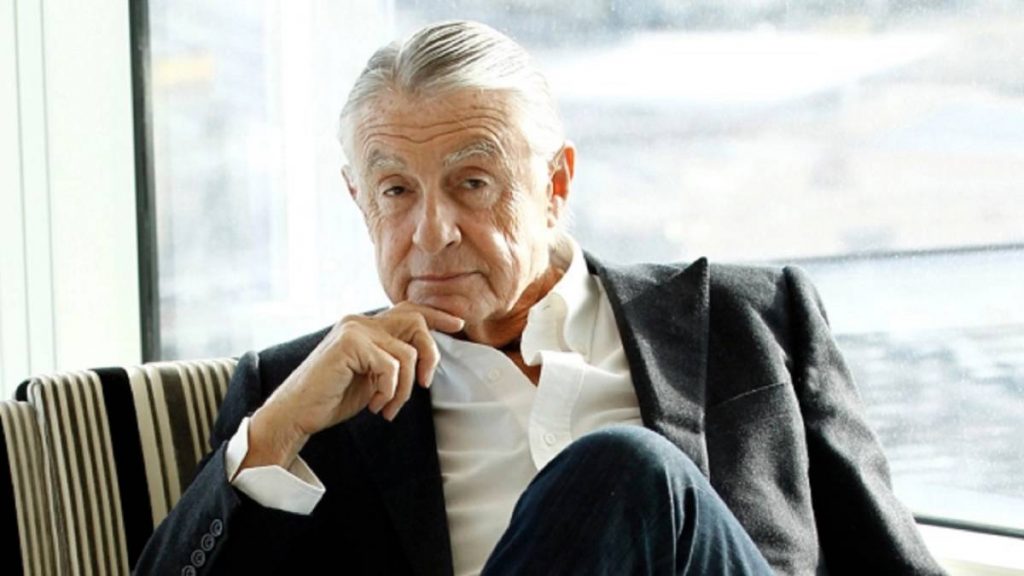 We often associate Joel Schumacher with the worst Batman films ever made. While it is true, he is responsible for nipples on the Batsuit, it is unfair to ignore some of the great pieces of cinema Schumacher gave us during his long career. 2020 has been a rough year for all of us, and with so much going on in the world, the loss of a great director seems to get lost in the shuffle of bad news. It is important to remember the good things that Schumacher left behind. So here are my top 5 favorite films directed by Joel Schumacher.

“The Lost Boys” is one of my favorite vampire movies and true classic of it’s time. With it’s haunting choir boy hook from “Cry Little Sister” by Gerard McMann and exaggerated reimagining of the Santa Monica Pier, “The Lost Boys” perfectly captures the 80s film era. With the undeniable duo of Corey Haim and Corey Feldman, the film is packed with an impressive all-star cast that includes a young Jason Patric, Keifer Sutherland, Jami Gertz and Dianne Weist. The vampire tale is a perfect blend of horror and humor, and Schumacher brings out the best of both here. Interestingly enough, the film was originally supposed to be directed by Richard Donner and tailored more towards young teens. When Donner committed to other projects, Schumacher stepped in decided the film should be more adult. As a fan of “The Lost Boys” as is, this was the right decision and the film is better for it.

Yet another example of Schumacher putting together an impressive cast, “The Client” is a great John Grisham film adaption. A powerhouse courtroom drama, “The Client” is elevated by performances by Tommy Lee Jones, Susan Sarandon, Anthony LaPaglia, and a very young late Brad Renfro. It is also Renfro’s first role, with Schumacher wanting a tough kid for the lead role of Mark Sway, a young boy who is the only witness to a mob death and the location of the body. Schumacher’s instincts turned out to be right, as “The Client” was one of the highest grossing films of 1994 and Renfro won The Hollywood Reporter’s Young Star Award for his performance. As a director, Schumacher proves his ability to tell a compelling crime thriller and bring the Grisham pages to life.

Probably the more controversial choice on the list, “Phone Booth” is better than most people give it credit for. With a minimal cast including returning Schumacher veteran Kiefer Sutherland and Colin Farrell, the film moves at a surprisingly thrilling pace for one that takes place in such a confined space. Unfortunately, the film’s premise of a hidden sniper targeting civilians they deem in need of confession for their sins never has a good time to be released. It was delayed upon its initial release due to the Beltway Sniper Murders, and even today there will probably some controversy surrounding its subject matter. But the performances are great, and the film is a tense psychological thriller, one that never lets go once it gets going.

Another film that seems all too relevant in today’s climate, “A Time to Kill” ranks among one of the most powerful films under Schumacher’s filmography. The film is so different in its content and social commentary that I forgot it was Schumacher in the director’s chair. filled with some of the best performances from Samuel L. Jackson, Matthew McConaughey, Sandra Bullock and of course, returning favorite Kiefer Sutherland. In addition to these major names, the film also sports performances from Ashley Judd, Oliver Platt, and Donald Sutherland. Even more so than “Phone Booth“, “A Time to Kill” has been mired in international controversy over the years in regards to gun violence and racial commentary. It seems Schumacher wasn’t afraid to tackle these difficult films, and does so with a keen eye and solid work to get the best from his actors.

Last but not least, Schumacher took on the Vietnam war with “Tigerland“. Perhaps one of the lesser known war films, “Tigerland” is a great film and proof that Schumacher has always branched out into different genres of film. The film centers around infantry men at U.S Army training camp Tigerland in Fork Polk. It was often the last stop before being shipped to Vietnam and was meant to mimic the jungle climate. Led by returning favorite Colin Farrell, the film received positive reviews but largely went unnoticed at the box office, grossing just $148,701 worldwide. The film is well paced, well acted, and of course, well directed. Its a shame it wasn’t more widely received, as it has all the things that make war and soldier movies compelling. I would highly recommend giving this film a shot, especially if you’re a fan of the genre.

Schumacher provided audiences with a vast catalog of films from all different genres. From vampires to courtrooms to war, Joel Schumacher was a solid director even if the Batman films say otherwise. We should do well to remember him for the good films he gave us so his Hollywood legacy can continue to live on even after his passing. What are some of your favorite Schumacher films that didn’t make the list?