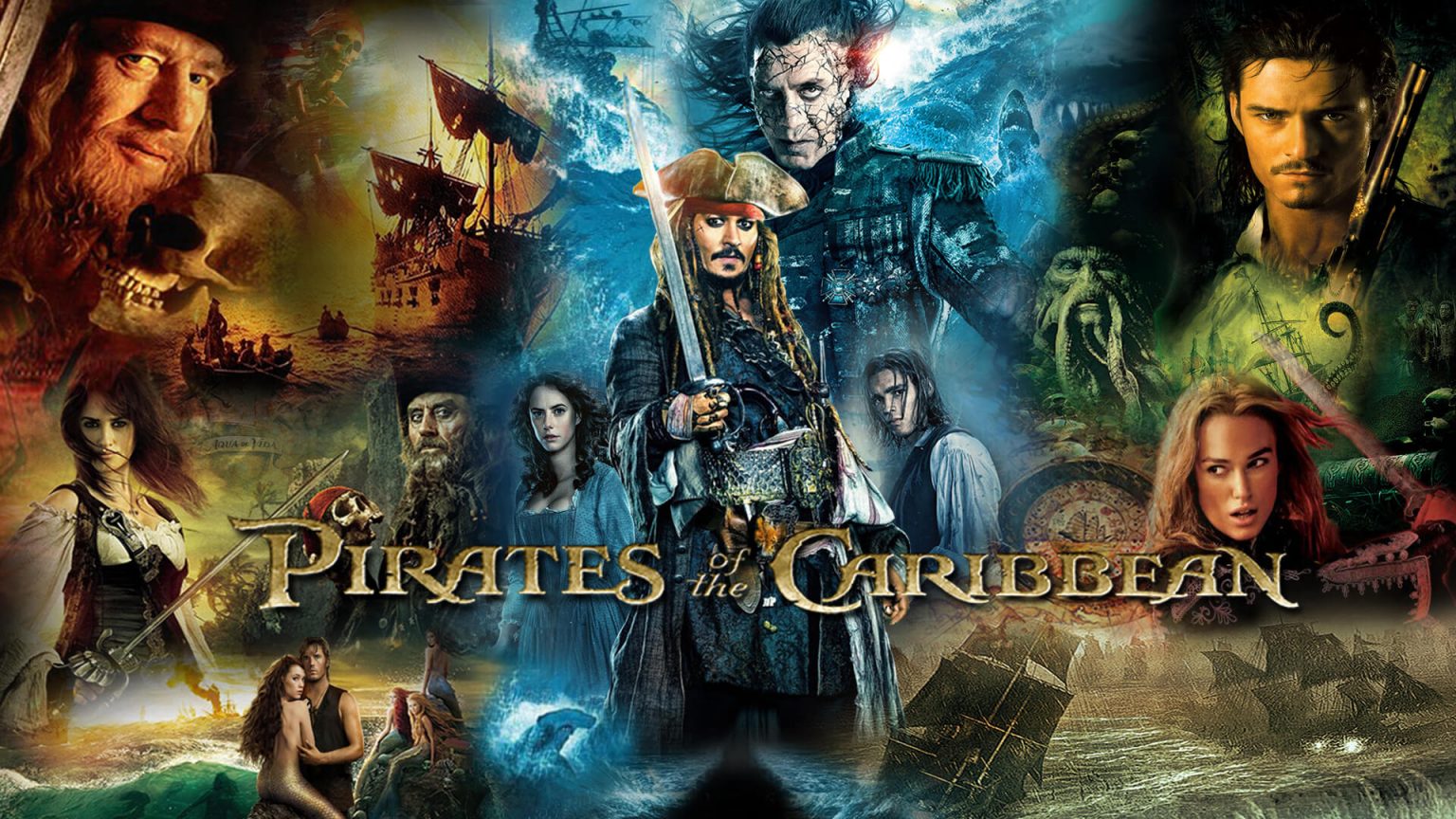 Why is the Rum Gone? All 5 “Pirates of The Caribbean” Ranked Best to Worst

The recent announcement of Margot Robbie leading a new “Pirates of the Caribbean” movie proves that Disney just cannot let the franchise die. Though a powerhouse at the box office, fans and critics alike have felt the film franchise ran stale rather quickly. Aside from its first installment, every film since seemed to get worse and worse each time an installment set sail on the high seas. Despite their lackluster sequels, the House of Mouse seems dead set on squeezing every last drop of rum out of the “Pirates” franchise. Now that a 6th and 7th installment have been confirmed, here are all 5 of the existing films ranked best to worst.

1. “Pirates of the Caribbean: The Curse of the Black Pearl“

The first “Pirates of the Caribbean” film can be considered lightening in a bottle. Against all odds, Disney managed to turn a non animated film based ride into a fun, entertaining adventure film. Introducing the world to Jack Sparrow, Johnny Depp breathed life into a character that is now an iconic global phenomenon. At the time of its release, “The Curse of the Black Pearl” had low expectations and was the first film with the Walt Disney Pictures banner to be rated PG-13. The gamble paid off, however. The film earning a whooping $654 million and was the highest grossing film of 2003. With gorgeous set pieces and production design, terrific practical and digital effects, and an outstanding supporting cast, “The Curse of the Black Pearl” is true Disney magic. Add to all of this a wonderful score by Hans Zimmer, and you’ve got a recipe for global success. With all of this success, it’s no wonder why they moved forward with their planned sequels.

2. “Pirates of the Caribbean: On Stranger Tides”

“On Stranger Tides” is a step in the right direction after previous sequels went so far off the rails. Though not perfect by any means, it is significantly better than the others in the franchise. The film dominated the box office, grossing over $1 billion and is the 38th highest grossing film of all time. With how much they got right in their first go around, it is truly shocking how much they got wrong in every other outing. “On Stranger Tides” features a more contained and linear storyline than some of the other installments. Though criticized for its lack of originality, many critics agreed that departing from films like “At World’s End” was the right move. It sports a much shorter run time than the others, something that lent to its success considering the excruciating long runtimes of some of its predecessors. With a number of new characters and a seeming attempt to steer the franchise in a new direction, “On Stranger Tides” is a better sequel than it should have been.

It is here where things go from bad to worst. If I could, I would make the porn parodies “Pirates” and “Pirates 2: Stagnetti’s Revenge” cannon and place them both as 3rd on the list above the next 3 films. Since I can’t do that, I have to pick from what’s left. “Dead Man’s Chest” comes in at number 3 by default, simply because it’s most somewhat enjoyable compared to the other two. Riding high on the heels of the success and anticipation from “Curse of the Black Pearl,” “Dead Man’s Chest” grossed a massive $1 billion worldwide, and was in the number one spot for a record 9 weeks in a row. It is the 35th highest grossing film of all time, and was nominated for a number of technical awards at the Oscars that year. Despite all of the box office success and accolades, the film itself is an absolute disaster. From its completely unexplained cold opening to its over the top cartoonish antics of Jack Sparrow, the film offers none of the magic from its predecessor. It seems to have abandoned everything that made the first film great, and what it did decided to keep feels redundant and lazy. All of the grand adventure is traded for backstabbing and more subplots than there are characters to fill them. “Dead Man’s Chest” feels like we’re dropped into the world of Pirates for the first time, and makes far too many assumptions with zero pay off.

4. “Pirates of the Caribbean: At World’s End“

Everything wrong with “Dead Mans Chest” goes double for “At World’s End.” It currently ranks 5th for the most expensive films ever made, with a massive budget of $300 million. Despite being a horrible film, it still managed to bring in $960 million worldwide. With its ridiculously long runtime, the film meanders through an unintelligible plot with almost no regard for any coherence or purpose. Somehow the filmmakers managed to add even more subplots than “Dead Man’s Chest,” which by all accounts should be near impossible. Perhaps the worst part of “At World’s End” is the lack of a protagonist. There is not a single character to root for in this film, as every single person, new or returning backstabs, plots, and cheats just about every other person around them in order to gain something. It’s never quite clear what they’re doing, just that every person is in it for themselves at the expense of everyone else. Somehow, we’re suppose to walk away believing Turner and Swan love each other and Sparrow was a hero all along. I remember about halfway through the film, I just wanted it to be over and didn’t care who lived or died. Until 2017, I truly did not think Pirates could get any worse.

5. “Pirates of the Caribbean: Dead Men Tell No Tales“

Turns out, the Pirates franchise can and did get worse. Abandoning everything good about “On Stranger Tides,” the filmmakers reverted back to their worst ways, giving us “Dead Man Tell No Tales.” Beginning with one of the most eye rolling bank heist chase scenes, “Dead Man Tell No Tales” reverts back to packing the film with more subplots and unexplainable character connections than any one movie can handle. It also commits the folly of “everyone and everything is connected,” desperately trying to make everyone in the world related and retconning every little thing it can. I rarely leave a film, but as soon as Salazar (Javier Bardem) takes credit for giving Jack the moniker of Sparrow, I almost gave up. Interesting enough, this poor excuse of a plot was not what was originally planned. According to tweets from one of the filmmakers invited to pitch Pirates 5 Ben Mekler, the original story centered around Jack getting chased into the Devil’s Triangle and transported to modern times. Instead of the same old pirate story, we would be given a unique fish out of water story, adding new, modern shenanigans for Jack Sparrow and crew to get up to. Honestly, anything is better than what we got. If you want to read more about the original pitch idea, you can read the thread here.

So there you have it, all 5 (well, 7 if it were up to me) “Pirates of the Caribbean” films ranked best to worst. For a more in depth discussion of the franchise as a whole, you can watch The Jack of All Nerds Cinema Sage Review. The film franchise has grossed $4 billion over its run, so despite any complaints from critics and fans alike when it comes to lackluster sequels, the fact of the matter is money talks. Even the worst of the worst of these films brought in massive box office numbers, and Disney isn’t known from walking away from a buried treasure.

There can be hope for their next installment, but I’ve been burned too many times to approach the stand-alone with Margot Robbie and the reboot plans with any kind of optimism. Nevertheless, there’s no stopping this ship from sailing again. All we can do is find the rum and drink up me hearties; it’s pirate’s life for us all.