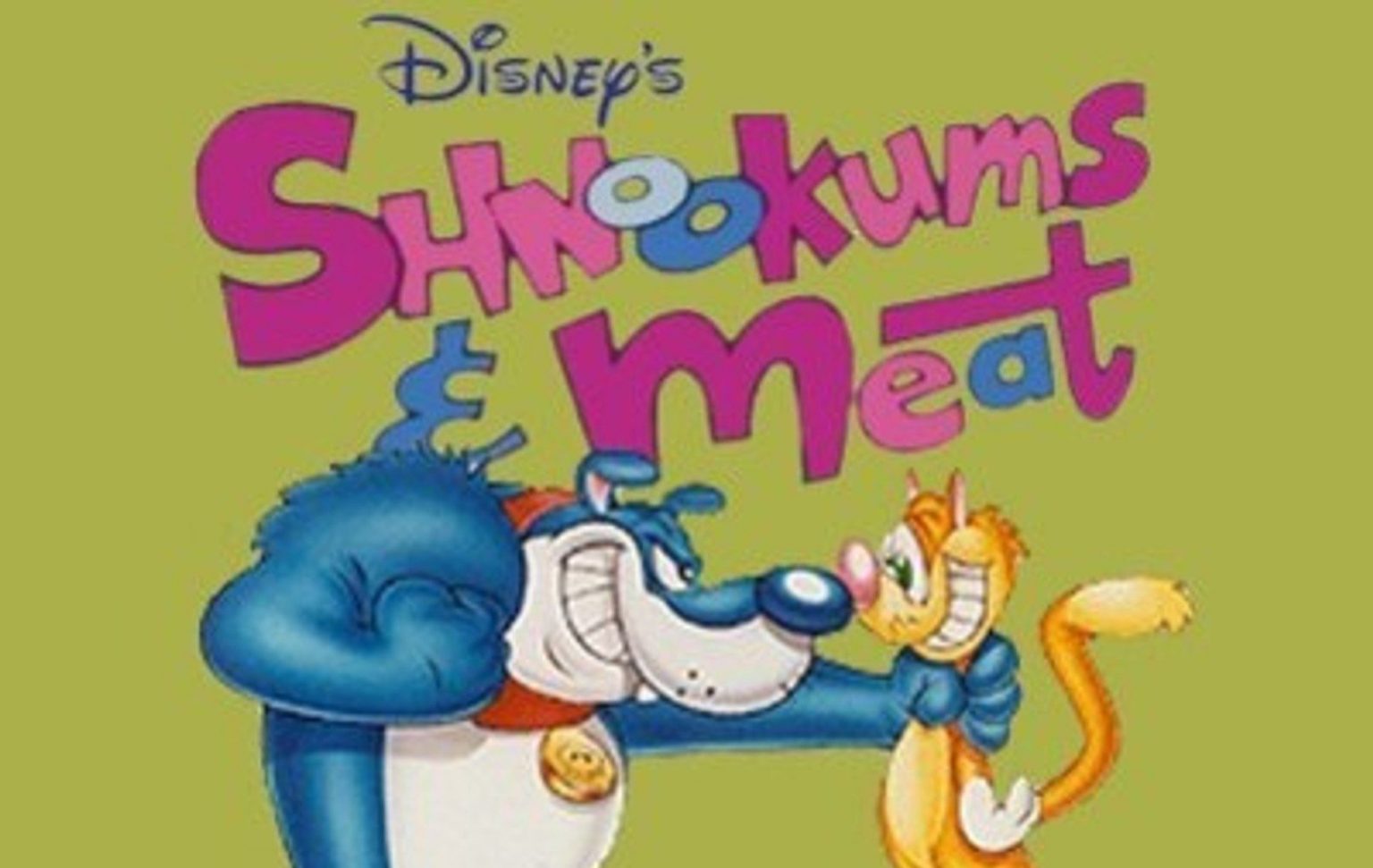 Who Remembers Disney’s “Ren and Stimpy” Rip Off?

It was a weird time for television after Ren and Stimpy hit the screen. Zany and grotesque it was a lot of kids gateway into the weird. And it did extremely well with ratings leading Disney to believe that they too, should have a similar show of their own. But does anyone remember the Shnookums and Meat Funny Cartoon Show?

The premise is the typical dog and cat rivalry instead of the best friend relationship of Ren and Stimpy. Shnookums was the favorite pet of a the wife but despised by her husband. Both of the humans were only shown from the neck down so they never had any type of role, only as plot devices. Anyway the husband gets Meat because he hates the cat and uses him as a watchdog at the house.

If you don’t remember then you probably blocked it out. It wasn’t great…. not like it’s predecessor Ren and Stimpy. And there certainly wasn’t a lot of merch going around for it. Ren and Stimpy was everywhere, even a send away prize on boxes of Kraft macaroni and cheese. I can’t find the image now but I had one, it was blue print of the zany duo on a string close backpack. Anyway…

So was it marketing that made the Shnookums and Meat Show a failure? Or was it just an oversight as to what kids really wanted?

It had a lot to do with when it aired honestly. They gave it the Bonkers time slot on a Disney Afternoon and a lot of the kids were upset that they replaced it. Especially because if they were watching Bonkers it was probably because they liked it better then Ren and Stimpy. Mondays between January 2 to March 27, 1995 they would have to either grin and bear watching Shnookums and Meat or change the channel which many people did. The ratings for the show were not great which led to them taking it off the line up after only three months.

Plus a lot of kids did not like that style of cartoon to begin with. It was off-putting and some of the sounds that they used, especially for the screaming was horrible. It was one thing to have a zany and gross show but it was another to try and copy a format that for some kids just was not working out.

And if you really want to know how much Disney does not want to talk about it, just check Disney+. It is not on the platform and it will very doubtfully ever be added. Unless they are really scraping the bottom of the barrel.