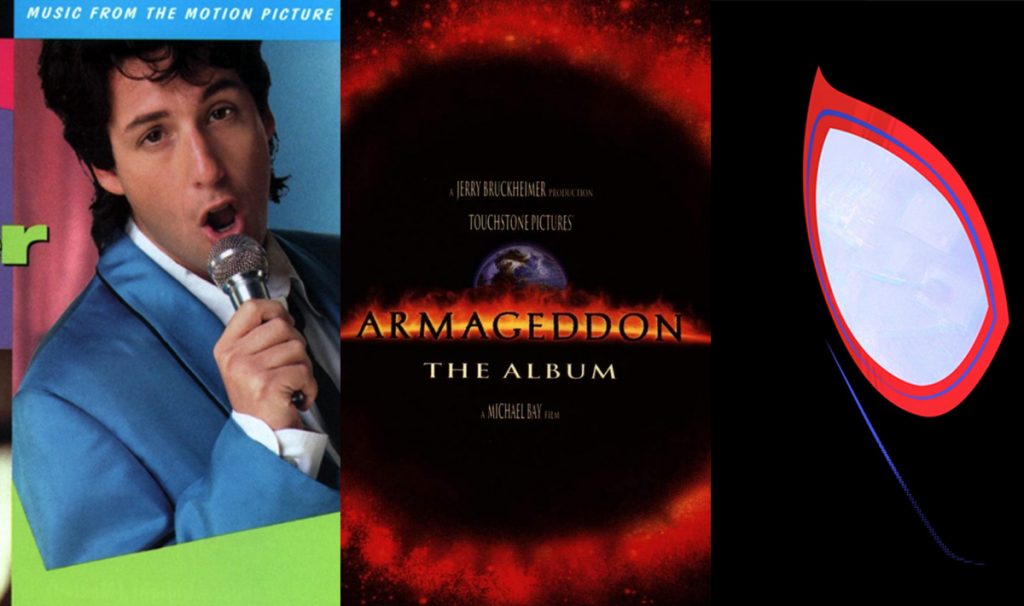 Movies and music often go hand in hand. Great films can have equally great music, allowing fans to take a piece of the film with them long after the initial movie going experience. In the best of these partnerships, the music is equally as good as the film. It the worst of times, both aren’t worth remembering. However, there are also those rare times where the movie isn’t good the music is. Here are 5 soundtracks that are just as good as the movie, and 5 soundtracks that are better.

“The Wedding Singer” ranks high on Adam Sandler‘s filmography. It offers a subdued Sandler performance, introduced us to the onscreen chemistry with Drew Barrymore (as they would go on to star in two more films together), and is filled with hilarious 80s nostalgia. It is full of great 80s hits, and the soundtrack does not disappoint in capturing that magic. Stacked with popular hits from The Police, The Thompson Twins, and Billie Idol (who also has a cameo in the film), it’s a terrific soundtrack for any 80s fan.

Much like “The Wedding Singer” for the 80s, Empire Records perfectly captures 90s nostalgia. With a young up and coming cast that includes Rene Zellwegger and Robin Tunney, it perfectly captures the 90s coming of age genre. The soundtrack does this as well, capturing some of the best the era has to offer. Toad the Wet Sprocket, Gin Blossoms, and the Cranberries are all featured here, making it a classic 90s soundtrack that always sends you down memory lane.

While some might consider “The Crow” a guilty pleasure, it ranks high on the list of memorable action/fantasy films of its time. While the film was mired with tragedy after the death of Brandon Lee on set, it is still on many movie favorite lists. The soundtrack matches the greatness of the film, with songs by Nine in Nails, Stone Temple Pilots, and Rage Against the Machine. It captures the darkness as well as the rock inspired themes of the film perfectly and is a great addition to any movie soundtrack lover.

While Michael Jordan may be one of the greatest basketball stars of all time, he doesn’t have the same knack for acting. While “Space Jam” isn’t exactly considered a great movie, it’s still a fun one that unites both adults and children alike. The soundtrack is equally great (maybe slightly better but that’s debatable) with songs from Coolio, Seal, and 90s party starters Quad City Djs. Though the song is now mired in controversy due the artist that made it, you’d be hard pressed to find someone that at one time didn’t love I Believe I Can Fly. Whether you want soulful R&B or battle rap style monster inspired hip hop, The Space Jam soundtrack has it all.

“Spider-Man: Into the Spider-Verse“

It’s hard to find anything wrong with “Spider-Man: Into the Spider-Verse.” With its unique animation style and a new onscreen spider story centering around Miles Morales, the critically acclaimed and Oscar winning film can make a strong argument as one of the best films of 2018. With such high praise, you wouldn’t be wrong for thinking the soundtrack would fall short. Luckily for us, it rises to the challenge. Packed with current hip hop artists like Jaden Smith, Blackway, and Swan Lee, the music has everything and beautifully captures that magic of the film. The soundtrack is so good it even made me like a Post Malone song, which is quite the difficult task. Well played, Spider-Man.

And now we come to the bad; soundtracks that are significantly better than their films:

We’ll start off light and work our way down to some of the worst. First up is “Armageddon.” While I’m sure my girlfriend would fight tooth and nail on the films merits, I Don’t Wanna Miss A Thing has had far more staying power than the Ben Affleck / Bruce Willis action flick. In addition to Areosmith’s smash hit, the soundtrack is a rock ballad lovers dream, featuring a number of 80s rockers like ZZ Top, Journey, and a lot more Areosmith.

“Tron: Legacy” was neither financially or critically successful. However, Disney dumped a ton of money into the marketing with the hopes to capture the nostalgia of the original. They also went all out on the music too, bringing in EDM duo Daft Punk to score it. This proved to be the best move, as it remains one best things about the failed sequel. The helmet wearing musicians prove that they are more than capable of scoring a soundtrack. The film may not be one you watch, but if you’re looking for some good background music while working from home, the “Tron: Legacy” soundtrack is a perfect fit.

I know I will upset all of the team Edward/Jacob fans, but “Twilight” is NOT a good film. While it’s not the worst on this list, it is certainly not one I ever watch by choice. The soundtrack however is a different story. With powerhouse artists like Muse, Paramore, and Linkin Park, the music is far superior to the film. Turns out Muse wasn’t a fan of being on the soundtrack either, as they’ve stated in interviews that being on the soundtrack felt like selling their soul. Admittedly, it’s sometimes embarrassing to willingly fire up anything with “Twilight” in the title, but it’s hard to not rock out to Supermassive Black Hole. Guess it’s one deal with the devil I’m actually ok with.

Interestingly, the 25th anniversary “Batman Forever” review inspired this list, and rightfully so. It is a prime example of a pretty awful movie with a far superior soundtrack. There are so many great songs on it, including Hold Me, Thrill Me, Kiss Me, Kill Me by U2 and of course, everyone’s favorite Seal ballad, Kiss From a Rose. Just this song alone is better than the whole film, but the soundtrack as whole has a lot of great songs to offer and is worth putting on regular rotation.

Who knew that my favorite superhero would make this list twice? “Batman and Robin” somehow manages to be worse than its predecessor. It is easily the worst Batman outing to date, Mr. Freeze’s puns notwithstanding. However, the soundtrack outshines the movie tenfold. The Smashing Pumpkins, Bone Thugs-N-Harmony, The Goo Goo Dolls and even Jewel are all featured on the soundtrack. It is perhaps the biggest dichotomy of film vs soundtrack, with the film being almost unwatchable and soundtrack being hard to stop listening to.

So there you have it. Some good movies, some bad movies, but all great soundtracks. What soundtracks would you want put on the list, good film or bad?