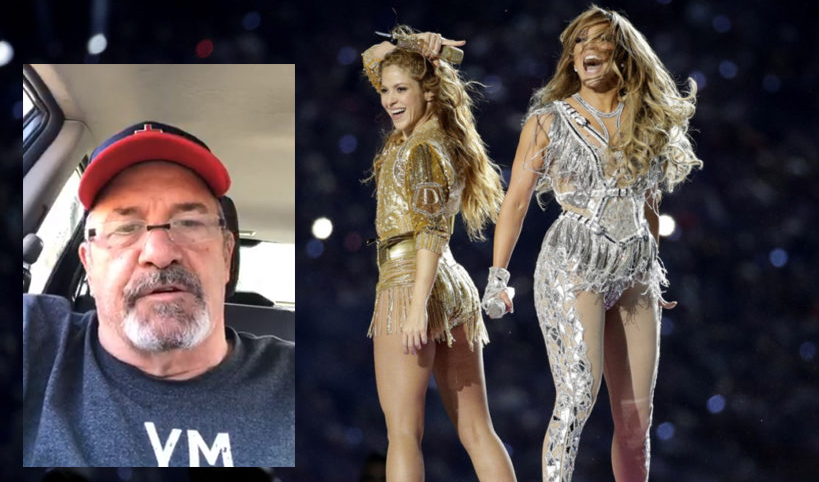 So uh, this is happening. There is a Christian activist that is now suing the NFL, Pepsi, Cable Companies and whomever may be responsible for the half time show. He is currently looking for legal counsel and is aiming to sue for the sum of $867 trillion. He called the show pornographic in his Facebook video and said that it should have come with a warning.

While Shakira and Jennifer Lopez completely rocked the stage many people were left taken aback by their performances. A lot of people on the conservative side were not happy with how the half-time show went down. And when I say conservative I don’t necessarily mean on the political spectrum, but on how they view sexuality.

Dave Daubenmire who is a former Ohio high school football coach said that he tuned in for just a moment to watch the game that Sunday. And while he did not watch the half-time show it was all over the internet the next day. He wants to start a class action lawsuit in hopes that they will tone it down in the future. He cites “crotch shots” being a major issue. He wants to sue for “contributing to the delinquency of a minor”.

He spoke on his ministries’ podcast series about the effort and was featured in this video talking about how there was no warning about what people were going to see onscreen. “What about our teenage sons whose hormones are just getting ready, just starting to operate, was there any warning that what he’s about to see might cause him to get sexually excited?” he said.

Whether or not this will get anywhere we won’t know until it happens. But it’s a pretty crazy idea and it’s never been done before. What do you think of this? Tell us in the comments!

These Books Are Out of This World! Stories Read to You from Space

Idris Elba to Replace Will Smith as Deadshot in ‘Suicide Squad’

Zoe Kravitz Cast as Catwoman in ‘The Batman’

Name A Cockroach After Your Ex For Valentines Day!