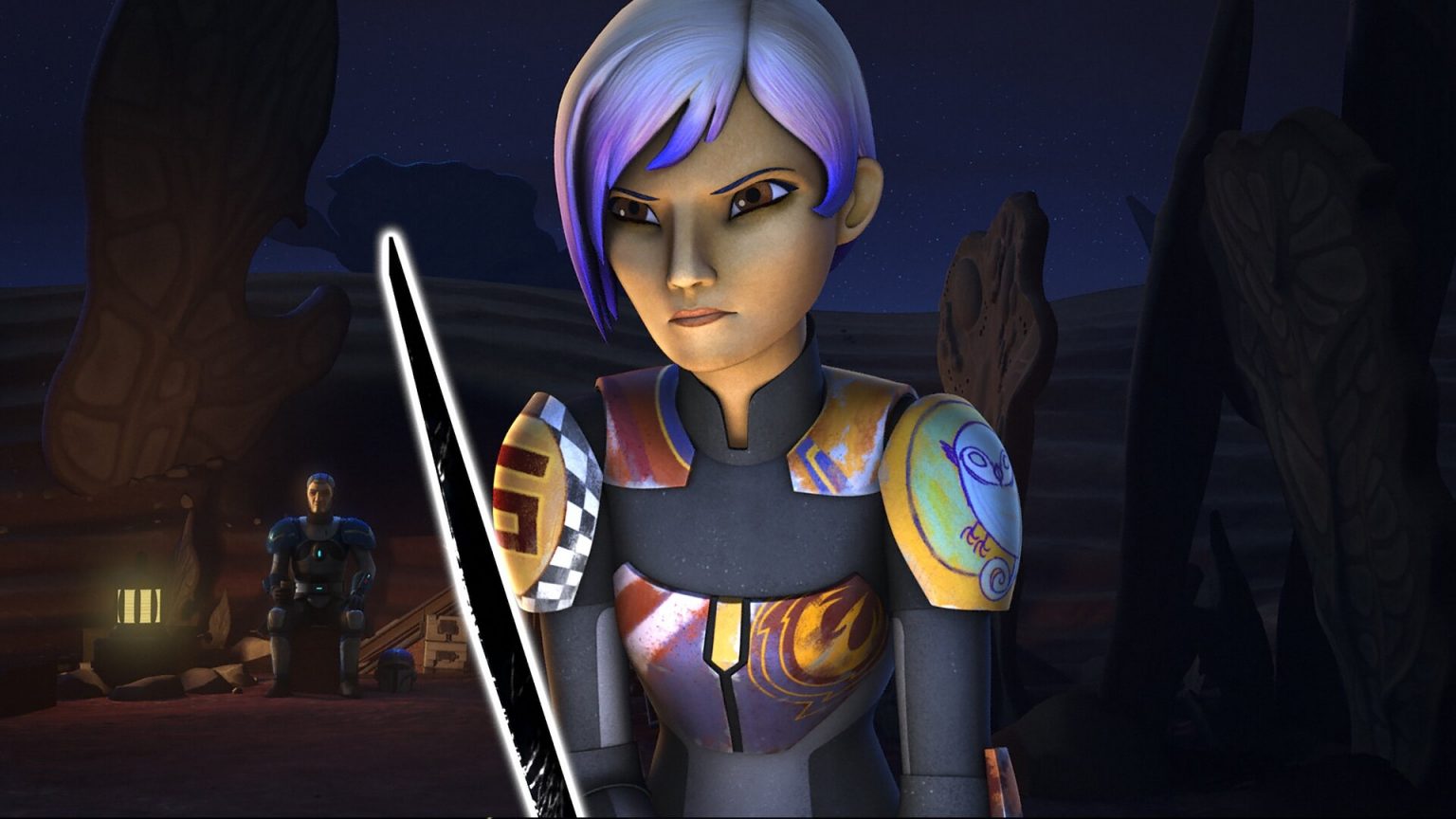 A new report indicates that Lucasfilm is actively looking for their live action Sabine Wren. Sabine is a young Mandalorian who was introduced in “Star Wars Rebels.” The character is HIGHLY likely to appear in the upcoming Disney+ “Star Wars” series “Ahsoka,” which will star Rosario Dawson as the Jedi who appeared in “The Mandalorian” season 2.

Though we know Lucasfilm is currently looking to fill the role, the production has kept the list of possible choices tightly under wraps. As far as fan castings go, voice actor Tiya Sircar in the role seems to be a popular idea. Or, what about another “Battlestar Galactica” alumni- Grayce Park!

So far there is no set release date for “Ahsoka,” but we do know it’ll be AFTER “The Book of Boba Fett,” which will premiere Christmas Day 2021. Following that will be “The Mandalorian” season 3, “Andor,” and “Kenobi.” We’re guessing “Ahsoka” may premiere in the spring or summer of 2022.

One possible story line people have been talking about is Ahsoka locating evil Grand Admiral Thrawn hoping it will lead her to Ezra Bridger.

Since we saw Dawson’s Ahsoka in “The Mandalorian” season two, we’re hoping maybe we’ll get a cameo from the likes of Katee Sackhoff as Bo-Katan Kryze.

Who would you like to see play Sabine in a live action project?