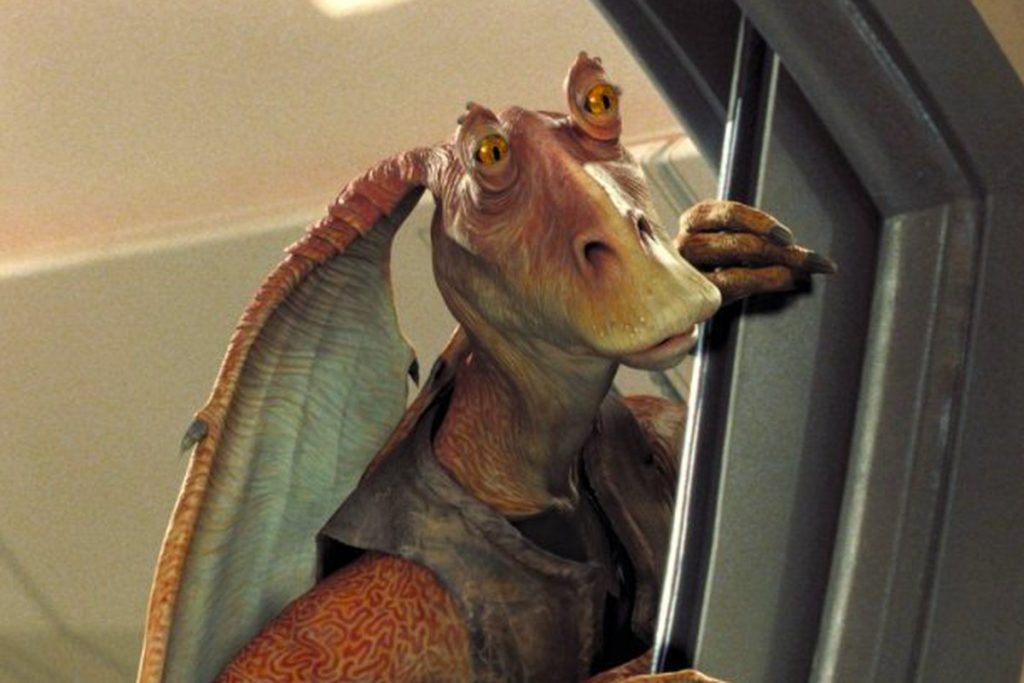 No, Jar Jar Will NOT Be Appearing in Disney+ “Kenobi” Series

For what ever reason, a rumor has been circulating for some time that Naboo Senator Jar Jar Binks would be making an appearance in “Kenobi.” It would make sense in a way, right? Jar Jar still kicking around 10 years after “Star Wars: Revenge of the Sith.”

Disney+’s upcoming limited series recently announced their ‘full’ official cast list, and Jar Jar actor Ahmed Best was not included. No word on if Liam Neeson as Gui Gon Jinn would appear as a Force ghost or not (spoiler- he really wants to). Anakin Skywalker / Darth Vader actor Hayden Christensen *IS* returning for “Kenobi,” though.

Best even offered a straight answer on his Twitter when recently asked by a fan if he was part of the show.

We would actually love to see Best involved in “Kenobi,” given the right story elements. His hosting of the “Star Wars” live action competition series “Jedi Temple Challenge” was wonderful, and Jedi Master Kelleran Beq needs to be in more stuff.

“Kenobi” is filming right now, and we’ll let you know what we hear about updates for that and other productions.