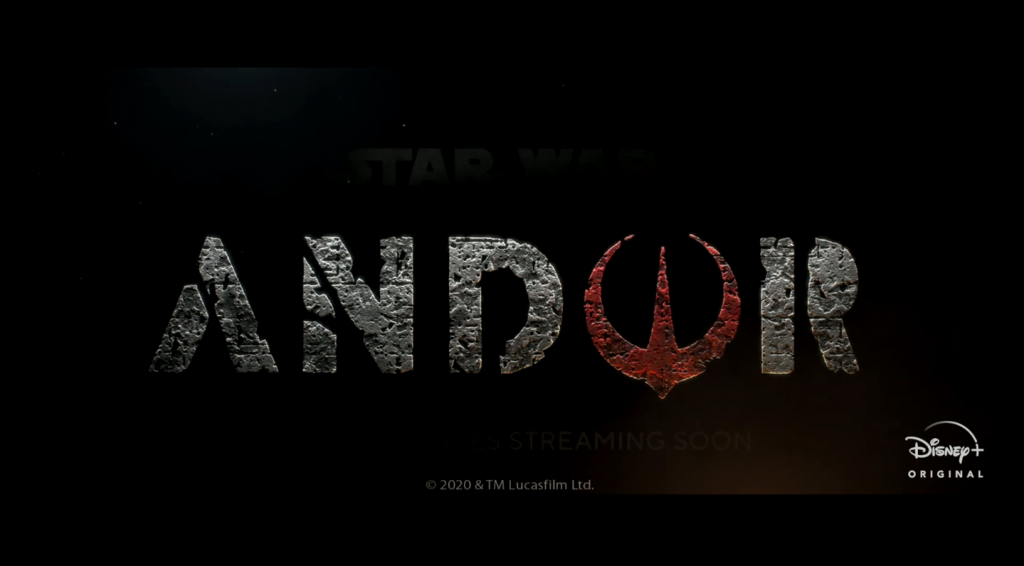 We’ve been anxiously awaiting footage from and news about Disney+’s upcoming “Rogue One: A Star Wars Story” spinoff series all about Cassian Andor. Thankfully, there was a sizzle reel released during yesterday’s Disney Investor Day streaming event that showed off a bit of what’s to come in the show!

Introduced by LucasFilm President Kathleen Kennedy, the reel had a short snippet of an interview with “Andor” star Diego Luna, who played Captain Cassian Andor in the “Rogue One” film.

Luna will not only be starring in the series, but he’s also executive producing, which is cool.

You can see the official reel below:

As you can see, the show will hit Disney+ at some point in 2022, which seems like a long time to wait.