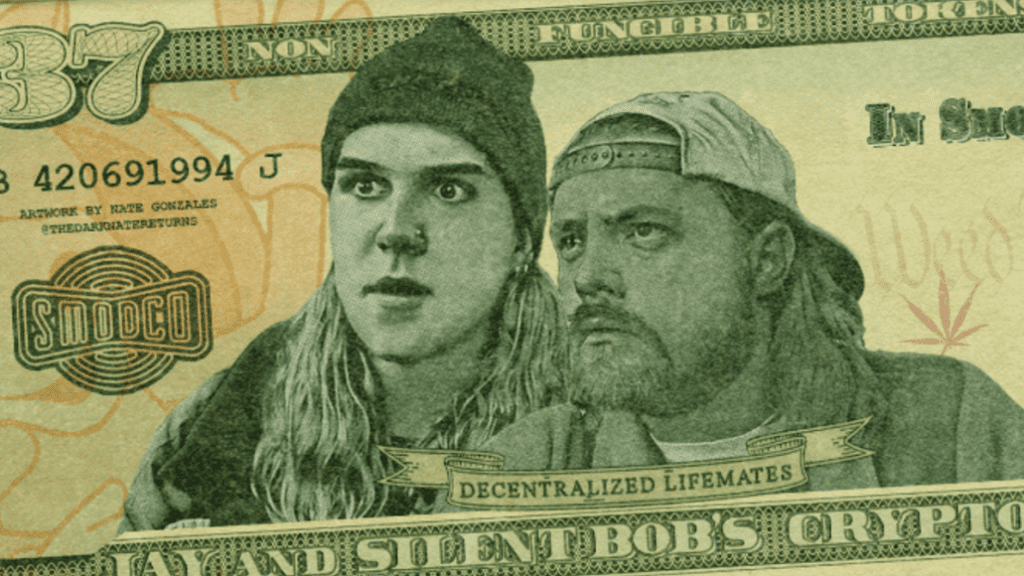 Kevin Smith Selling Next Film “Killroy Was Here” as an NFT

Kevin Smith is going to be selling his fully completed horror film “Killroy Was Here” as an NFT. Non Fungible Token (NFT) is something that is original to the owner. Not only is he selling the film as an NFT, but he’ll include the rights to do whatever the purchaser want with the film.

Whoever comes into possession of “Killroy Was Here” NFT could keep it for themselves and be the only one who ever sees it. Or, they can sell it and distribute it as the owner and make money outside of the blockchain.

Kevin Smith hopes that by doing this he will be opening up a new avenue of indie artists to make money and distribute their creations.

While speaking to Deadline, Smith said:

“As an indie artist, I’m always looking for a new platform through which to tell a story. And Crypto has the potential to provide that, while also intersecting with our almost 25 years of experience selling real world collectibles online and at the brick-and-mortar Jay and Silent Bob’s Secret Stash. Back in 1994, we took Clerks up to Sundance and sold it. Selling Killroy as an NFT feels very similar: whoever buys it could choose to monetize it traditionally, or simply own a film that nobody ever sees but them. We’re not trying to raise financing by selling NFT’s for a Killroy movie; the completed Killroy movie IS the NFT. And If this works, we suddenly have a new stage on which I and other, better artists than me can tell our stories.”

Smith is not only selling his film but intends to fully get into the NFT business. He’s created a new website, Jay and Silent Bob’s Crypto Studio which is a gallery full of Smokin’ Tokens. His tokens will all be linked to his own .crypto address curated by Smith and his company.

We’re really looking forward to Smith’s next big project, “Masters of the Universe Revelation” for Netflix.