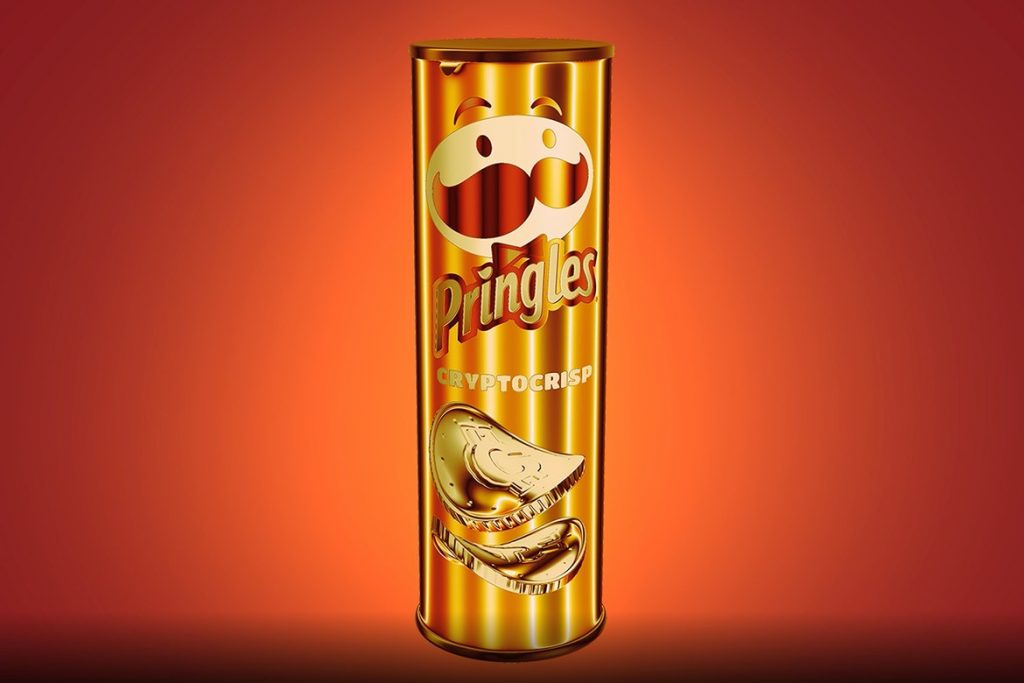 Pringles Launches New ‘Flavor’ in the Form of NFT

How much would you pay for a potato crisp you can’t physically eat? If you’ve ever wondered, you can now find out for yourself thanks to Pringles. The popular brand of chips has latched onto the recent NFT (non-fungible token) trend to release a digital flavor that you can vie for online.

Pringles had teased the release ahead of time through Twitter on March 16th, 2021, and followed it up the next day with the actual announcement.

As the tweet states, the ‘flavor’ is really just a piece of digital art by Vasya Kolotusha, with only 50 individually distinct versions of them being available. That limited run is of course part of the selling point. Even though the art could be copied and replicated, there will only ever be 1 original version for each of the 50 variants. The pieces of art aren’t simply a picture of a Pringles can, but MP4 files of a spinning Pringles can.

Within a day, all of the copies sold. Being that these pieces of art are non-fungible tokens, you can still try to find one on the marketplace should one go up for sale.

The recent rise of popularity in NFTs could partially be seen as a continuation of the trend that cryptocurrencies started. That being said, the two are distinctly different. While the latter has an actual monetary value that can be converted to another form of currency, the same can not be said about an NFT. One can’t take their Pringles CryptoCrisp and turn it into $50.00. Of course, to the right seller at the right time, it may be worth far more than that.

It’s an interesting marketing idea to get Pringles being discussed in the news and social media. After all, here we are writing about it ourselves, and it does help boost the profile of Vasya Kolotusha, whose other work you can check out on their official website.

Outside of the snack world, other artists have used NFT’s to great success and increased exposure. The rock band Kings of Leon made headlines when they announced that their latest album, “When You See Yourself” as an NFT, with each version containing exclusive artwork and various other perks.

Whether or not NFT’s prove to be a long-lasting avenue for distribution and commerce or a passing fad is too soon to say. For the time being, it could be very interesting to see how other companies and artists utilize this means of distribution and ownership to find their way into people’s digital wallets and collections.