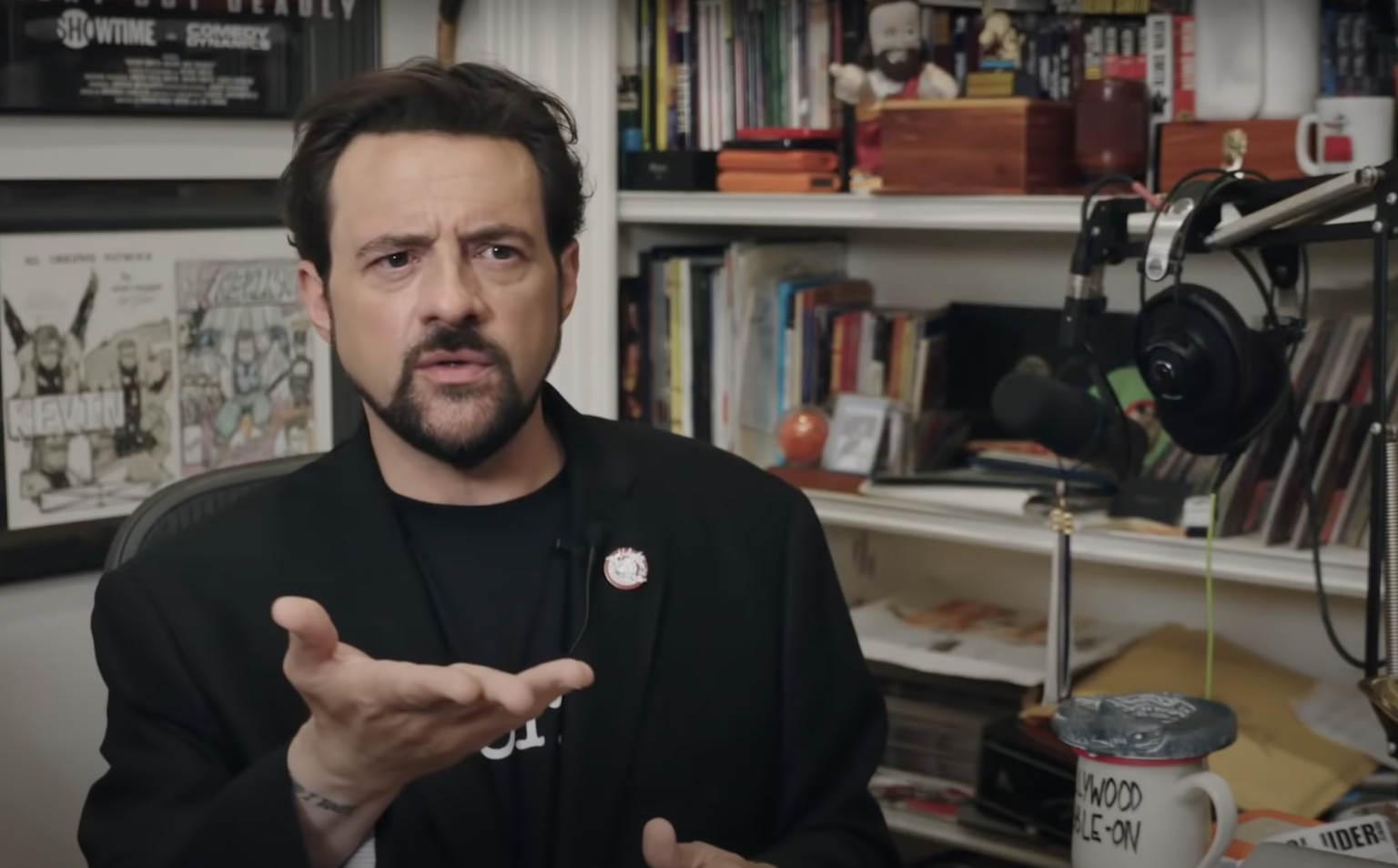 Professional fanboy and filmmaker Kevin Smith has an origin story like many of his favorite superheroes. Simple beginnings, hard work, a little luck from the universe, and BAM- a household name.

He’s also the subject of a new documentary titled “Clerk.”

Described as “An extensive all access documentary examining the life and career of indie filmmaking icon Kevin Smith. Featuring never before seen interviews with friends, family, filmmaking peers, and icons of the film, comedy and comic worlds.”

A trailer was released today, and you should definately check it out if you are a fan of Kevin Smith.