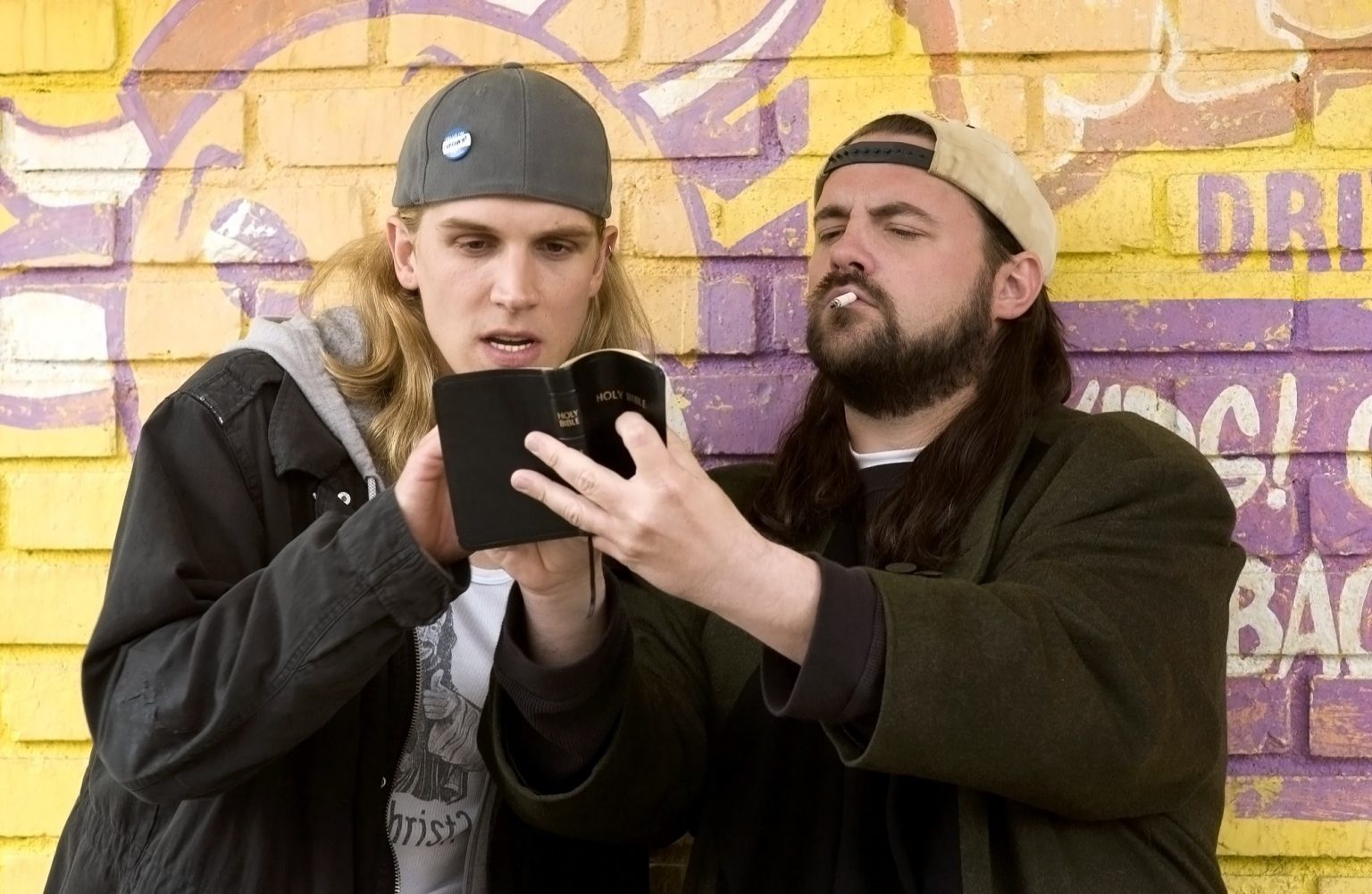 Kevin Smith just posted a “Clerks III” update, including script pages! While it’s not much, he does give fans a bit of hope for when the third and likely final chapter of the Dante and Randall trilogy might see the light of day.

I started writing CLERKS III on December 28th and just finished the 101 page first draft last night! But the writing doesn’t begin when you start tapping the keys: I’ve been stirring this stew in my brain pan for awhile now. So when I sat down to put years of daydreaming into actual words, the typing part of the writing process was pretty brisk. Fake New Jersey (or what I’ve long called the View Askewniverse) has been so much more preferable to visit than the real world lately – but I’ve told the tale I wanted to tell, so it’s time to step back, hand the script off to a trusted few, and then tinker further based on the feedback. For those keeping score anymore, this is actually Clerks III v.2. I had written a different version of Clerks III about 6 years back – one which I’m now very happy we never made (although I used the opening scene for @jayandsilentbob Reboot). This is a much more personal story than the previous incarnation, drawing directly on the heart attack that nearly killed me (3 years ago next month). It was oddly triggering writing those scenes, as it was the first time in awhile I contemplated how close I came to shuffling lose this mortal coil. But far more than make me mindful of my own mortality, this script to Clerks III makes me laugh out loud. Dante, Randal, Elias, Becky, Jay and Silent Bob are all back, and the premise of the flick allows anyone who was in Clerks or Clerks II to return in some capacity. After a bummer of a 2020, this is how I want to spend some of 2021: at @quickstopgroceries in New Jersey where it all began, with friends and family. And when we finally roll cameras on Clerks III, I will know beyond the shadow of a doubt that I *am* supposed to be there that day! #KevinSmith #clerks3 #clerks #clerks2