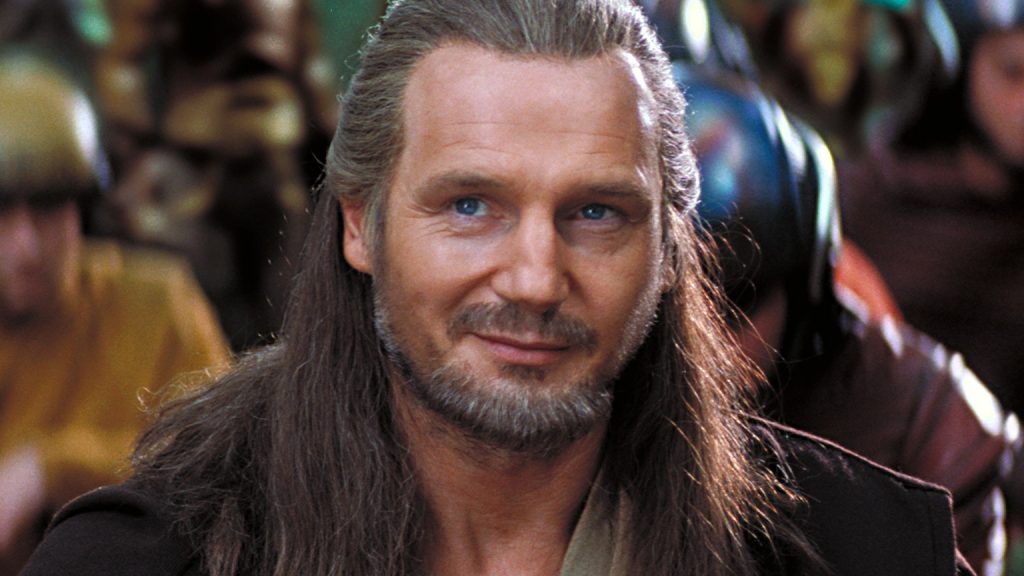 We’re still really excited about the notion that the long-rumored live action Obi Wan Kenobi “Star Wars” tv series is actually happening, and that Ewan McGregor is returning to the Jedi Master role. Even more so that Deborah Chow has proven she can direct the hell out of an episode of some serious galaxy far, far away happenings.

We know that Hayden Christensen, who played teen/young adult Annakin Skywalker in “Star Wars: The Clone Wars” and “Star Wars: Revenge of the Sith,” is coming back as not only Annakin but DARTH VADER for “Kenobi.” This was announced during that massive Disney Investor Day newsapalooza in 2020.

Turns out that yet-another “Star Wars” prequels star wants to return to the fold as well, and we’re not sure how we feel about it?

While speaking to Collider, Liam Neeson apparently said that he’d be up for returning as Jedi Master Qui Gon Jinn, Obi Wan’s teacher and friend who was cut down in combat by Darth Maul (Ray Park), Sith, during “Star Wars: The Phantom Menace.”

Now, this exact response needs some explanation, because as Collider says, Neeson commented that he believes “Star Wars [is] starting to fade away from [the] cinema landscape.” The outlet pointed out this isn’t the case necessarily, and that yes, fans would love to see him back as the green lightsaber carrying Jedi Knight.

You can watch Collider’s interview with Neeson here.

Filming for “Kenobi” is supposed to start in March of 2021, but with the current UK shutdowns still ongoing, this is likely to change. We’ll let you know what we hear about this and other stories.