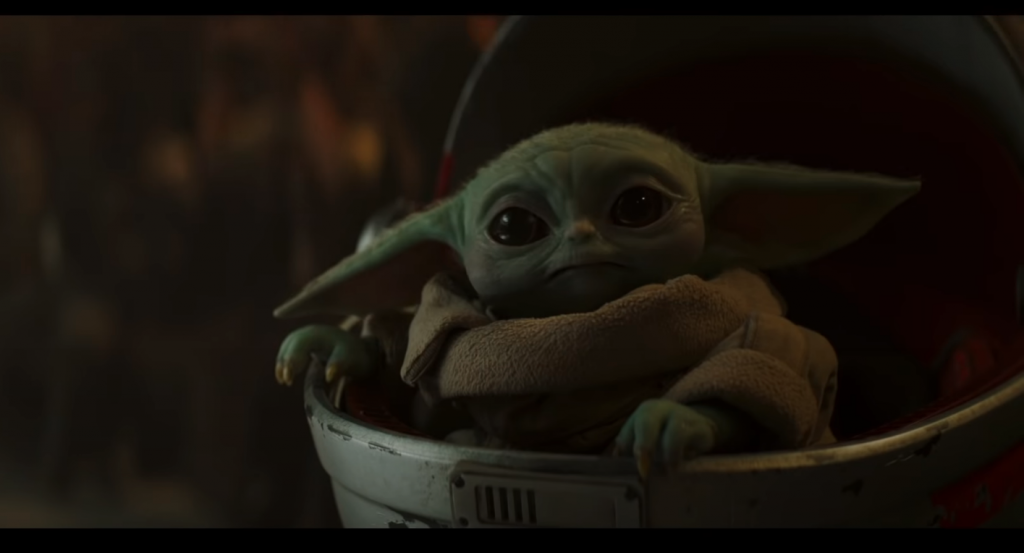 This morning we were treated to the first trailer for the upcoming second season of Disney+’s “Star Wars” live-action television series, “The Mandalorian.” Needless to say, reactions have been overwhelmingly positive from across the galaxy far, far away.

There is plenty of The Child aka Baby Yoda to be had in the trailer, and we were absolutely DELIGHTED to see flashes of iconic Star Wars characters, vehicles, and settings.

The Mandalorian and the Child continue their journey, facing enemies and rallying allies as they make their way through a dangerous galaxy in the tumultuous era after the collapse of the Galactic Empire.

We’ll start at the beginning-

What the hell is wrong with The Razor Crest?!

As the trailer starts, we see The Mando’s ship The Razor Crest all messed up and struggling to make it’s way to the planet in the distance….

There is a Bantha! A Tusken Raider! Snow! Gamoreons wrestling! A Zabrak! (All male Dathomirians are Zabraks, but not all Zabraks are Dathomirians.)

Also, a blink and you’ll miss it shot of WWE wrestler Sasha Banks in black robes (and judging from the voice over, we’re supposed to assume she’s a Jedi), confirming her involvement with the series.

Check out our screenshot gallery:

We can’t freaking wait to see Pedro Pascal, Brendan Wayne, Carl Weathers, Gina Carano (not you), and Giancarlo Esposito (who doesn’t appear in the trailer, unless he’s in that nifty tiefighter?).