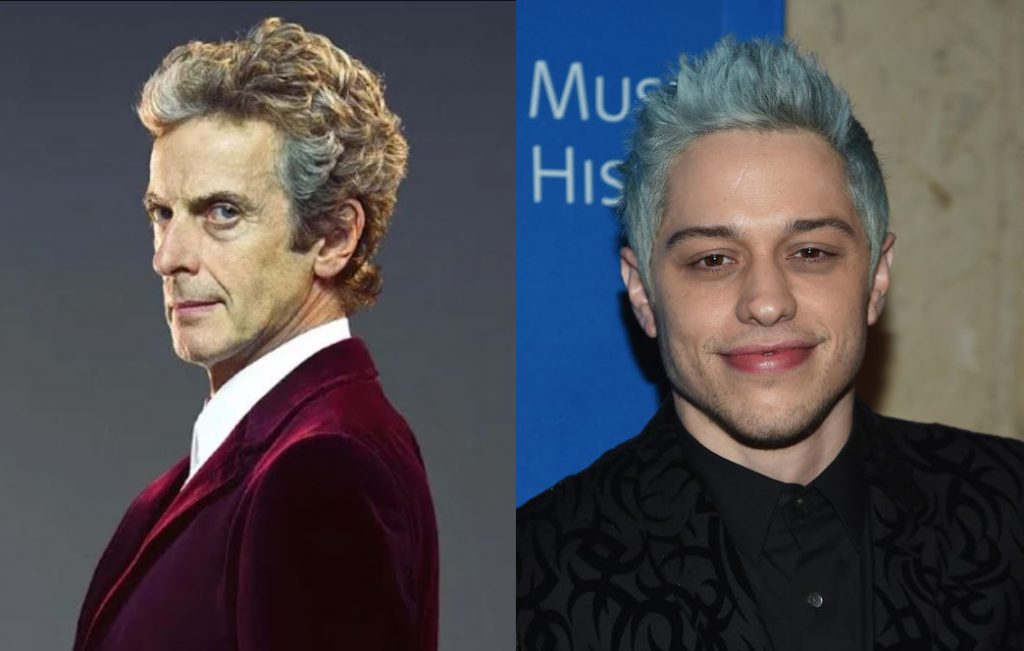 Things are moving along for James Gunn’s Suicide Squad 2 with talk of new cast additions, in this case, a tale of two Petes

Peter Capaldi, most recently the 12th Doctor from 2012-2017 on the long-running show Doctor Who, will be joining the cast. The 61-year-old Scottish Capaldi is a BAFTA and Oscar-winning actor. In addition to his work for the BBC (acting and directing) he has appeared in the movies World War Z, Paddington 2, and Christopher Robin. His role in Suicide Squad 2 is not yet known.

Capaldi isn’t the only new cast member with sci-fi roots, as Nathan Fillion (Firefly) was recently announced as a cast member and Thor Ragnarok director Taika Waititi will also be appearing in an unknown role (Waititi played the Kronan Korg in Ragnarok and Endgame).

It is also rumored that Saturday Night Live’s Pete Davidson will shoot a “small cameo” for the film between breaks on SNL. Davidson joined the SNL cast in 2014. Davidson could also be heard this summer as the voice of Jerry in Angry Birds 2.

Capaldi (and maybe Davidson) will be joining returning cast members Margot Robbie (Harley Quinn), Viola Davis (Amanda Waller), Jai Courtney (Captain Boomerang), and Joel Kinnaman (Rick Flag). Will Smith will not be returning as Deadshot. Other new cast members aside from Fillion and Waititi include Idris Elba (unknown role, not Deadshot – maybe Bronze Tiger?), David Dastmalchian (Polka-Dot Man), Daniela Melchior (Ratcatcher), Flula Borg, and comedian Steve Agee as the voice of King Shark. Agee had previously appeared in Gunn’s Guardians of the Galaxy Vol 2 as Gef. (Guardians alum Michael Rooker had been previously linked to the role of King Shark). Guardian Dave Bautista had been linked to the role of Peacemaker but then had to drop out, reportedly replaced by John Cena. Benicio del Toro was rumored to be in talks for the main villain, The Mayor.

Gunn has writing as well as directing credits for Suicide Squad 2; hopefully, his version will fare better with critics and fans than the first movie. Gunn will be finishing up work on the DC film before starting work on Guardians of the Galaxy Vol. 3 for Marvel following his rehiring. Not much is known about the plot of Gunn’s Suicide Squad 2, except presumably it will feature some bad guys forced to do good.

Deadline has reported that a script reading for the film will be held on September 11, followed by the start of production on September 23 at Pinewood Studios in Atlanta.