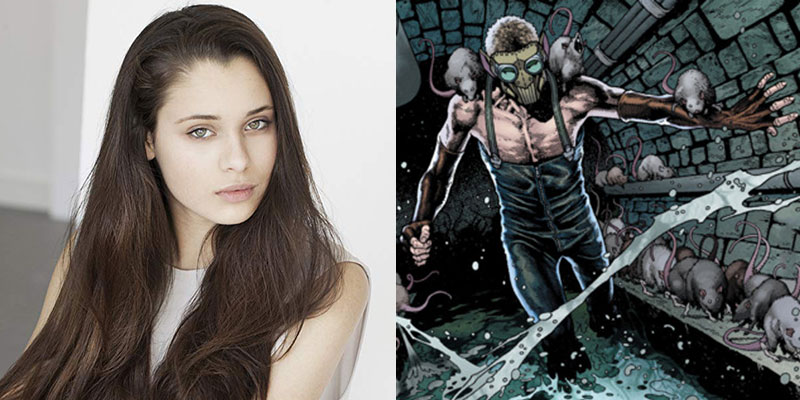 James Gunn’s group of villains for Suicide Squad 2 is growing. It had been rumored that returning cast members Margot Robbie (Harley Quinn) and Jai Courtney (Captain Boomerang) would be joined by such villains as Peacemaker, Polka-Dot Man, Ratcatcher, and King Shark. Dave Bautista may be taking on the role of Peacemaker and David Dastmalchian has been cast as Polka-Dot Man. Now it appears Portuguese actress Daniela Melchior is in talks to play Ratcatcher. Other possible new cast members are John Cena and Idris Elba in as yet unknown roles, although at one point Elba was rumored to be replacing Will Smith as Deadshot.

Ratcatcher or Otis Flannegan is a Batman villain that first appeared in Detective Comics #585 (1988). His main ability is controlling an army of rats. He had once been an actual ratcatcher in Gotham but eventually turned his abilities to crime. The casting of Melchior would mean a change in the character’s gender and possibly also backstory. It is rumored that Ratcatcher might have some tie to Elba’s unknown character.

Prior to her casting in Suicide Squad 2, Daniela Melchior has been acting in Portuguese TV and films, including soap operas Mulheres and Valor da Vida since 2014.

Suicide Squad 2 is expected to begin filming in September and be released August 6, 2021.