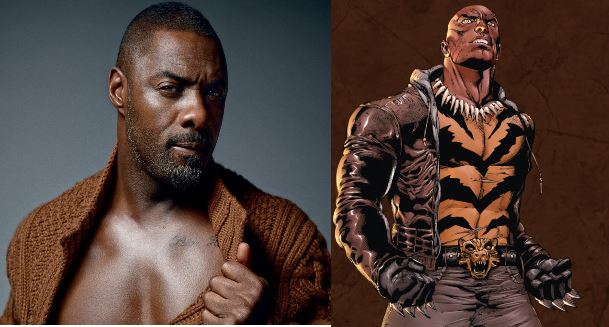 Will Idris Elba Be Bronze Tiger in “The Suicide Squad”?

Rumors are swirling around Idris Elba’s character in Suicide Squad 2: The Suicide Squad again. Initially, it was rumored that Elba would replace Will Smith as Deadshot. That rumor was debunked leaving a big question as to who Elba would play in the movie. Now we have a new possible role for Elba: Bronze Tiger. This might make sense as Bronze Tiger was a main character during the time John Ostrander wrote “Suicide Squad”, which James Gunn has claimed was his favorite run of the comic.

Benjamin “Ben” Turner or Bronze Tiger first appeared in DC comics in “Richard Dragon, Kung Fu Fighter #1” in 1975. Ben Turner is a master martial artist who partnered with Richard Dragon to work for G.O.O.D. Both had traveled to the Far East to study under the same master, O-Sensei. Turner was later brainwashed and turned into the master assassin Bronze Tiger as part of the League of Assassins. He was eventually rescued by Rick Flagg and Nightshade and deprogrammed by Amanda Waller. He became part of the Suicide Squad as second to Flagg and later as the leader. On TV, Bronze Tiger appeared in the second and seventh seasons of the CW’s Arrow. He was played by Michael Jai White. Bronze Tiger has also appeared in animated DC films.

This rumor comes from Mark Hughes at Forbes from an article in which he discusses Robert Pattinson’s casting in Matt Reeves’ The Batman.