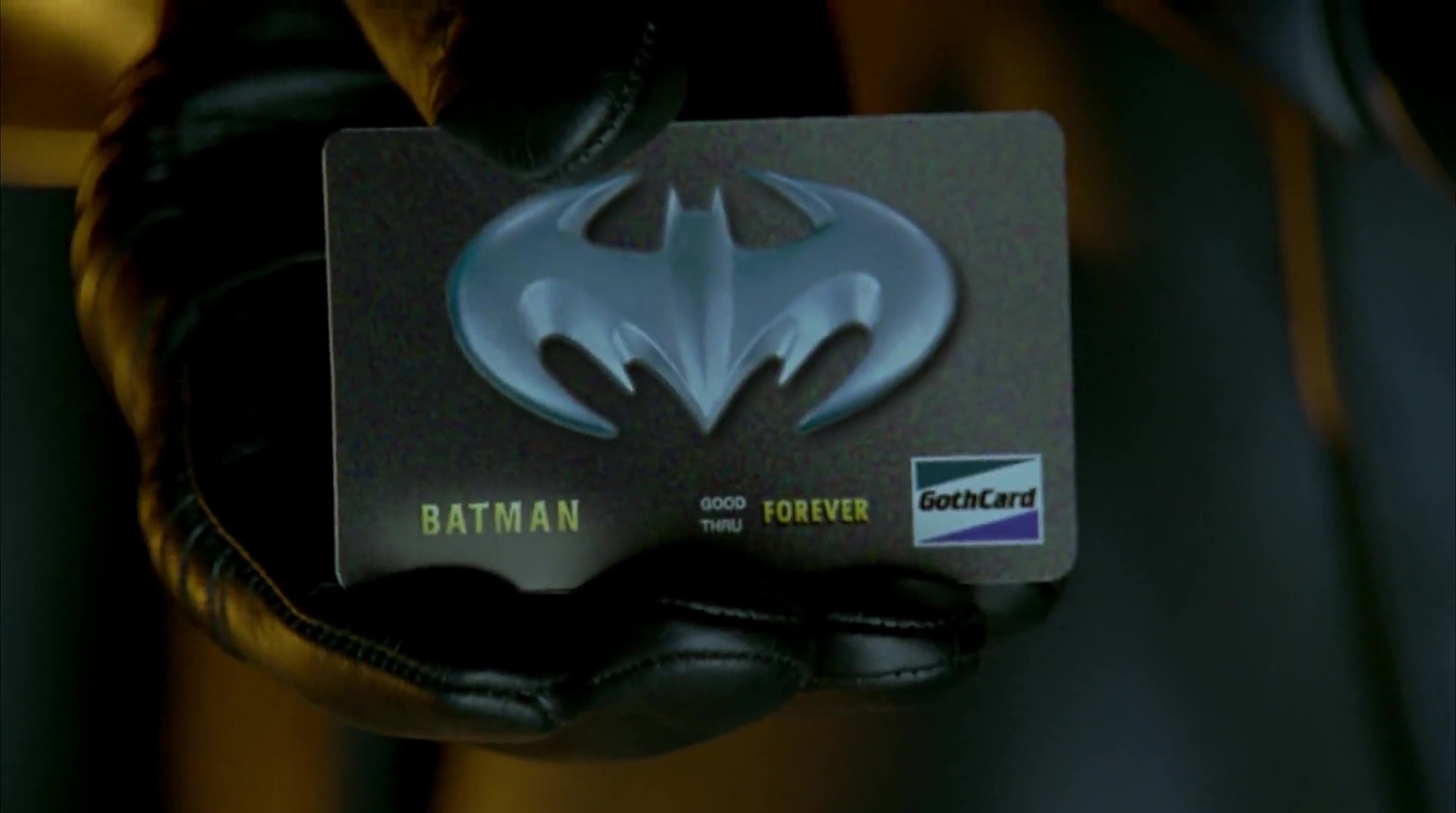 The DC Power Rewards Visa: Never Leave the Cave Without It?

If you attended San Diego Comic-Con back in July and happened to stop by the DC Entertainment booth, you may have been pitched a unique credit card offer by a friendly sales associate. The DC Power Rewards Visa, which comes in 7 unique art styles including Batman’s infamous “bat card” from the film Batman and Robin, promises a plethora of perks and rewards for the ultimate DC Comics nerd including 20% off of WB’s Studio Tour and tour merchandise, 10% off on purchases at shopdcentertainment.com, 10% off on the DC Universe annual subscription service, and other perks that “money can’t buy.”

The card also offers “Ultimate Hero Rewards,” which are rewards perks that can be purchased through rewards points accumulated from using the Power Rewards card. These rewards include DC Comics merchandise, Fandango promo codes, travel reservations, theme park visits, and some really unique perks such as premiere tickets to the upcoming Birds of Prey film, getting drawn into DC Comic art, and a full tour of DC’s headquarters in Burbank, CA.

The point reward system is pretty straight forward — 3 points on every dollar spent on DC/WB related products as well as other qualifying entertainment, 2 points on dining and gas, and 1 point on everything else. But does the DC Power Rewards Visa delivery on all its promises? For the past month I have been intermittently using my DC credit card to see if it is worth adding to the utility belt.

Not long after returning from Comic-Con my card arrived in the mail. I picked the “bat card” since I thought it would go well with my Batman cosplay that I wear at events. Thus far, it has been a fun ice-breaker that has delighted many who have gotten the reference. Unlike most credit cards, the Power Visa’s numerical sequence is on the back rather than the front of the card so as to not interfere with the artwork. This is nice since it allows me to flash my bat card without making me susceptible to identity theft. The card also came with a ton of legal paperwork, data on interest rates and credit limits, and a big cardboard foldout full of DC artwork that detailed all the Ultimate Rewards perks.

Setting up online banking for the card was challenging at first, since their website is rather bare-bones and was also fairly glitchy in the first couple weeks of launch. I was careful not to use the card in the beginning because their online banking site continually suffered from broken links, lag, and other log-in issues. After speaking with a representative, I was informed that the site had just gone live the week after SDCC and their IT department was working hard on fixing the various bugs. Since then, most of these issues have been resolved, though I do get the occasional error message when trying to view my rewards points. To be fair, most specialty retail cards have problems at launch so I was not particularly surprised by any of this.

When I felt comfortable finally using the card, I began noting which purchases yielded the highest points. Thus far in my journey, the vast majority of my spending only earns the 1 point for every dollar return. This is because the majority of 2 point purchases can only be earned from participating restaurants and gas stations. The easiest way to get the most bang for your buck is to purchase DC and Warner Bros. merch directly from their respective websites. That pretty much guarantees you the 3 point Hero Reward.

The biggest issue I had with the credit card was when I tested out its discount perks. I initially bought 2 items from shopdcentertainment.com to see how the 10% reward works. Neither their massive packet of information they mailed to me nor their website offered any details on how to activate the discount, so I just made the purchases with the DC Power Rewards card and waited to see what happened. Not surprisingly the discount never came, so again I called card services to see what the issue was. What did surprise me was that card services had no idea about the discount feature at all. The representative apologized for the issue and blamed it on “growing pains.”

I then called Shop DC Entertainment directly to inquire about the issue and was immediately refunded the 10% that the Power Rewards card neglected to take off. I continued to question Shop DC Entertainment on the discount reward and if it’s even a valid feature, and after being transferred to multiple people over the course of a week, I was finally given an answer. In order to receive the discount, the cardholder must enter the first 6 digits of their Power Rewards card into the promo code box when checking out. I was also informed that the discount does not apply to already discounted items as well as Blu-rays and DVDs.

I tried using the discount perk again (I’m getting my Christmas shopping done early this year) and sure enough, the 10% code worked. However, the discount code does not seem to work on ALL full-priced purchases as several items in my shopping cart never received any sort of discount. There could be a variety of reasons for this, but as of now I have yet to investigate this further.

So is the DC Power Rewards Visa worth the effort? If the features on the card all worked correctly it definitely would be in my eyes. The card is still going through some “growing pains” which can make utilizing the rewards a bit of a pain, but thankfully none of the issues have involved purchasing or billing. It is a good credit card for geeks who regularly purchase DC/WB merchandise, have a subscription to the DC Universe streaming service, or regularly go to theme parks. For everyone else with decent credit, you may be better off with Chase’s Freedom Card.