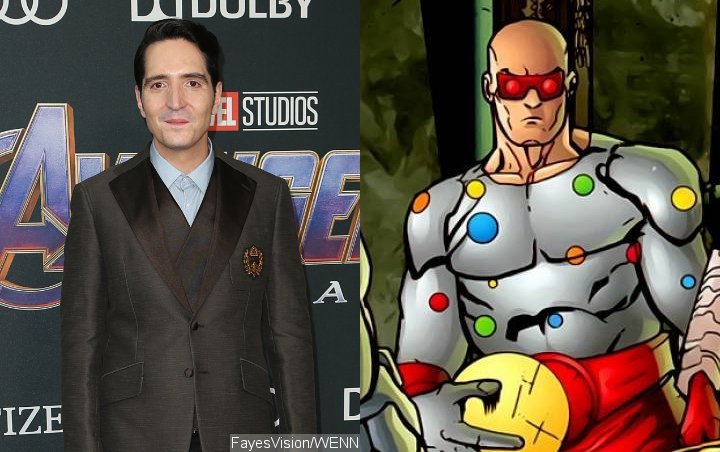 The latest on James Gunn’s Suicide Squad 2 is that David Dastmalchian has been cast to play Polka-Dot Man. Who? That’s right, Dastmalchian will play villain Polka-Dot Man (Abner Krill, also known as Mr. Polka-Dot). Polka-Dot Man was a Gotham City villain and antagonist of Batman and Robin who made his first appearance in Detective Comics #300 in 1962. He wears a white costume covered in, you guessed it, polka-dots. Each polka-dot turns into a different weapon or device when removed from the costume.

Actor David Dastmalchian may be best known for his appearances as ex-convict Kurt in Marvel’s Ant-Man films, but he is not a stranger to DC. He played Thomas Schiff, a henchman of Joker, in The Dark Knight (2008). He appeared as Dwight Pollard in the Batman prequel Gotham on Fox and played the villain Abra Kadabra on The Flash on the CW. He is also set to play Piter De Vries in Denis Villeneuve’s Dune remake. He previously appeared in the other Villeneuve films Prisoners and Blade Runner 2049.

Dastmalchian will join returning cast members Margot Robbie (Harley Quinn) and Jai Courtney (Captain Boomerang). Rumored other new cast members include fellow Marvel alum Dave Bautista (Drax), possibly as Peacemaker; Idris Elba as an as yet unknown character (previously rumored to take over Deadshot from Will Smith); and John Cena as an as yet unknown character. Other villains we may be seeing in Suicide Squad 2 alongside Peacemaker are Ratcatcher and King Shark and now Polka-Dot Man.

At one point in 2017, there were even rumors circulating that the Rock’s Black Adam might appear in Suicide Squad 2, but now it seems Black Adam will get his own film, possibly with the Justice Society of America.

James Gunn, who is writing and directing the film, has said of the material: “I have been an enormous fan of Suicide Squad in all its DC Comics incarnations – but to me there will always be something special about the John Ostrander run. Black ops military tales with disposable, often forgotten super villains?! Pure perfection.”

Only time will tell if Dastmalchian’s Polka-Dot Man is one of the disposable villains. The Suicide Squad is slated for release on August 6, 2021.