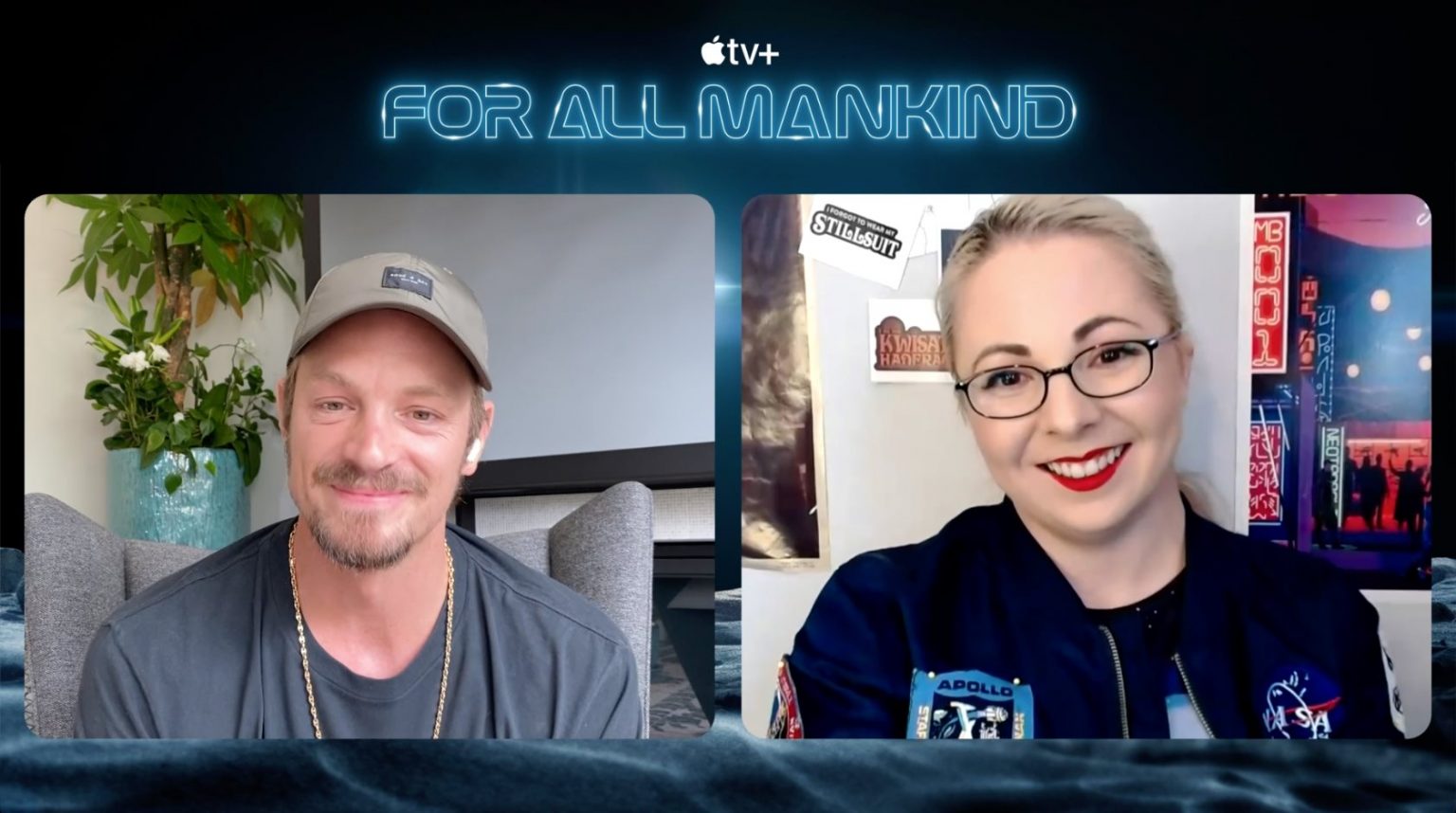 We Got to Interview “For All Mankind” Star Joel Kinnaman

“For All Mankind” is one of those special shows that comes along once in a generation. The Apple TV+ alternative history series answers the questions what if the USA never really got out of the space race, and what would’ve happened if the Russians landed on the moon first?

From the get-go, “For All Mankind” immediately had our attention. Co-created by Ronald D. Moore of “Battlestar Galactica” fame, we knew we could expect a certain level of awesome. It does not disappoint, in any aspect. The show absolutely captures the optimism and endurance of NASA, as well as the dramatic tensions of the age.

The production value alone is astounding. We were lucky enough to tour some of the sets in 2020 right before the pandemic shut everything down, and lemme tell you- Jamestown is JUST as amazing in person.

We were delighted when the opportunity to interview “For All Mankind” stars and creative forces came up. After marathoning most of season 2 ahead of the sessions, we can safely tell fans you are in for some tremendous acting and writing.

Mild spoilers ahead, as season 2 has a 10-year time jump. Jamestown Lunar Base has grown exponentially. Lives have changed drastically for our main cast, and the looming Cold War grows daily. New characters have been introduced, dangers arise, and NASA endures. You can see the official trailer here, and the official series tie-in Apple AR experience here.

Please enjoy my interview with series star Joel Kinnaman (“Altered Carbon,” “Suicide Squad“) who plays astronaut Ed Baldwin. Of course, pulling out this nifty NASA patch jacket seemed like the appropriate thing to do for the occasion.

“For All Mankind” Season 2 kicks off on Friday, February 19th, only on Apple TV+. New episodes will release each following Friday.