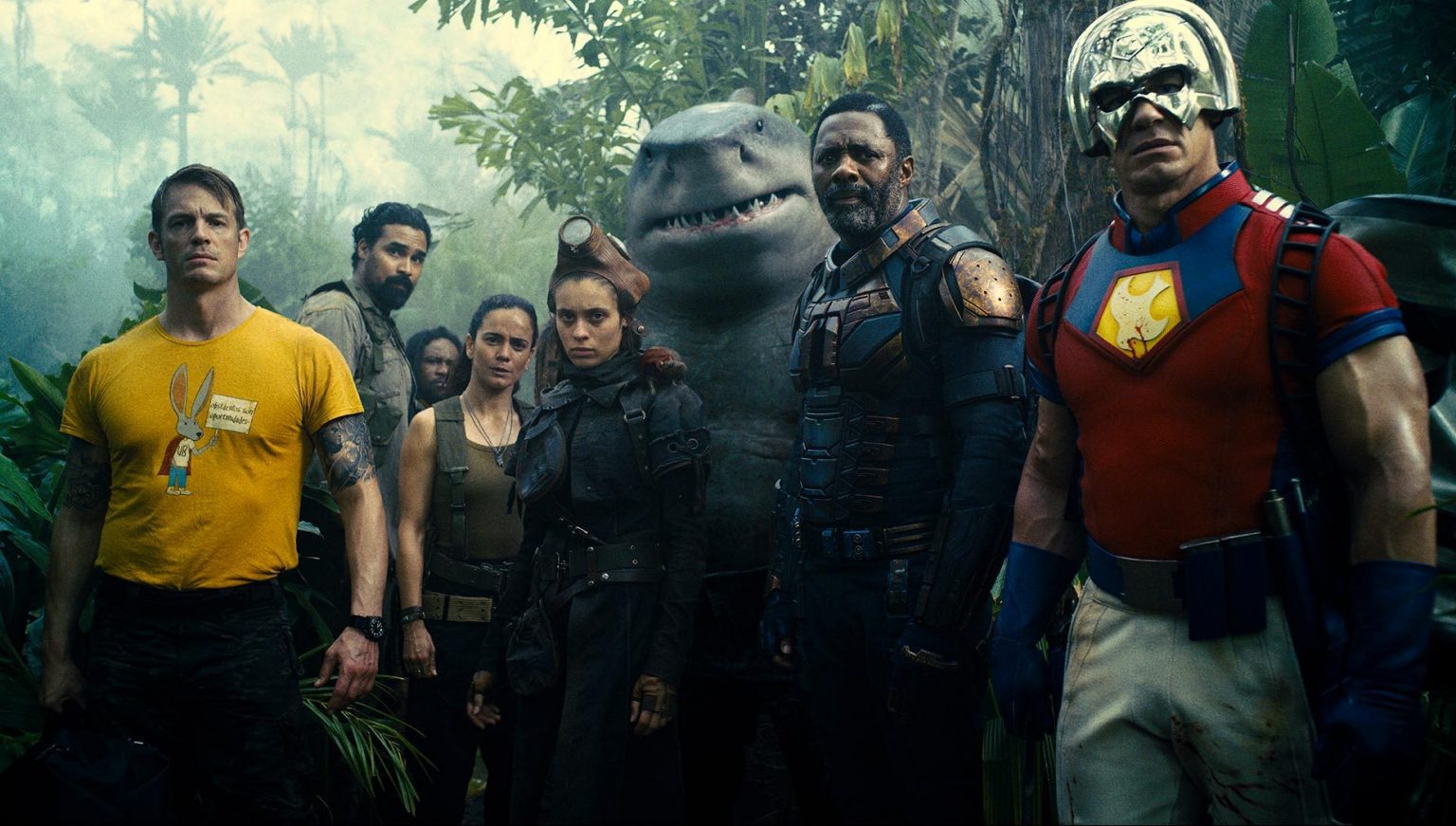 It’s admittedly difficult to wash the the bitter taste of “Suicide Squad” 2016 out your mouth completely. It’s even harder to trust Warner Bros. when it comes to DC Comics properties, delivering far more misses than hits. You’d be forgiven for viewing “The Suicide Squad” with extreme caution, barely allowing yourself to be cautiously optimistic let alone muster up the desire to see another attempt of the same idea.

Luckily for us, this movie mulligan pays off big, with James Gunn delivering everything we could ever want from such a fringe property. David Ayer can rant and rave about studio meddling and how much better his actual movie was supposed to be, but the truth is Ayer’s track record proves he’s incapable of embracing the absurdity and silliness of the characters and stories, something Gunn has proven he has a knack for. “The Suicide Squad” is a beautiful apology for all past transgressions, delivering big laughs and heavy gore, fully embracing the absurdity with skillful abandon.

Written and directed by James Gunn (“Guardians of the Galaxy“), “The Suicide Squad” follows two teams of criminals who have been chosen for the Task Force X project (the suicide squad has a bad connotation to it), lead by Rick Flagg (Joe Kinnerman) and reluctant participant Bloodsport (Idris Alba). Joined by King Shark (voiced by Sylvester Stallone), Harley Quinn (Margot Robbie), Peacemaker (John Cena), Savant (Michael Rooker), Blackguard (Pete Davidson), Ratcatcher 2 (Daniela Melchoir), Polkadot Man (David Dasmalchian) and many, MANY others all controlled by Amanda Waller (Viola Davis), who will quite literally sacrifice everyone to complete the mission and keep any and all secrets from getting out. Tasked with storming the beach of fictional South American island Corta Maltese, the squad must make their way and destroy a dark, experimental secret in the center of the city known only as project starfish.

The first thing that sticks out about “The Suicide Squad” and its immense departure from pretty much everything in the DC filmography is one, the lack of mind numbing exposition and unnecessary set up and two, the pure unwavering focus on the squad themselves. The first is paramount to the enjoyment of the overall film. Gunn approaches this with no frills or bloating, choosing to trust that his audience knows exactly what the signed up for from the jump. There’s no need to spend any time trying to explain what the Suicide Squad is; we know.

“The Suicide Squad” wastes absolutely no time in getting to the point, bringing our anti-heroes together, killing a few right away (or a lot, you’ll have to watch for yourself to see who and how many meet their demise) and getting straight into the big threat. The second allows the squad to be the true protagonists and trims the fat off of everything that doesn’t serve the characters at hand. There’s no tattooed, overly pretentious Leto Joker, no 30 seconds of Batman that feels imported from another film, no heroes or villains that aren’t directly connected to serve the story at hand.

These miner, directorial and written choices make it a lean, purposeful, character-driven film, and allows Gunn to play around with humor and blood as he sees fit as opposed to trying to appease a studio that does not and has not understood what to do with the properties they have aside from mash them all together with any chance they get. The strengths of “The Suicide Squad” lie in the ridiculousness of the characters and their mission, which Gunn zeroes in on and highlights all the right things that make the suicide squad IP interesting the first place. The built in banter over rising body counts and the conscious choice to go with a more contained catastrophe rather than some enchanted, world ending event helps raise the stakes for everyone and everything. You don’t call the suicide squad for world saving missions, you call them to do your dirty work. They’re a black ops, shady government expendable secret, not the avengers, and this simple departure allows the film to get weirder and weirder without ever feeling like it’s out of line or out of touch with its source material.

All of this allows the actors to breath easy and enjoy the ride, and man does it show. Unlike 2016’s “Suicide Squad” that seemed to box in the actors and weigh them down with heavy handed drama, “The Suicide Squad” breaks those chains and lets everyone relish in their roles. Obviously Elba and Robbie are the stars here. And while Harley Quinn is relegated to an ensemble participant rather than the film being built around her, she somehow feels less overly sexualized (Ayer should always be remembered for this as his Quinn shots that border on sexual harassment) and far more empowered, even delivering some touching moments of character and sympathy. Granted, this is over a bloody body she just murdered, but thats the kind of absurd balance “The Suicide Squad” is able to achieve in the right hands.

Perhaps the true stand outs are King Shark, Polkadot Man, and Ratcatcher 2. You never knew how much you needed a lovable, human eating half man half shark voiced by Stallone until this film, and now it’s literally all you want.

Dasmalchian brings his quirky, dead pan weirdness to charming levels here, and has one of the silliest but hard hitting running gags throughout the entire film. Melchoir as a napping young girl who can control rats (yes, really) brings a naivety and charm to the team, and packs an emotional punch with a number of key scenes that really make her one of the best members of the team. The banter and friendly murder competition between Cena and Elba is delightful, and “The Suicide Squad” never forgets that these are, in fact, criminals with body counts and pasts. Sure, there may still be some good in them, but we are always reminded that Task Force X ride the line between good and bad, consistently making morally questionable choices even when the people their killing are suppose to be “the bad guys.”

It is a balanced, absurd, tongue in cheek blood filled movie mania, one that is fun, funny, and yes even heartfelt. It is honestly just a good time at the movies, probably the most fun I’ve had all year. It’s not a perfect film, as the first act does struggle a bit to find its tone and footing and, like most films these days, is maybe 20-30 minutes too long. It’s also in your face gruesome and crass, so anyone thinking that Gunn toned anything down to be palatable for the faint of heart. The body count is high and blood flows freely, and jokes are crude and in your face. If those things all sound like elements you’re into, then “The Suicide Squad” delivers on just about every single thing you’d expect from it.

There is so much to like about this film, and it is easily one of the most surprisingly enjoyable movie going experiences I’ve had in a long time. I won’t get ahead of myself to say that this the future of WB and DC; I don’t trust either as far as I can throw them. But if THIS is what we can come to expect from Gunn, then sign me up for more Task Force X.

“The Suicide Squad” is worth a watch, and the summer blockbuster we’ve been missing in 2021. It opens in theaters and HBO Max on August 6th, 2021.