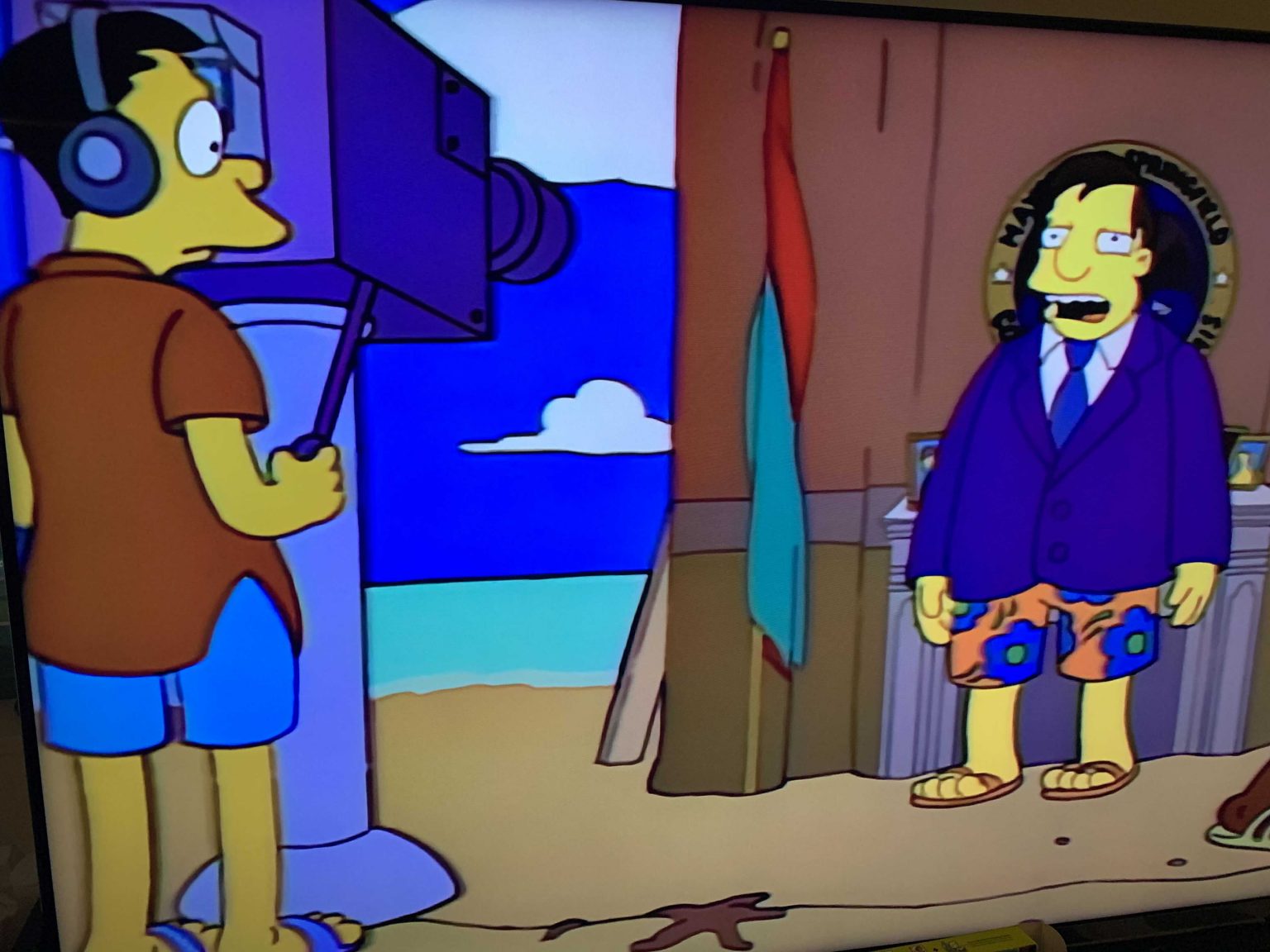 Did “The Simpsons” Predict Ted Cruz’s Cancun Trip Too?!?

Our hats off to those soothsayers, those prognosticators of animation- “The Simpsons.” In yet another example of how the long-running cartoon series perfectly (kinda) predicted the future, the current Senator from Texas travel fiasco involving Ted Cruz almost perfectly lines up with a similar Mayor Quimby moment.

Perhaps you’re aware of the current situation in Texas, where some residents are going on almost 72 hours with no power (and no water in other areas) following a storm of arctic temperatures. A complete collapse of the state’s power grid followed, and the blame was quickly assigned to various renewable energy alternatives (which only account for roughly 10% of the state’s power).

As many residents are doing inventive things to deal with this massive cold snap and subsequent fallout, many eyes have been turning to lawmakers and public leaders of the state. Folks like….Ted Cruz, who for WHATEVER REASON decided it was a good idea if he literally secretly fled his state for Cancun, Mexico.

No really- he did that, and as soon as he was publicly called to task on it, issued some piss-poor reasoning that simply does not hold water.

Which brings us to this “The Simpsons” similarity.

In season 4, episode 21 “Marge in Chains,” Springfield is going through a pretty rough patch. Mayor Quimby records a video, and claims to be canceling his planned trip to the Bahamas to deal with a pandemic hitting his city. But of course, Quimby is already IN the Bahamas, and hides this fact by only having the top part of his torso visible in the video.

Cruz has since returned, booking a flight at roughly 6am this morning. Reports have indicated the Senator’s original trip was scheduled to end on Sunday.