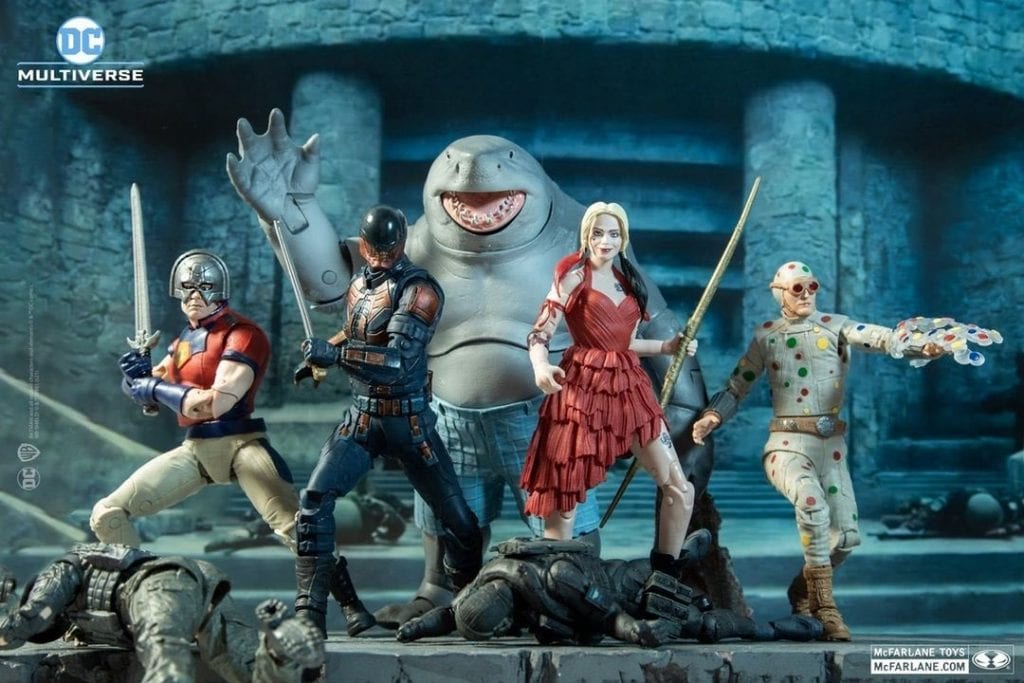 Filmmaker James Gunn shared an image teasing the upcoming McFarlane Toys figures based on “The Suicide Squad” characters. Gunn, who wrote and directed the upcoming DC Comics film from Warner Bros. Pictures, is often our beset source of info on any of his projects.

It would appear that each of the main crew- John Cena as Peacemaker, Idris Elba as Bloodsport, Margot Robbie as Harley Quinn, and David Dastmalchian as Polka-Dot Man- will come with a build-a-figure peace to create King Shark, who is voiced by Sylvester Stallone.

We don’t really know anything else about the figures yet, other than a likely October/November release date.

“The Suicide Squad” is set to release on HBO Max and in theaters on August 6th, 2021.