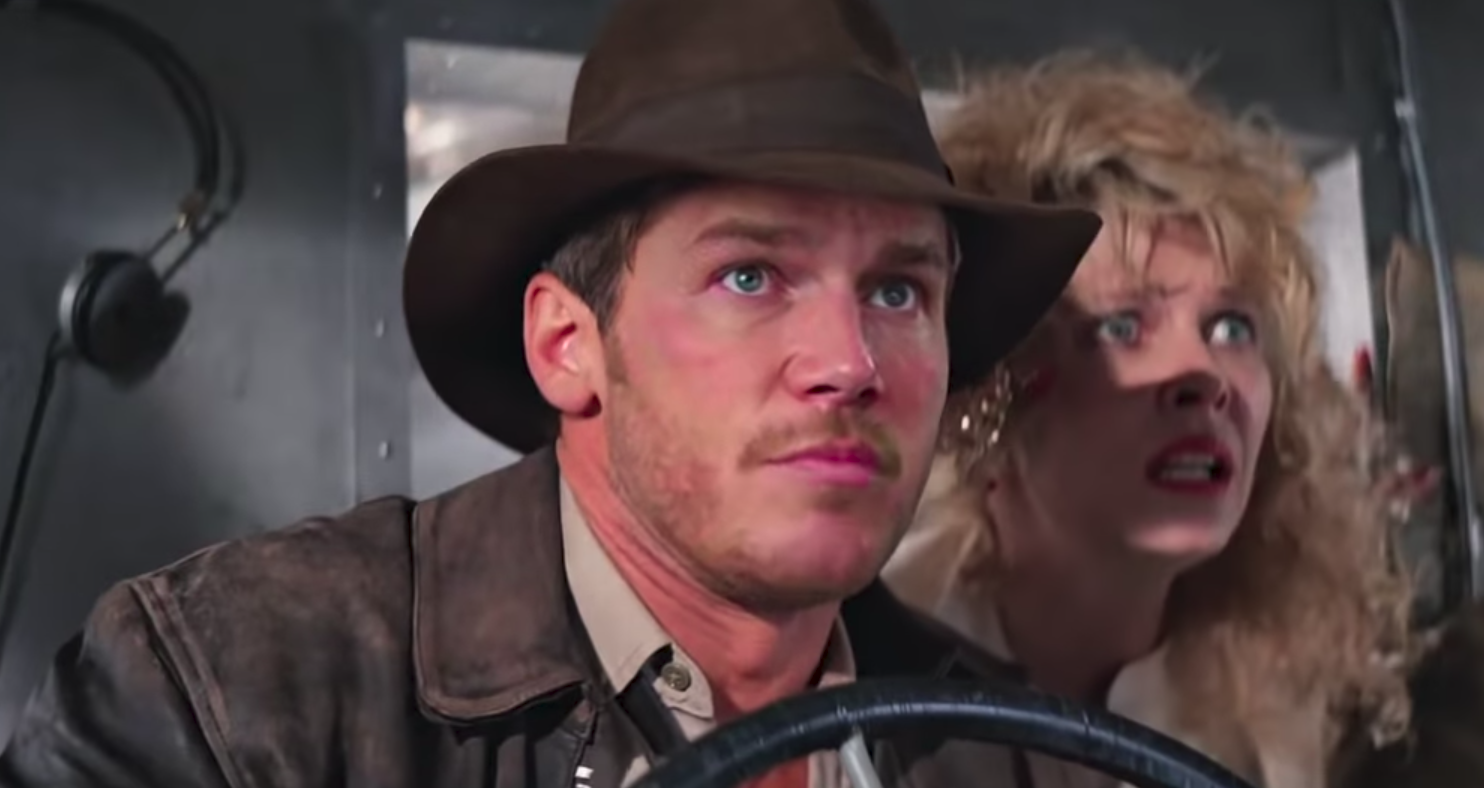 Chris Prat has been in multiple roles in his acting career. Starting out as funny man Andy on “Parks and Recreation,” and developing into more serious action roles over time. He’s been in “Jurassic World” films and that’s given us a taste of what he could bring to action movies. And now we can see what he’d be like if he were none other than Indiana Jones.

“Indiana Jones” has a new movie coming out with Harrison Ford, but that won’t be for a while longer now that things are on hold due to coronavirus. They were supposed to start shooting in April, but as you know the world had other plans. Now we have some great ideas about who else they could include in their next film. And that idea is basically put Chris Pratt in there!

Chris Pratt would be an excellent choice since things didn’t quite work out with Shia LaBeouf in “Indiana Jones and the Kingdom of the Crystal Skull.” In that film, he was supposed to be Indy’s son, and the next one to take on the mantle but due to poor reception it never happened.

This isn’t the first time we’ve gotten a great idea from a Deepfake however. The last big one we saw was when Tom Holland and Robert Downey Jr. were put into a deepfake of them as Doc and Marty McFly. It brought up the discussion of if there would ever be a “Back to the Future” reboot(there won’t be). But it also got the actors themselves talking about the possibility where we learned that there at least had been a discussion.

There have been others as well with Al Pacino as Jim Carrey in “Ace Ventura: Pet Detective.” Or take my favorite, Ron Swanson as Wednesday Addams in the “Addams Family.” Sometimes they create discussion of what could be and other times they create a world that we wish we lived in. Either way though they bring a small amount of joy. So keep making those deepfakes! And we’ll keep eating them up like candy.

What would you think if Chris Pratt really did take on the mantle of Indy? Tell us in the comments what you think!