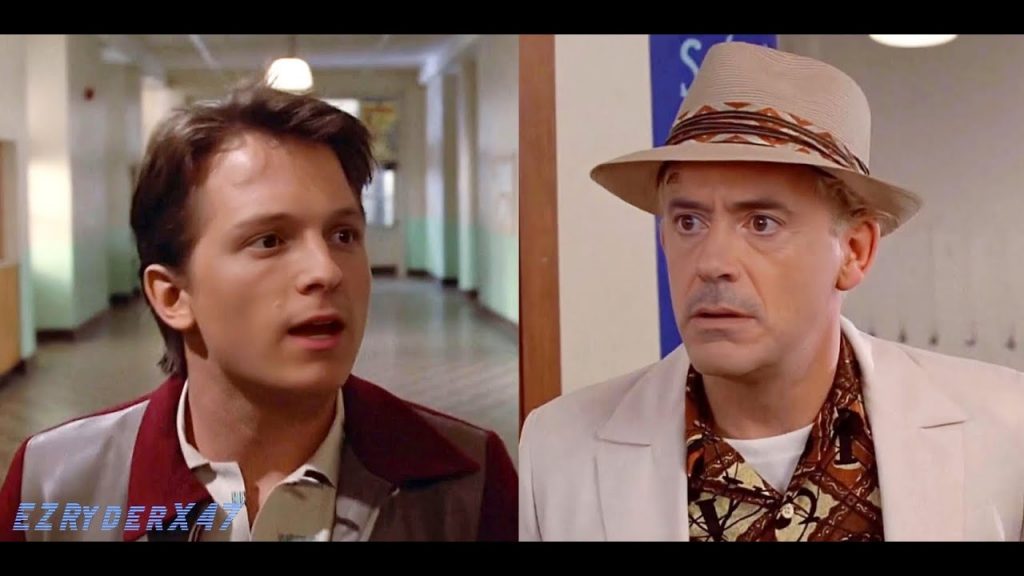 Deepfake videos never cease to amaze me. They do such an amazing job that it’s hard to imagine that they aren’t really performing the part. Now, someone on YouTube has created a mash up of “Back to the Future” with none other than our favorite Marvel dynamic, Robert Downey Jr. and Tom Holland.

Check out EZRyderX47‘s film down below.

They’ve also created another scene with Tom Holland as Marty Mcfly. It’s longer but this one is a bit weird to see Tom’s hairline in. At least for me anyway.

It always makes me wonder if this will start some chain reaction somewhere. You know, in Hollywood where they tend to ‘re-imagine’ things from time to time. If they did want to expand this universe that wouldn’t be a bad idea, but I would hope it would be an inspired by film instead of a direct remake.

What do you think of RDJr. as Doc and Tom Holland as Marty Mcfly? Tell us in the comments!