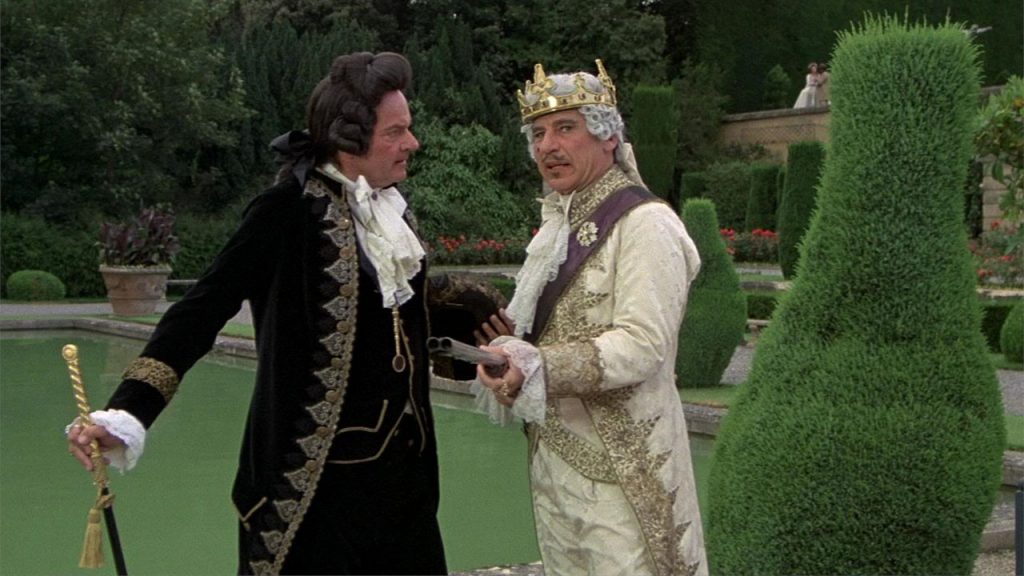 Hulu Teams with Mel Brooks For “History of the World: Part II” Series

In 1981, director/writer/comedian/actor Mel Brooks brought us “History of the World: Part I.” Despite getting a lukewarm critical and commercial reception, the film has gone on to become a cult classic and one of the few Brooks films that is not an explicit parody of other films. And while the “Part I” title was only meant to be a playful nod to Sir Walter Raleigh‘s book of the same name, thanks to Hulu and Brooks himself, we’re getting a Part II.

The announcement states that the writer’s room will open in October, with production to begin in Spring of 2022. While the original film was composed of different segments, strewn together with a recurring gag or two to unite them, “History of the World: Part II” will be a variety series, tackling different historical settings in general. I’d personally love to see a live-action version of the oft-forgotten Kids WB show, “Histeria!” and this might be the closest we’ll ever get to that dream.

Brooks will serve as Executive Producer and writer for the series. Joining him will be Wanda Sykes and Nick Kroll. Sykes has been a successful television writer in addition to being an actress and comedienne. Kroll meanwhile has a litany of recent projects under his name, ranging from the Netflix series “Big Mouth,” to appearances on “What We Do in The Shadows” and the revival of “Crank Yankers.” There’s some real talent working on this, which bodes well for the show, unlike another Brooks sequel project, “Spaceballs: The Animated Series” from 2008. Yeah, remember that? It was awful, like REALLY awful.

Even though Brooks hasn’t directed a film since 1995’s criminally underrated, “Dracula: Dead and Loving It,” he has remained active in other entertainment fields, particularly theatre. The stage production of “The Producers” in 2001 netted 12 Tony Awards, and helped establish Brooks as one of the few EGOT (Emmy, Grammy, Oscar, Tony) recipients. Outside of that he’s done voicework for various animation projects, including the “Hotel Transylvania” series and the upcoming “Blazing Samurai.”

There is some legitimate potential in this series; the idea of ripping on history with the kind of satirical wit and Jewish humor that Mel Brooks is so talented at, certainly has a place in the world of entertainment. At 95 years old, the fact that Brooks is still active and trying to entertain is encouraging and certainly makes me feel like I’m not doing as much as I should in my life. Brooks is a legend for a reason, now we just have to hope that this project lives up to his legendary standards.

We can’t afford another “Spaceballs: The Animated Series.” I’m serious. You don’t want to know how bad that was. Here’s hoping for “Jews in Space!”