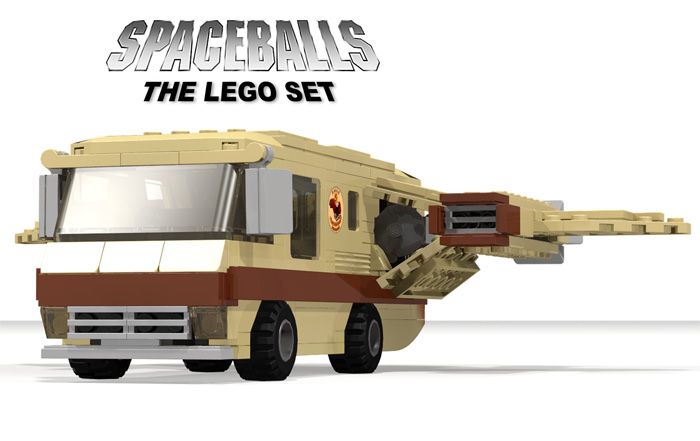 In an unapproved Lego Ideas kit we got to see what could have been. And what could have been was strong with the Swartz. Back in 2016 they launched an effort to get this set off the ground, and despite having 10,000 supporters which was the amount needed it failed. Probably due to licensing issues but maybe also because Lego didn’t see the profitability in it. Now we have these concept images to go off and maybe we can just buy the parts and make our own kits.

“You are looking at Captain Lone Starr’s spaceship the ‘Eagke 5’ and yes; it’s a Winnebago with wings! The space ship is used to save prinsess Vespa from the evil President Skroob and Dark Helmet.

The Set will include the ‘Eagle 5’ and Captain Lone Starr with his Schwartz-saber. Also included are the secret hyper jets in the rear of the ‘Eagle 5’! (No one will expect a Winnebago having secret hyper jet, not even Dark helmet). The Eagle 5 ‘Hero for Hire’ logo will come as a printed piece with the set.”

Lego if you’re listening, we want this!! If there is anyway to get this project off the ground lets do it. Someone who has a connection to the Lego gods, whisper in their ear so we too can comb the desert.