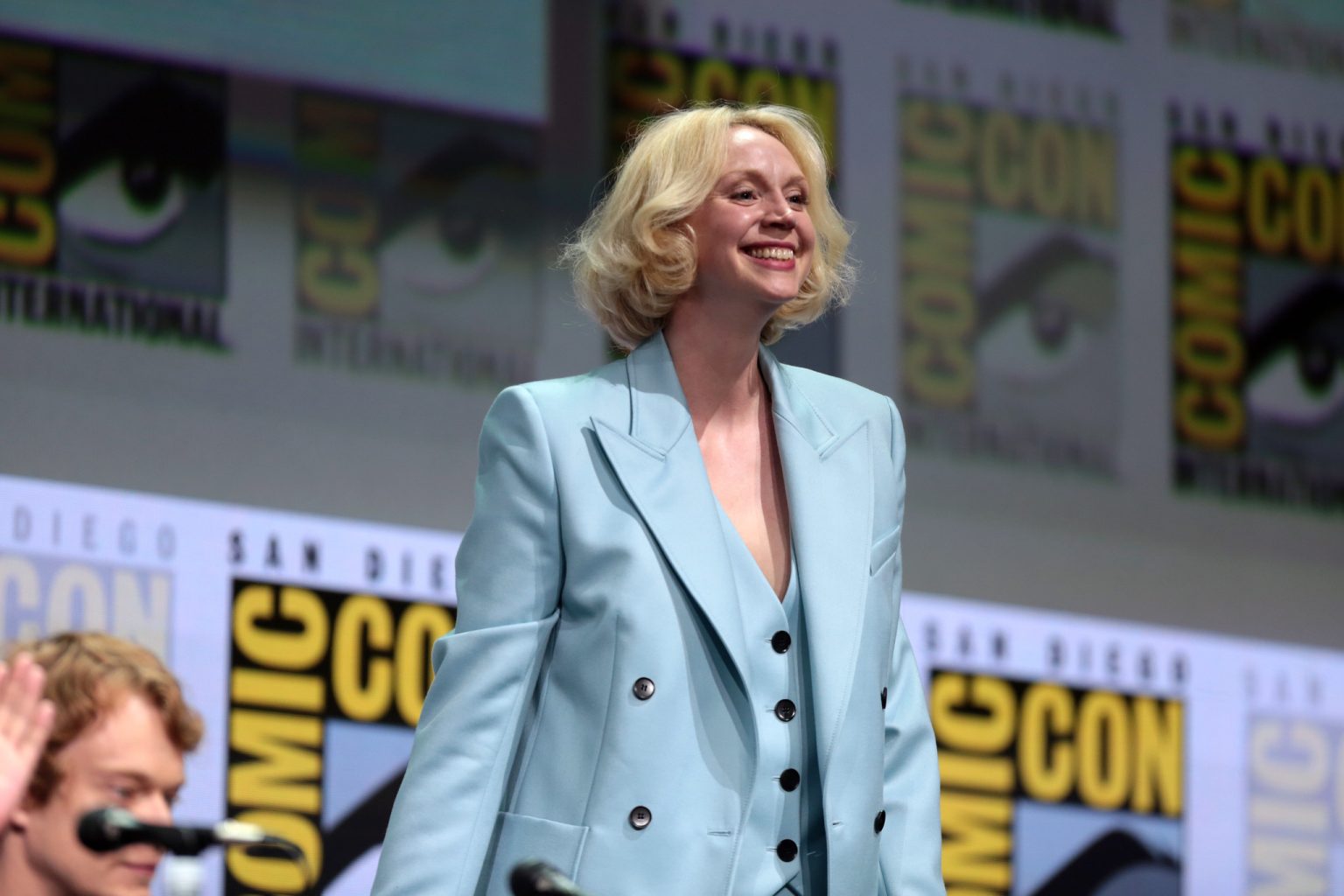 Your First Look at Gwendoline Christie’s Lucifer in “The Sandman”

Fans of “The Sandman,” feast your eyes on your first look at Gwendoline Christie as Lucifer! During DC’s FanDome event, the glorious fallen angel was revealed.

For those who take issue with Christie’s casting in the role, “The Sandman” author Neil Gaiman took to Twitter to quickly call out the absurdity of the complaint.

For those hoping for a release date Gaiman had more light to shed on that as well. It seems the post-production schedule for the show will mean we will have to look to 2022 at the earliest. We’ve waited this long for an onscreen adaptation and we are fine with waiting a bit longer for it to be done right.

Sweet Nothings In Your Ear

For those looking for a much more wholesome Twitter exchange. Gaiman shared the story of the first time he met Kristen Schaal who plays Delirium in the Audible “The Sandman” series.

Schaal and Gaiman first met when she happened to randomly be his waitress in New York. She politely made her appreciation for “The Sandman” known to the author. A special shout out to Tori Amos who was Schaal’s gateway to the series. Amos inspired the character of Delirium.

Then, years later the two met again at Edinburgh (Fringe Festival) where Schaal reminded Gaiman of their first meeting. The stars clearly aligned for Schaal now has the pleasure of voicing Delirium.

Of note, Audible is offering “The Sandman” audio drama free to U.S. listeners through October 22, 2021.

With the bevy of “The Sandman” news barreling in, we can’t wait to see Christie in the upcoming Netflix series. In the interim, we’ll happily listen to the Audible adaptation.