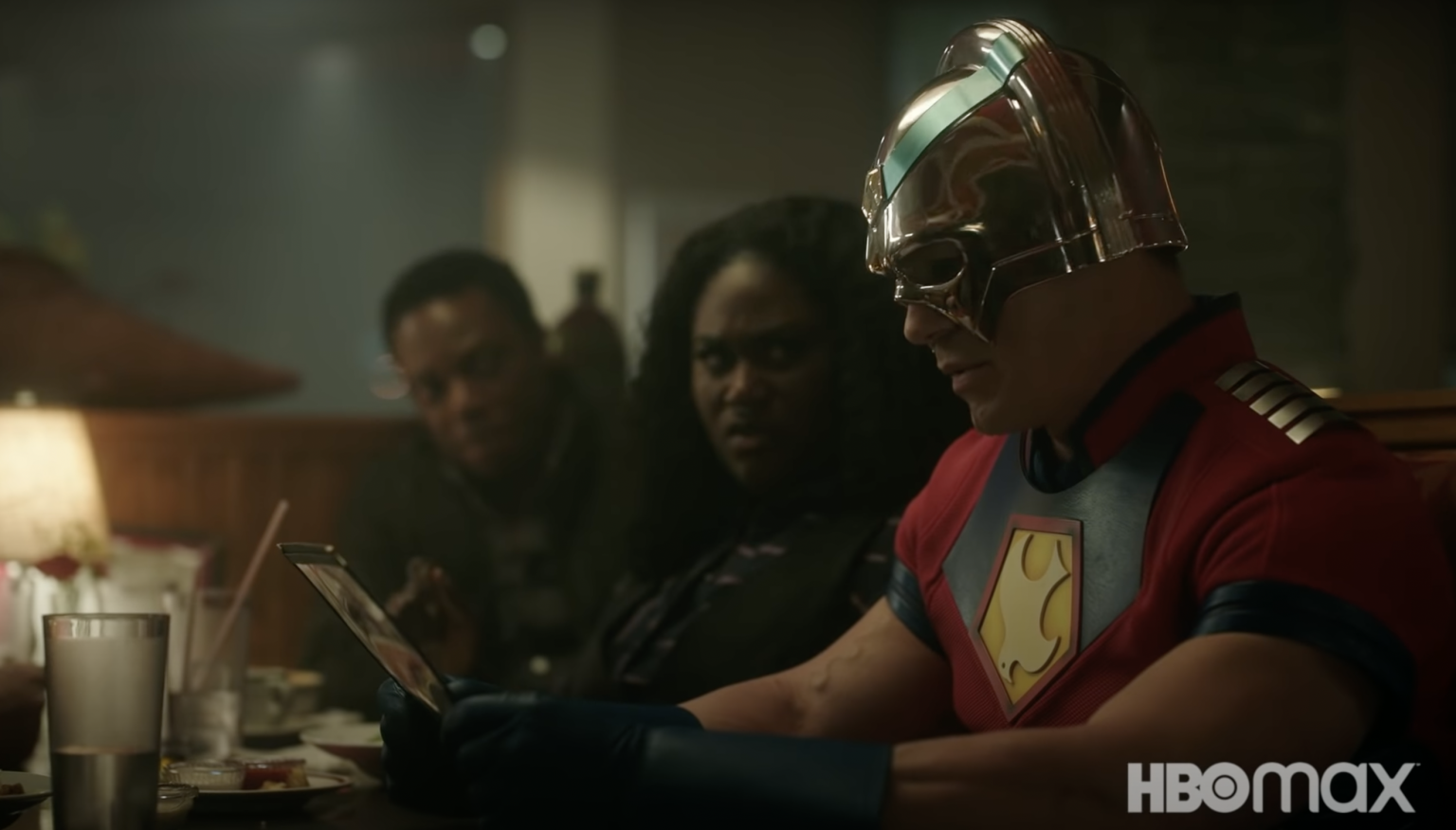 If you had told us a few years ago that we’d be getting a “The Suicide Squad” spinoff series focused on Peacemaker, we would’ve laughed at you. No, seriously. Why in the world would that premise ever work?! The answer? James Gunn and John Cena.

Sure, make your own “but you can’t see him” jokes, but after the success of WB’s “The Suicide Squad,” sure seems like Peacemaker is on a whole other level. This could be a good thing, could be a bad thing, but will absolutely be a thing we’ll probably watch.

This morning, HBO Max released an exclusive clip of the upcoming series.

Just…don’t call it a costume.

“Peacemaker” will premiere exclusively on HBO Max in January 2022.