I’ll be honest, I can’t tell you why it took me so long to start watching “Supernatural.” It’s a show that has many of my favorite things: monster hunting, demons, and pie. Since quarantine I’ve learned that the only shows that air from 10am to 3pm are “Friends,” “Charmed,” and “Supernatural.” In addition, my girlfriend and her family are diehard fans, so I had already seen a number of episodes out of context.

With the entire series landing on Netflix, I decided it was time to start the series from the beginning.

Supernatural is a fantastic albeit formulaic show that fills the void left by its predecessors while also paying homage to them. Filled with monster and religious lore, the show follows the Dean and Sam Winchester; brothers who are forced into a life of monster hunting after the horrific death of their mother at the hands of a yellowed eyed demon. Their journey quickly becomes larger than the either of them could have imagined, and with the help of some unlikely allies, they work to stop the coming apocalypse that they inadvertently started.

Starring Jared Padalecki and Jensen Ackles as Sam and Dean Winchester, they are the driving force of the show. While fan favorite additions like fallen angel Castiel (Misha Collins), father figure Bobby Singer (Jim Beaver) and the sexy, slick talking thief Bela Talbot (Lauren Cohan) are fun to watch, it’s the brothers that really drive the show. I know that there aren’t teams in Supernatural, but if there were I’d be team Dean.

Ackles’ charming, hard nose, no nonsense approach Dean is a true joy to watch. Both of them have terrific chemistry, and prove their acting chops with an incredible range of emotions. But Dean is the standout for me, and I love to see Ackles in more film and television. After 110 episodes, I believe Ackles is a criminally underrated actor.

It’s important to note that while the show has a total of 14 and half seasons, it was suppose to end at season 5. While I’ve only seen bits and pieces of latter seasons, the end of season 5 is a clear conclusion to the Winchester journey. It is not uncommon for shows to continue long past their expiration date, and time will tell wether or not Supernatural should have ended when they intended. For myself, if there was nothing beyond the season 5 finale it would be still be a satisfying conclusion for the show. With strong themes of family and sacrifice, Supernatural does a terrific job in staying compelling even if at times it becomes repetitive.

While many would consider the formula of the ‘monster of the week’ episodes ala “The X-Files” to be a criticism, I actually find it to be one of the strengths of the show. Always self aware, Supernatural never pretends to be something other than what it is. It even goes as far as to draw attention to some of the more common tropes the Winchesters do over an over again in a ‘Supernatural Convention’ themed episode. It is here where we see that the showrunner and writers are acutely aware of the show they are making.

While the show gets pretty heavy handed with their religious lore and the battle between heaven and hell, it never seems to lose sight of what they’re trying to accomplish. I have always appreciated shows that are unafraid to poke fun at themselves, and while Supernatural gets heavy sometimes, they always find ways to let the viewers know that the ride is suppose to be fun. Ackles and Padalecki do a great job tapping into whatever emotion the episode calls for, be it fun, dramatic, sad, or just outright silly. It is clear that all the actors on the show enjoy their work and it shows throughout their performances throughout the seasons.

The first 5 seasons of “Supernatural” are a fun, dark, and twisting ride through monsters and demons, with the occasional stop for a slice of pie and good bacon cheeseburger, extra bacon. I think we all wish we could eat like Dean Winchester and still look like Dean Winchester. It will be interesting to see how the show moves forward after such a definitive conclusion.

For now, I am thoroughly enjoying the ride in the demon hunter 1967 Chevy Impala. 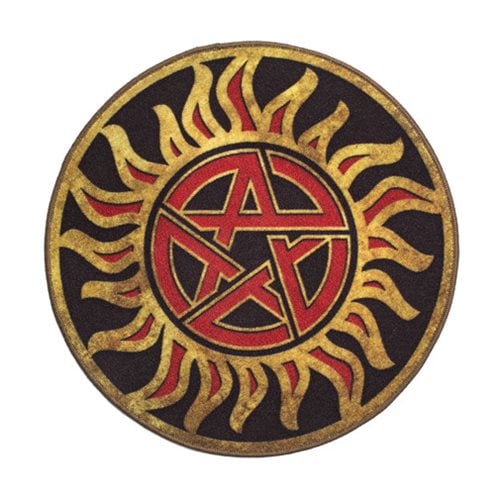