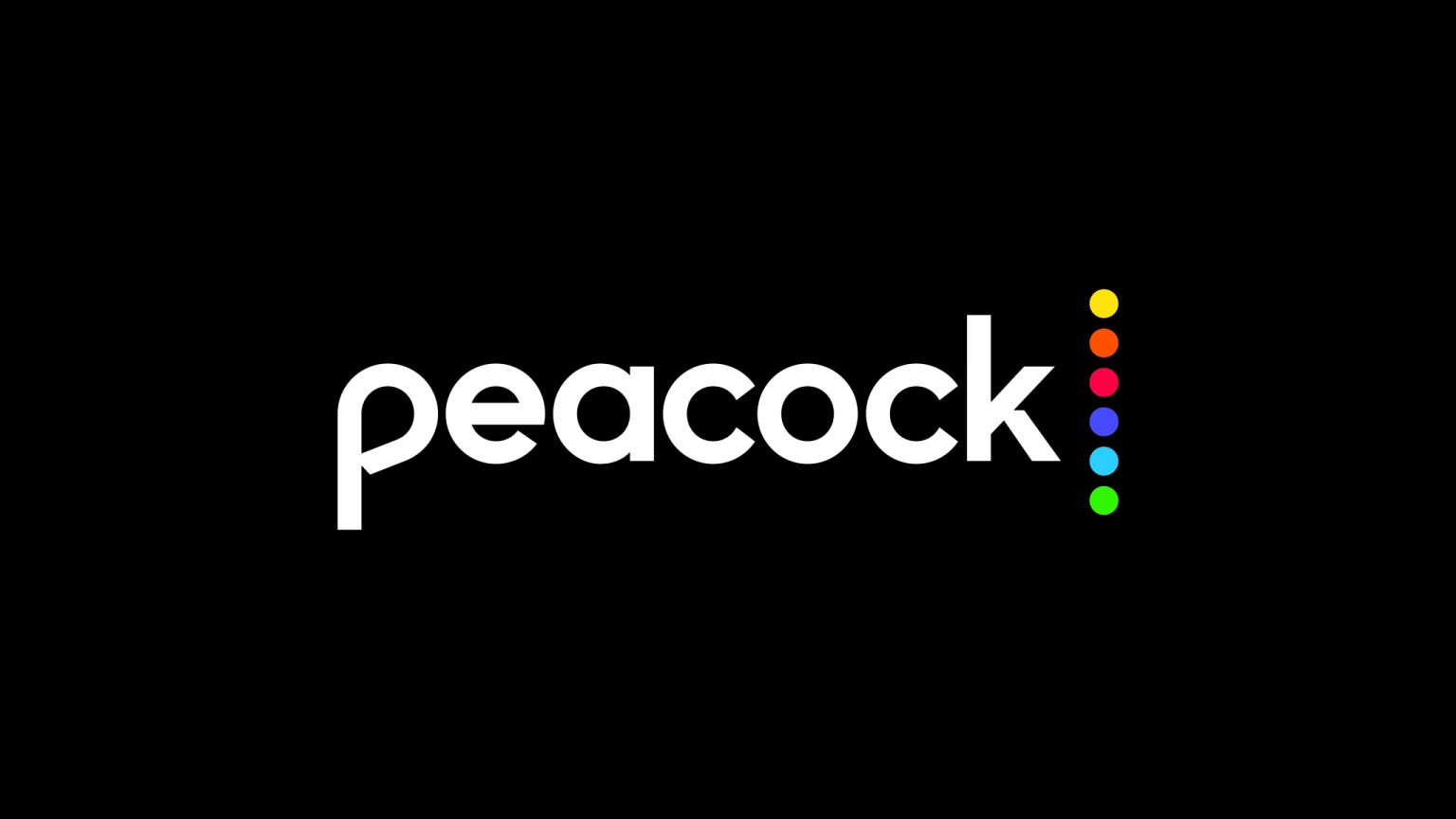 NBC Universal is getting into the streaming wars in a big way later this summer with the release of their service, Peacock. Today, the studio unveiled the first round of offerings expected to hit the service, and one of them has us scratching our heads in a big way.

Cleopatra in Space is a comedic adventure focusing on the untold story of Cleopatra’s teenage years. Viewers can follow Cleo (Lilimar Hernandez, Bella and the Bulldogs, Knight Squad) as she is transported 30,000 years into the future, to an Egyptian-themed planet that is ruled by talking cats and where she discovers she is the prophesied savior of the future world. In order to prepare for her role and mission, Cleo is sent to an elite academy where she has to train to take on the bad guys, figure out how to eventually get herself back home to Egypt, as well as tackling the highs and lows of being a teenager in high school.

Based on the award-winning graphic novel series by Mike Maihack, Cleopatra in Space is executive produced by Doug Langdale (The Adventures of Puss in Boots) and Scott Kreamer (Kung Fu Panda: Legends of Awesomeness).

“Our variety of Peacock Originals at launch demonstrates how we deliver timely and timeless content – no matter the genre or format,” said Bill McGoldrick, President of Original Content, Peacock. “We’re proud to establish our voice and are excited to build on our strategy to attract a wide audience to Peacock.”

Based on Aldous Huxley’s groundbreaking novel, Brave New World imagines a utopian society that has achieved peace and stability through the prohibition of monogamy, privacy, money, family, and history itself. As citizens of New London, Bernard Marx (Harry Lloyd, Game of Thrones, The Theory of Everything) and Lenina Crowne (Jessica Brown Findlay, Winter’s Tale, Downton Abbey) embark on a vacation to the Savage Lands, where they become embroiled in a harrowing and violent rebellion. Bernard and Lenina are rescued by John the Savage (Alden Ehrenreich, Solo: A Star Wars Story, Hail, Caesar!), who escapes with them back to New London. John’s arrival in the New World soon threatens to disrupt its utopian harmony, leaving Bernard and Lenina to grapple with the repercussions.

The Capture is a conspiracy thriller that looks at a troubling world of fake news and the extraordinary capabilities of the intelligence services. When soldier Shaun Emery’s (Callum Turner, War & Peace, Fantastic Beasts: The Crimes of Grindelwald) conviction for a murder in Afghanistan is overturned due to flawed video evidence, he returns to life as a free man with his young daughter. But when damning CCTV footage from a night out in London comes to light, Shaun’s life takes a shocking turn and he must soon fight for his freedom once again. Detective Inspector Rachel Carey (Holliday Grainger, Strike, Patrick Melrose) is drafted to investigate Shaun’s case, but she quickly learns that the truth can sometimes be a matter of perspective. The Capture also stars Ron Perlman (Hellboy, Hand of God), Famke Janssen (X-Men, Taken), Ben Miles (The Crown, Coupling), Laura Haddock (Transformers: The Last Knight, Guardians of the Galaxy), Lia Williams (The Crown, Kiri), Sophia Brown (Clique, Marcella) and Paul Ritter (Chernobyl, Friday Night Dinner).

From Heyday Television and NBCUniversal International Studios, a division of NBCUniversal Content Studios, The Capture is created, written and directed by Ben Chanan (The Missing, The People Next Door). Executive Producers are David Heyman (Marriage Story, Once Upon a Time…in Hollywood), Rosie Alison (Paddington 2, The Light Between Oceans) and Tom Winchester (Endeavor, Bouquet of Barbed Wire) for Heyday Television, Tom Coan (Hanna, The Long Song) for NBCUniversal International Studios, Ben Irving (Gentleman Jack, Silent Witness) for BBC One and Ben Chanan. Derek Ritchie serves as Producer.

Intelligence is a workplace comedy set in the UK’s Government Communications Headquarters – a kind of weedier, geekier, more bureaucratic version of MI5 and MI6, where they tackle international and domestic Cyber Crime from a desktop. When a pompous maverick NSA agent Jerry Bernstein (David Schwimmer, American Crime Story, Friends, Band of Brothers) comes over from the U.S. to join the team, he enlists an inept and tactless computer analyst Joseph (Nick Mohammed, The Martian, Ted Lasso, Christopher Robin) in a power grab that threatens to disrupt the team’s ability to combat cyber terrorism.

Santa Barbara Police Chief Carlton Lassiter (Timothy Omundson, This Is Us, American Housewife) is ambushed on the job and left for dead. In a vintage Psych-style Hitchcockian nod, he begins to see impossible happenings around his recovery clinic. Shawn (James Roday, A Million Little Things, Psych) and Gus (Dulé Hill, Suits, Psych) return to Lassie’s side in Santa Barbara and are forced to navigate the personal, the professional, and possibly the supernatural. Separated from their new lives in San Francisco, our heroes find themselves unwelcome in their old stomping grounds as they secretly untangle a twisted case without the benefit of the police, their loved ones, or the quality sourdough bakeries of the Bay Area. What they uncover will change the course of their relationships forever.
Psych 2 is a full-length film.

IN DEEP WITH RYAN LOCHTE

At the 2016 Rio Olympics Ryan Lochte (Celebrity Big Brother, Dancing with the Stars) was at the center of a scandal that has since overshadowed a decorated swimming career that includes 12 Olympic medals. Now a 35-year-old husband and father of two young children, Lochte is hoping for one more chance to make Team USA and prove he’s not the same man he was four years ago.

In Deep with Ryan Lochte is produced by Peacock and NBC Sports Films.

Created and hosted by Dale Earnhardt Jr. (Dale Jr. Download), this series is an exploratory look at great racing cathedrals of the past. Dale Jr. and co-host Matthew Dillner (Dale Jr. Download) tells the stories of speedways that have been forgotten, abandoned, and overtaken by nature. Racing legends join as guests throughout the series.

Lost Speedways is produced by Peacock and Dirty Mo Media, with support from NBC Sports.

First introduced to the world of children’s literacy over 75 years ago, Curious George® was created by Margret and H.A. Rey in 1941 and remains one of the most beloved children’s classics of all-time. The animated series targets preschool viewers and follows the adventures of everyone’s favorite monkey and his insatiable curiosity to bring delightful antics, gentle humor and heartfelt emotion to each fun-filled episode. With a focus on education, the Emmy® award-winning program incorporates early concepts in math, science, technology and engineering and encourages children to use their imagination and expand their own investigations of the world.

Twelve-year-old Waldo (Joshua Rush, The Lion Guard, Andi Mack) and his best friend Wenda (Haley Tju, Bella and the Bulldogs) are members of the Worldwide Wanderer Society—the international order of curious travelers who circle the globe celebrating cultures and solving problems through observation. Their mentor—Wizard Whitebeard (Thomas Lennon, The State; Reno 911: The Odd Couple), a seasoned wanderer—sends these inquisitive young adventurers on international travel missions so they can earn their stripes and someday become wizard-level wanderers too. But standing in Waldo and Wenda’s way is their rival Odlulu (Eva Carlton, Little), who can’t help but cause trouble wherever she goes.