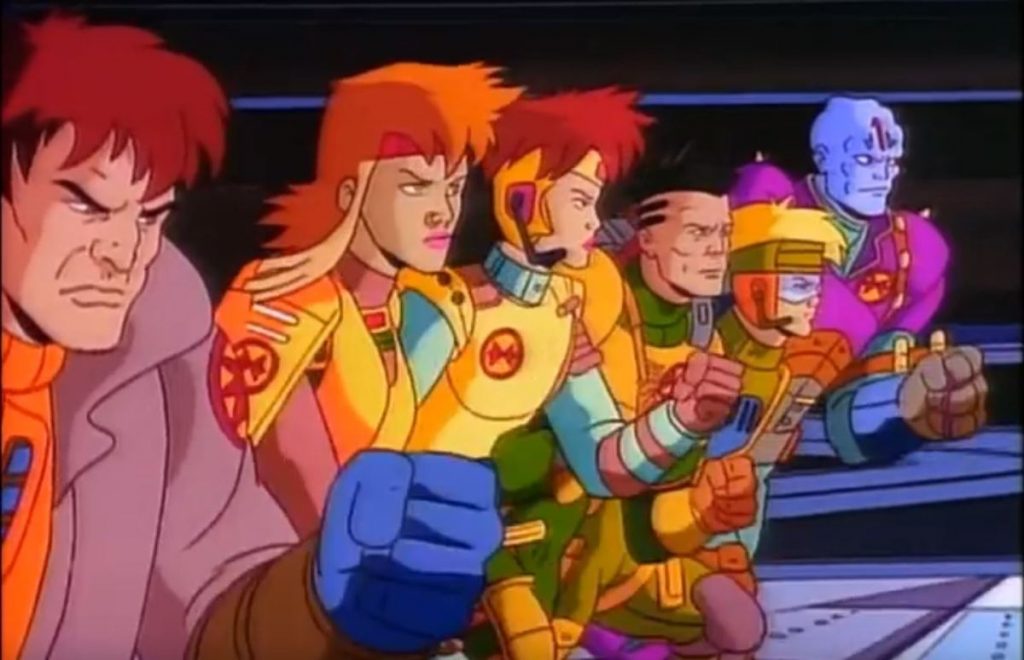 Here are seven cartoons that are mostly forgotten but can be updated.

Kids team up with alien dinosaurs to fight other dinosaurs. Why this – the greatest idea of all time – didn’t make this show 10 times bigger than the Transformers, I will never understand. Dinosaucers did come back as a comic book but, c’mon, this property is ripe for a reboot into a series or even some CGI movies. Maybe go the Transformers route and have the alien dinosaurs come to earth and have the good guys and bad guys try and get governments to back them, all while the kids and dinosaur aliens have wacky adventures.

Exosquad was an amazing show, but sits mostly forgotten. It sounds like it’s ready made for a great modern update, something like the Clone Wars. Humans made the Neosapiens as slaves/workers. Now the Humans and Neosapiens are at war. It’s a space war with people in mech-suits dealing with race relations and war. That’s a perfect late teen, young adult series for an online service ready to go.

“BUMP IN THE NIGHT“

The world is desperate lacking in claymation.

Why not take this forgotten show with the super catch theme song and throw out all the ridiculous EXTREME SKATEBOARD ROCK MUSIC stuff. Have Denver come back into now and make it a more intelligent show, dealing with the idea that all of his friends and family are gone BUT he now has new friends and family. Throw in some educational fun about the potential lives of extinct dinosaurs, and kids will watch it. I would.

Created by Peter Keefe, the man who brought “Voltron” to America, “Widget” was basically a shape-shifting alien. The show was kind of like “Captain Planet” and focused on pollution and whatnot. This could be modernized by making the show focused on climate crises and whatnot. Maybe Widget and his kid friends can help fight evil in Africa and Asian while helping communities set up modern technology for clean water and such. Just keep that super creepy visible brain buddy, Mega Brain.

Popular ideas are cyclical. Superheroes come and go. Pirates come and go. Cowboys come and go. With shows like Westworld making a huge splace, maybe the time is perfect to bring back BraveStarr! And on the plus side, good writing can allow the show to deal with colonialism, the plight of the indigenous people, and talking cyborg horses with guns. What’s not to love?!

“Bionic Six” may be forgotten, but not for lack of quality. It was an American show produced by Japanese animators, including Osamu Dezaki (“AstroBoy,” “Golgo 13“). It’s a family of cyborgs who go around fighting crime with some distinctive animation. Why not bring it back as a joint production with some American writers and a Japanese production company, making an American feeling but beautiful anime superhero family show. Just be sure to keep the robot gorilla FLUFFI.

What forgotten cartoon do you want to see come back in a big way? Let Nerdbot know in the comments!