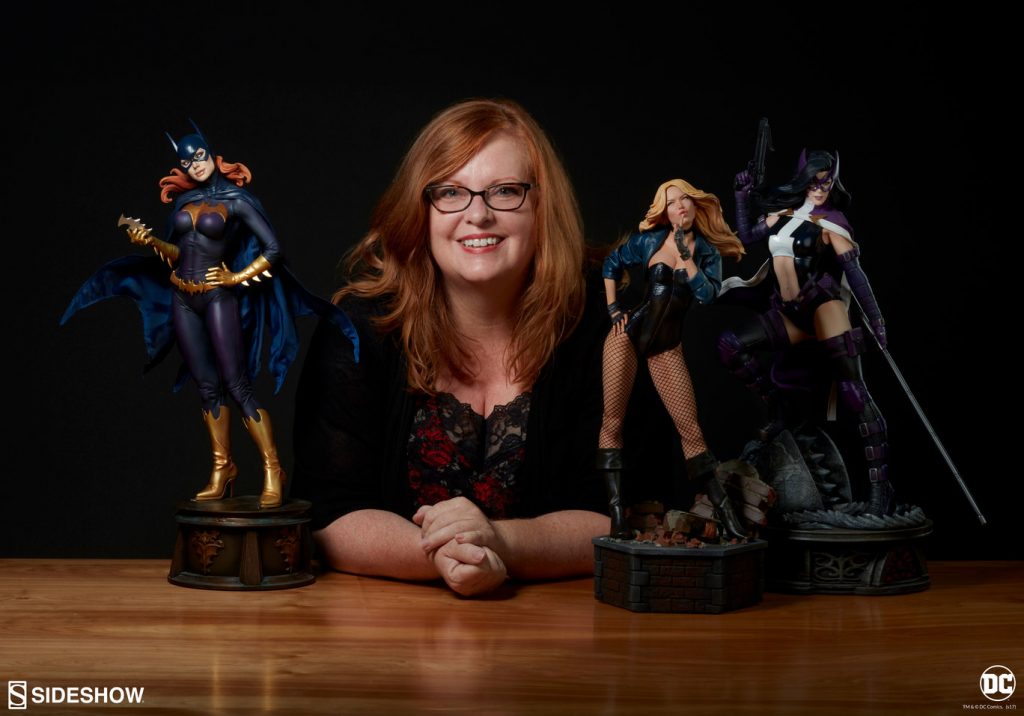 This is one of those lovely things we’re so happy to share. Gail Simone, celebrated comic book writer, influenced a pretty big change for DC Comics character Batgirl. If you’ll recall, Simone began writing for Barbara Gordon in 2011, and her run remains a favorite for collectors and fans.

The classic character was announced as joining HBO Max series “Titans” back in January, along with a casting announcement. While this is more the Oracle timeline for Barbara, there’s more to the role than just her backstory, says actor Savannah Welch.

During an interview with CinemaBlend, Welch spoke a bit about this version of the character.

She has had Oracle tendencies in the past, and she kind of recognized it as something is a very useful tool and a power that she has, but also sees that it’s a double-edged sword. Again, there’s a little touch of that and it’s a different interpretation, but I think that fans will be happy to see the sort of beginning stages of that transformation for her.“

So, given that, we are expecting some slightly deeper character development. What we WEREN’T expecting was the homage “Titans” was gonna pay Gail, by giving Barbara a very special middle name.

Barbara. Gail. Gordon. HOW COOL IS THAT?!

Simone took to her Facebook page to share her thoughts about the news, and it’s too wholesome not to highlight.

Okay, this is something I have to express, wasn’t sure how to address it, so I’ll just ramble a bit. My apologies. Many of you already have heard me talk about how Barbara Gordon was a thunderbolt in my life when I was just a little girl. I had never seen anything like her…I was the only redheaded girl in my tiny elementary school, and was teased for it a lot, AND for being such an avid reader.We didn’t have television much when I was very little, we lived on a remote farm in the boonies. I saw Barbara Gordon for the first time on an episode of the syndicated BATMAN show at my cousin’s house, and it changed EVERYTHING. I looked for every Batgirl comic I could find. I was OBSESSED with her. She was smart, as smart as Batman, maybe smarter. She wasn’t a sidekick, she was her own person. And she was a LIBRARIAN. She read books all day. And she had red hair and took no crap.Needless to say, I adored her. A lot of the episodes of the show, she was a hostage, and that got tiresome. But she’d always get out and be part of the action in the end. And the comics…when someone great would treat her with respect, like a Barbara Kesel or Mike Grell, she was just an incredible character that few female characters could compete with in my eyes.I’ve said this a lot but it’s true, the day after I discovered Barbara Gordon, I started standing up taller in school. I fought the bullies. I tried to help people who were being picked on. All of that because of Barbara Gordon and the people who brought her to life.She changed my life, I would never have become a writer without her. And it’s weird how she kept showing up to elevate me in my career. Like she kept extending a hand, somehow. Anyway, back when I still thought being a writer was an impossible dream, The Killing Joke came out. I knew it was a brilliantly done book by two genius creators. But it broke my heart, how unimportant, how expendable, Barbara was, both as a character and as a touchstone for female readers in particular. It stung.Later, the amazing John Ostrander and Kim Yale made her an even BETTER character in what can only be called the greatest fix-up job in comics history. They made her Oracle.And I was even MORE in love with Barbara. She had glasses, she worked at a computer all night, she tried to do the right thing. I couldn’t get enough of her.Later, I fumbled my way into comics writing, with the lovely people at Marvel. I was at a table for Marvel at SDCC, when Geoff Johns and Jeph Loeb, whom I had never met, LITERALLY grabbed me by the arms and dragged me to meet Lysa Hawkins, then the editor of the book Birds of Prey. They wanted her to meet me, the book was struggling and for whatever reason, they thought I was the right person to take it over. Lysa took that risk, and she does not get enough credit for the success of BOP. She was a great editor and mentor for me. But it was so bizarre…suddenly, I was writing BARBARA GORDON.For real. Not in my dreams.For real.It meant so much to me, it always felt like such a dream. I would talk with pros working on, you know, Spider-Man and X-Men, and I never was remotely jealous, because I, and I alone, got to write Barbara Gordon’s ongoing series, in BOP. I felt that was as good as this job gets. I still feel that!So I tried to pass along some of the strength and compassion I felt coming from Barbara’s character when I had needed it most, so that others would experience it, too. It was a DELIGHT to see how many people loved her both as Batgirl, and even more, Oracle. Even after moving on to other things, it is almost impossible for me to turn down any chance to write Barbara again, and I keep coming back because BARBARA GORDON.As always, I’ve gone a bit long on this. But you get the idea.

I’ve had a lot of love thrown my way for how I write her. A lot of her appearances in other media are very much influenced by those comics, and a lot of other writers have said it was a bit influence. That’s very sweet and means a lot.Last week something new happened that took me a bit to adjust to.

A bunch of my twitter followers said, ‘Gail, you HAVE to watch the new episode of Titans.’I didn’t know why, but finally someone said, ‘they gave Barbara Gordon a new middle name, and it’s GAIL.’I was genuinely stunned. I thought, no, that can’t be right. So I convinced myself it had to be a coincidence, and not a kind tribute of any sort. So I said, ‘it’s nice, I’m sure it’s a coincidence.’But my followers there and here on Facebook felt otherwise, and started asking for verification.And the great Bryan Edward Hill (who writes for the show) said he couldn’t say any more, but that you had to ”put respect on her name,” meaning me. Then, a connection here on Facebook asked Richard Hatem, the writer/producer of Titans, and he not only put it to bed for good by confirming that it WAS a tribute, he said he wanted me to know it was a group decision, ‘from the top down!’ Which I gotta admit, made me feel lovely.I had some conflict for a couple days…Barbara means so much to so many, was it right to add MY name to her story like that? I worried that it might seem…I don’t know, egotistical or something. Then I got a notice from the fabulous actress who PLAYS Barbara on Titans…the lovely and kickass Savannah Welch. I had asked the writer’s room a couple days previously, and she responded with “Indeed they did.

“Now, the people who have worked on Marvel and DC shows and films have been lovely to me. They have named streets, businesses, a baby, and lots more after me. It always makes me happy, it’s a nice gesture that means a great deal.But having ORACLE confirm that they are deliberately gave the character my name as her middle name…it just felt surreal and lovely and……I cried a little bit.Dreams are weird things, sometimes they come true. Thanks DC, thanks TITANS team, and thanks everyone involved for making this happen. There’s a little red-haired girl in the boonies some time back who could never have imagined this in her wildest daydreams.

Thank YOU Gail, for always being a source of inspiration!