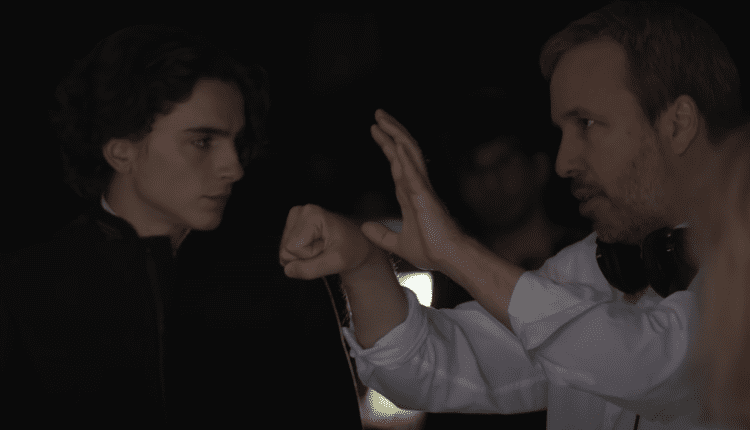 Pretty much since Eric Roth (“Forest Gump“) revealed his original script for “Dune“ was an absolutely massive 200+ pages, we had inklings that the film might be split. That theory was confirmed by none other than director Denis Villeneuve himself sometime later. And, as anyone who got to see the IMAX presentation for the film last month will tell you, the title of the film is “Dune Part One.”

While theories run wild as to where the split happens in the story, it does make sense. After all, in the novel, there is a sizable time jump for Paul Atreides and his mother Lady Jessica with their time on Arrakis. Also, the fact that other key roles have not been cast (or at least announced) makes more sense with a second half.

In a new featured interview with Total Film, Villeneuve clarifies that although this is a part one / part two situation, they are both halves of the integral whole of “Dune.”


“There’s no such thing as Dune 1 and Dune 2. It’s Dune: Part One and Dune: Part Two,” the Oscar-nominated filmmaker says.

“We have been hearing in the past few decades that it’s not possible to adapt this book, and that it’s an impossible task. I think that in the back of the mind of the studio, it’s still the same!

So the first thing was to prove that there was a beautiful, popular movie that can exist, and I think that I proved that – everybody at Warner Bros and Legendary, they are 100 percent behind the project. They feel that it would need a really bad outcome at the box office to not have a Dune: Part Two, because they love the movie. They are proud of the movie, so they want the movie to move forward. And they still did half of it. So, you know, I’m very optimistic.”

He then went on to tackle the current still ongoing worldwide pandemic, and how it’s effecting movie making and movie viewing.

“First of all, the enemy of cinema is the pandemic. That’s the thing. We understand that the cinema industry is under tremendous pressure right now. That I get. The way it happened, I’m still not happy. Frankly, to watch Dune on a television, the best way I can compare it is to drive a speedboat in your bathtub. For me, it’s ridiculous. It’s a movie that has been made as a tribute to the big-screen experience.”

Villenueve confirms he and Roth are in the process of tackling the script for part two right now.

“I’m writing [Part Two] now, and I feel like I’m eight years old again. That’s very uncommon for me. It’s the first time I’ve experienced it where I’m watching one of my movies, and I have a moment of deep gratitude, of deep joy, and I say, ‘Thank you, life, for having allowed me to bring that to the screen.’ [laughs] I don’t know how other people will feel about it. But me? Denis Villeneuve when he was 14 years old? Thank you.”

As fans of Frank Herbert‘s seminal work, we all thank you, Denis. Truly.

“Dune” is currently slated to hit theaters and HBO Max on October 22nd, 2021.