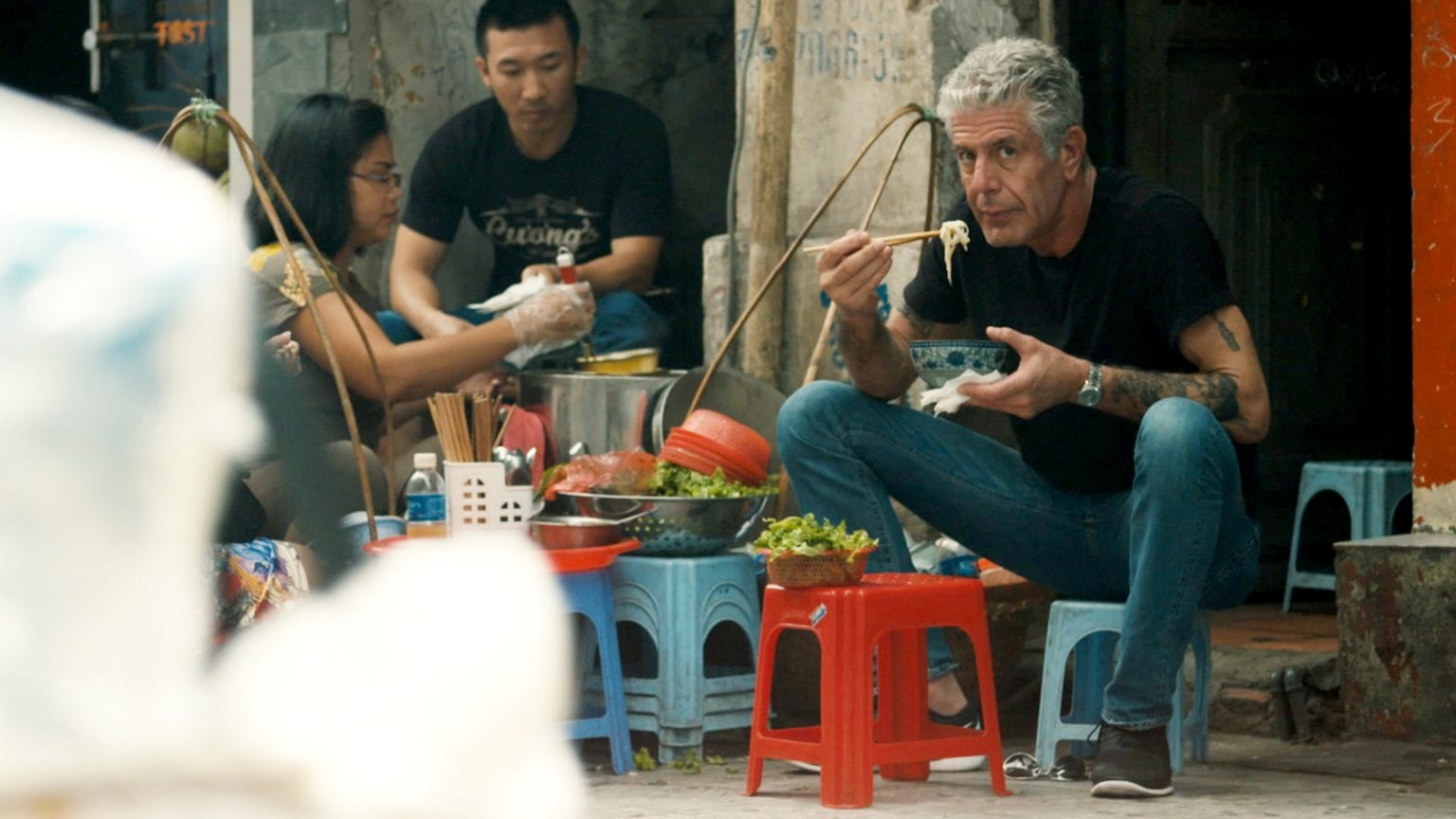 “Roadrunner” is the Anthony Bourdain Film We Needed [Review]

“Roadrunner: A Film About Anthony Bourdain” is the film we’ve needed ever since the titular Anthony Bourdain took his own life back in June of 2018. This will be by no means the last film that will be made about the deeply mediocre chef turned near mythic memoirist and world traveller, but it is the one we needed to have first. It is an examination of the man and his life’s arc.

A series of interviews by many of those who were closest to Bourdain, including his second wife, Ottavia Busia, and everyone from his literary agent, producers, crew members, and myriad other friends and colleagues are intercut with footage from his various series and behind the scenes footage and home movies and videos. So much has already been said about Bourdain himself, and about his impact on his fans. More than just a world traveller showcasing where and what to eat, his shows quickly morphed into an individual who was sharing his love for experiencing the world and its cultures and people. He was deeply flawed, which he not only was honest about and always starkly up front. The effect of his being a very damaged everyman was that people felt like they were always learning from and being challenged by him to step out of their comfort bounds. When he took his own life in a small hotel room in France, his death was felt keenly in a very personal way.

He knew his demons, which included copious drugs, alcohol, and dark depressions. For longtime watchers, his oft-jokes about how he would wind up being found dead, or of killing himself, that it wound up to be a self-fulfilling prophecy, it came both as a deep shock but also not a surprise, both at the same time. It was like most people who have lost someone to suicide that was close to them. They were shocked, but also on thinking back on it. The signs had always been there.

As Bourdain’s opening voiceover comments, “there are no happy endings.” That is very much true of this documentary, which is, as he always was, honest. With footage from just before the publication of his award winning and bestselling memoir, “Kitchen Confidential,” it leads through the development of his television persona, it’s impact on his personal and family life, and how he both loved and was terrified of his fame and visibility.

We see his age and milage beginning to catch up with him as the years went on, and as the drain of everything he was doing was catching up to him. The film moves along smoothly and connects together various threads and interconnections between his inner circle of colleagues and friends. It wears its heart on its sleeve, and pulls no punches. The failure of his first marriage, the ending of his second, and then moving on to his final relationship with actress and activist, Asia Argento.

The catharsis that the film brings to his fans is to know that he was who we largely felt he was. But also that he was aware of his pain and his baggage. We can hear his thoughts around some of the transition points of his career and life, and how his friends and colleagues remembered him and their experiences. It makes an already very human-feeling person even more real to us all. Millions of fans would have given anything to have sat with him in a seedy dive and enjoy unknown meat in a tube form on bread and a cold beer. That this ex-junkie and recovering alcoholic could sit in a lower-class diner in Viet Nam and have a $10 dinner and beer with President Obama, and have a heart to heart conversation about how people come together over food, it means that any of us could one day do the same.

The film pulls no punches on the clear belief that what pushed him over the edge in those final fateful days was his relationship with Argento. That his depression and manic swings were his own, as was his final act, but if we knew how fragile some of his aspects were, so did the person who was closest to him.

One day there will be a suitable documentary that focuses on his impact on his viewers and the world at large, but this is not that film. This is about him – his rise and his end. If you are not familiar with his works, then by all mean read Kitchen Confidential, and watch his various series, from Cook’s Tour to No Reservations, Parts Unknown, and Layover. Only after you’ve watched it all, then come back and watch Roadrunner, because then you will need to see it with a fresh and hurting heart. It is in pain that we grow, and this helps us put more of his view of the world in context.

“Roadrunner: A Film About Anthony Bourdain,” is rated R for extensive language throughout. It opens in theaters on July 16th, 2021.

Roadrunner: A Film About Anthony Bourdain