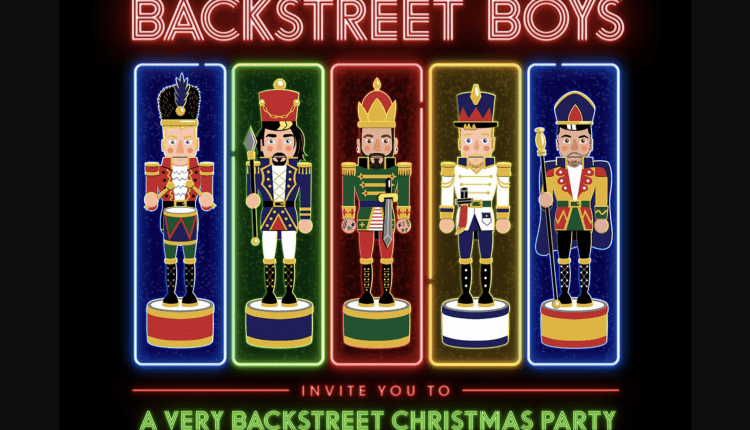 Everyboooooody! YEAAAAAAAaaaaaaah! Get ready because Backstreet’s back, baby! That’s right, the beloved boy band will be heading to Vegas for the holiday season for a limited residency titled “A Very Backstreet Christmas Party.” This will be their first ever Christmas-themed event, and will span 2 months with approximately 12 shows through November and December. They will be performing at the Planet Hollywood Resort & Casino and, in addition to their holiday themed set, will also be performing many of their biggest hits.

This new residency comes 3 years after their very successful Larger Than Life residency which grossed over $34 million from their 62 show run. Needless to say, the Backstreet Boys are a Sin City hit, and their return to the city of flashing lights is a welcomed arrival for diehard fans. Presale tickets will be made available through for Fan Club, Ceasar’s Palace, and Citi Card members Thursday July 15th at 10am PST. Tickets go on sale to the public starting Friday July 16th at 10am PST. Prices start at $89 and their official website will have VIP packages (including a meet and greet) for purchasing as well.

The BackStreet Boys will once again give back to the community, with $1 for every ticket sold will be donated to the Boys & Girls Club of Southern Nevada. In addition, some of the members will be performing with both N’SYNC and Boyz II Men for another event called “The After Party.” I didn’t know this, but apparently Back-Sync is a thing, with AJ and Nick teaming up with Lance and Joey forming the boy band supergroup.

I don’t care who you are, who’s ready to want it that way, quit playing games with your heart and become larger than life…by seeing Backstreet Boys live in Vegas this Christmas?

“Roadrunner” is the Anthony Bourdain Film We Needed [Review]