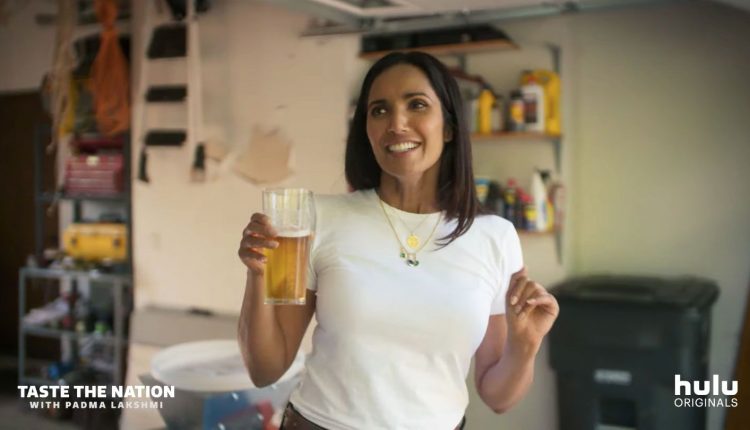 Padma Lakshmi is one of my favorite tv personalities. I’d say celebrity, but she’s so much more than that. She’s a PERSON, a mother, a food enthusiast, and a celebrator of cultures different than hers. She also has a brand-new series out on Hulu now, where she sort of channels her inner Anthony Bourdain, “Taste the Nation with Padma Lakshmi.”

You may know her best from her hosting duties of Bravo’s long-running reality cooking series “Top Chef,” but she’s also a published author, a notable chef herself, and a staunch ally of various social issues including LGBTQIA, immigration, and Black Lives Matter.

In “Taste the Nation,” Lakshmi travels across the continent, visiting notable places and sampling iconic dishes and beverages.

[But seriously, it is a life-goal to have a cocktail or three with Padma. We’d be fast friends, and would bond over so many things.]

We cannot suggest the series enough! It just dropped on Hulu today.

In Taste the Nation, award winning cookbook author, host and executive producer Padma Lakshmi, takes audiences on a journey across America, exploring the rich and diverse food culture of various immigrant groups, seeking out the people who have so heavily shaped what American food is today. From indigenous communities to recent immigrant arrivals, Padma breaks bread with Americans across the nation to uncover the roots and relationship between our food, our humanity and our history – ultimately revealing stories that challenge notions of identity, belonging, and what it means to be American.

New Adult Cartoon Coming From the Creator of “Regular Show”