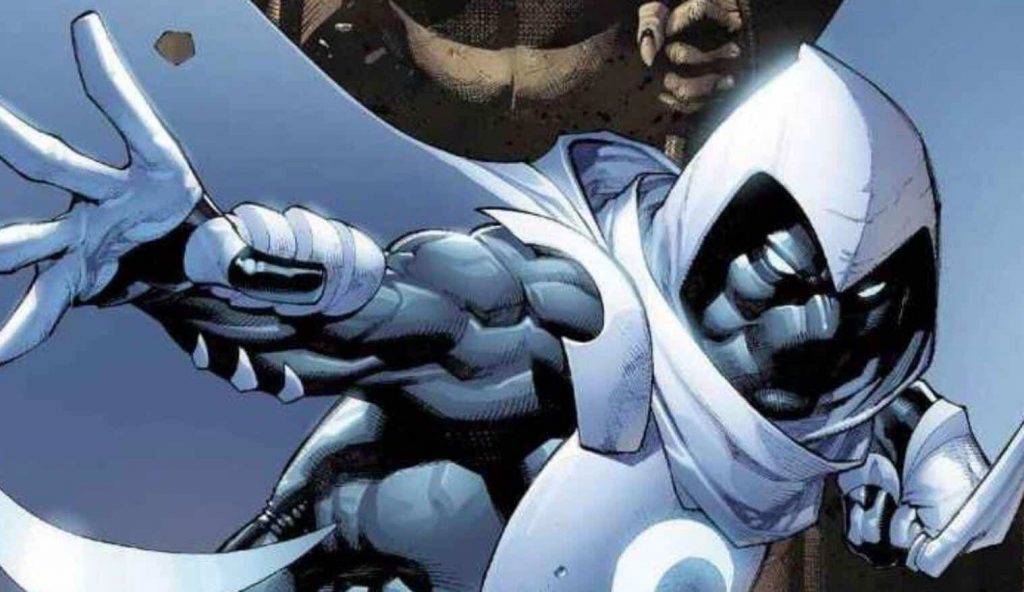 Earlier today, Oscar Isaac posted a pretty telling image on his social media. In it, we see the actor’s very recognizable eyebrows framed by Marvel Comics artwork depicting Moon Knight. If you’ll recall, Isaac has been pretty-much-confirmed as playing the character in an upcoming Marvel Studios’ project.

But as of now, Marvel Studios has officially confirmed it!

Last we heard, Jeremy Slater was developing the series for Disney+, and will be leading the writer’s room for the project. You will more than likely be most familiar with Slater’s work on “The Umbrella Academy” show, as he developed the material for Netflix and headed that writer’s room as well.

Marc Spector aka Moon Knight, is an elite soldier and mercenary who decides to fight crime after he becomes the human avatar of Khonshu, the Egyptian god of the moon.

We’ll next be seeing Isaac in Warner Bros. Pictures’ “Dune,” as Duke Leto Atreides. “Dune” is set to release on October 1st, 2021 theatrically as well as HBO Max on the same day.