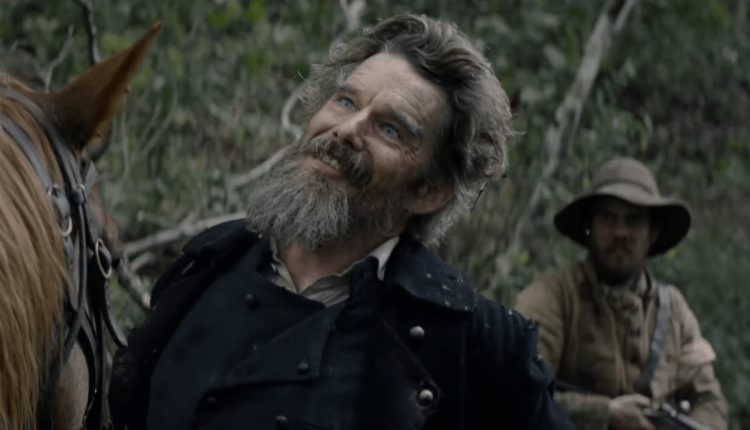 While very little is known about who Ethan Hawke is playing in Marvel Studios’ Disney+ series “Moon Knight,” we now know that the character will surely be a horrifying, charismatic nightmare. In a recent stop by “Late Night With Seth Meyers,” Hawke proudly announced that his performance in the part was based on none other than David Koresh.

The self proclaimed ‘final prophet’ of the Christian Doomsday Cult The Branch Davidians, Koresh was a charismatic religious leader who drew many into his nefarious clutches, and whose actions would eventually spark the infamous Waco siege of 1993.

We don’t yet know who Hawke could be playing in “Moon Knight” that would require such disturbing inspiration, but fan speculation has suggested that Koresh fits the bill of The Sun King. An ex-military extremist confined to a mental institution, The Sun King embodies a flame powered rival deity to that which titular hero Moon Knight, who will be played by Oscar Isaac, represents.

Those interested in the tragedies and horror surrounding Koresh himself should check out 2017’s fantastic “Waco” series on Netflix, starring Taylor Kitsch as the maniacal cult leader.

All will be revealed when the six episode series “Moon Knight” comes to Disney+ in 2022.

New Flavor of Dr Pepper Only Attainable with Pepper Points