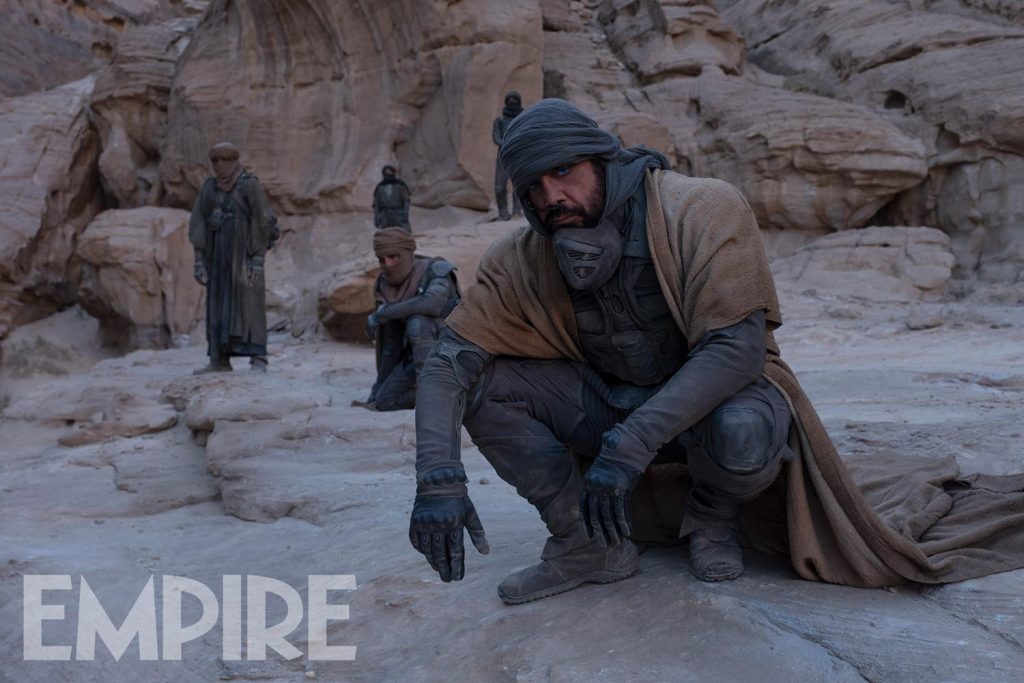 Our excitement for next week’s official “Dune” trailer drop grows every single day. This is an excitement fed in part this week by Empire Magazine dropping exclusive images of the upcoming Denis Villeneuve film, a reimagining of Frank Herbert‘s seminal work of science fiction majesty- “Dune.”

While the costumes aren’t as spectacular as we were hoping for (so far), this is one of those moments that speaks volumes. It’s a knowing look for Jessica, possibly when Leto is pretending to suspect her treachery?

In Empire’s tease of their next issue, Villeneuve spoke a bit about his version of the Lady Jessica, saying: “I didn’t want Lady Jessica to be an expensive extra. Something I deeply love in the book is that there was a strong balance between the masculine power and feminine power.”

“It’s about the destiny of a people, and the different way that cultures have dominated other ones. How do a people respond when it’s at the tipping point, when enough is enough, when they’re exploited? All those things are things we’re seeing around the world right now.”

The other image released this morning features Javier Bardem as Fremen leader Stilgar, with a group of what we’re hoping are the Fedaykin!

We seriously can’t wait to see “Dune,” which reportedly still has a release date of December 18th 2020.

We’ll let you know as soon as the trailer hits next week.