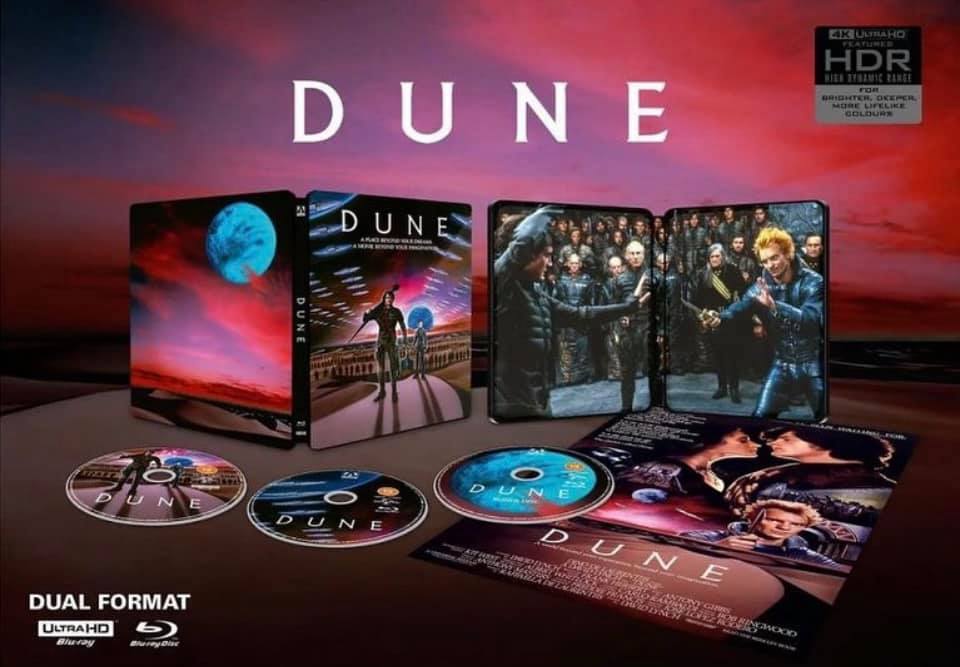 SHAI HULUD- we are FINALLY getting David Lynch‘s incredible (fight me!) feature film version of “Dune” on 4K! Long rumored but never actually happening, this is on Arrow’s upcoming releases list, and you’d better believe we’re pre-ordering it.

Thanks to Dawn of the Discs on FB for this news. Arrow is in the process of rolling out their upcoming releases, so keep an eye on their official accounts for additional titles!

Coming to 4K UHD in August from Arrow Video:

This morning, Arrow officially announced the release, along with links for where you can pick up your copy.