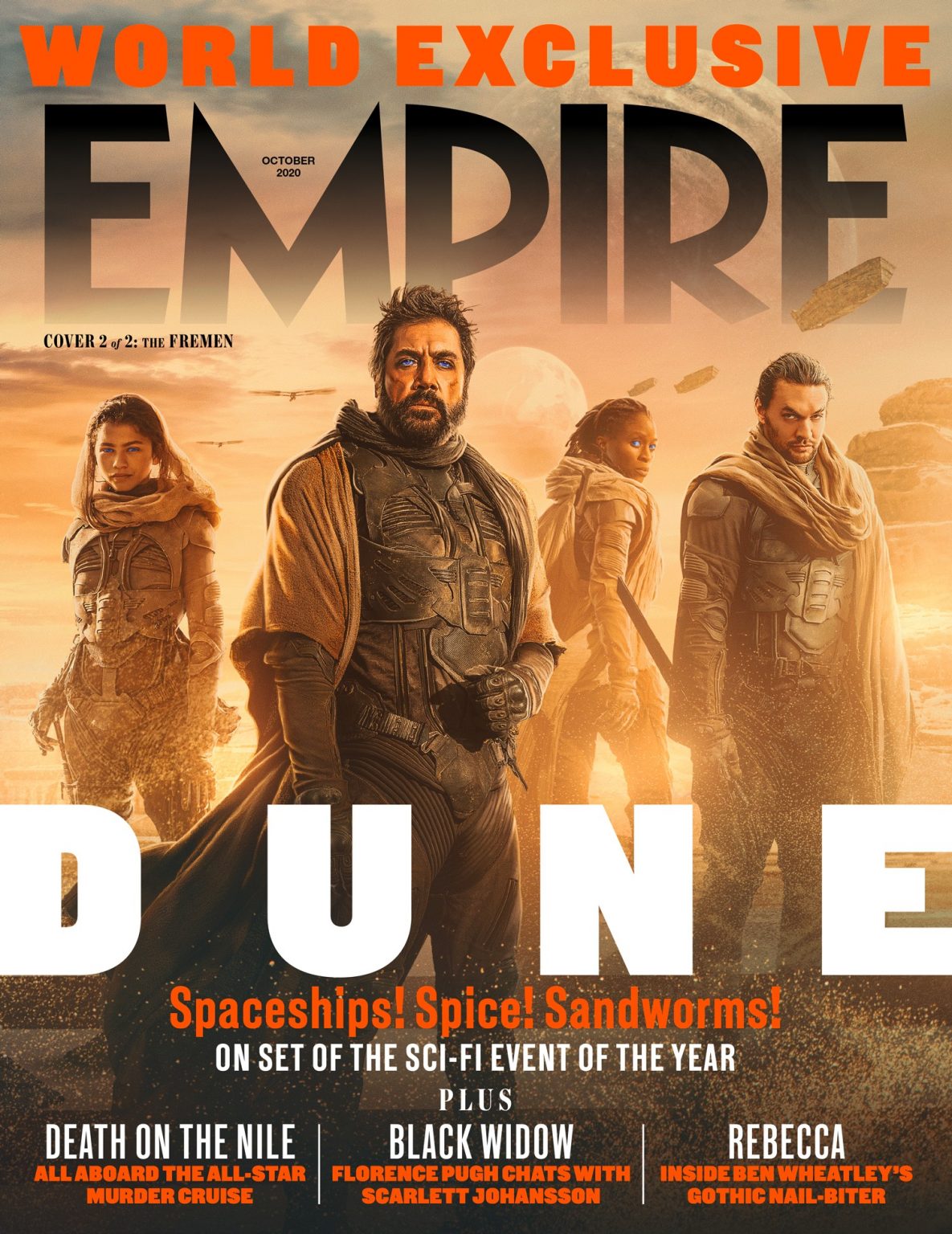 Check out Empire’s 3 “Dune” Covers for their September Issue!

If you know anything about us, it’s that we’ve been anxiously anticipating Denis Villeneuve’s upcoming “Dune” adaptation for Warner Bros. Pictures since the day it was announced.

One of our absolute favorite science fiction franchises out there, (seriously, it’s my personal equivalent of Star Wars, and I freaking love Star Wars too) this is one of those titles we’re REALLY hoping gets the love and respect it so richly deserves.

Anyhow, here are the three amazing EMPIRE Magazine covers for their September issue which you can order here.

The new issue of Empire is a major world-exclusive, going on set of Villeneuve’s ambitious adaptation, getting acquainted with the Atreides, and coming face-to-face with the Fremen. There are two Dune covers to collect – first up is House Atreides, one of the great noble houses of Landsraad. Up front is Timothée Chalamet’s young protagonist Paul Atreides, with Oscar Isaac as his father Duke Leto, Rebecca Ferguson as the Bene Gesserit witch Lady Jessica, and Josh Brolin’s master-at-arms Gurney Halleck.

On the second cover, you’ll find the indigenous Fremen people of the planet Arrakis – including Javier Bardem’s Stilgar, leader of one of the Fremen tribes, and Zendaya’s tribe member Chani. Then there’s Sharon Duncan-Brewster as Liet-Kynes (gender-swapped from the original novel) who has become embedded among the Fremen, and Jason Momoa’s Duncan Idaho – who isn’t a Fremen, but whose destiny may ultimately lie with them.

This month’s subscriber cover, created exclusively for Empire by Jane Yun and Enrique Torres at Bond, in collaboration with the filmmakers behind Dune, is a terrifying glimpse at the colossal sandworms of Arrakis – with one threatening to swallow an oblivious Paul Atreides whole.

We DO know that the official first trailer for the film will be releasing on September 9th 2020 at 9am PDT. We will of course let you know as soon as it does.