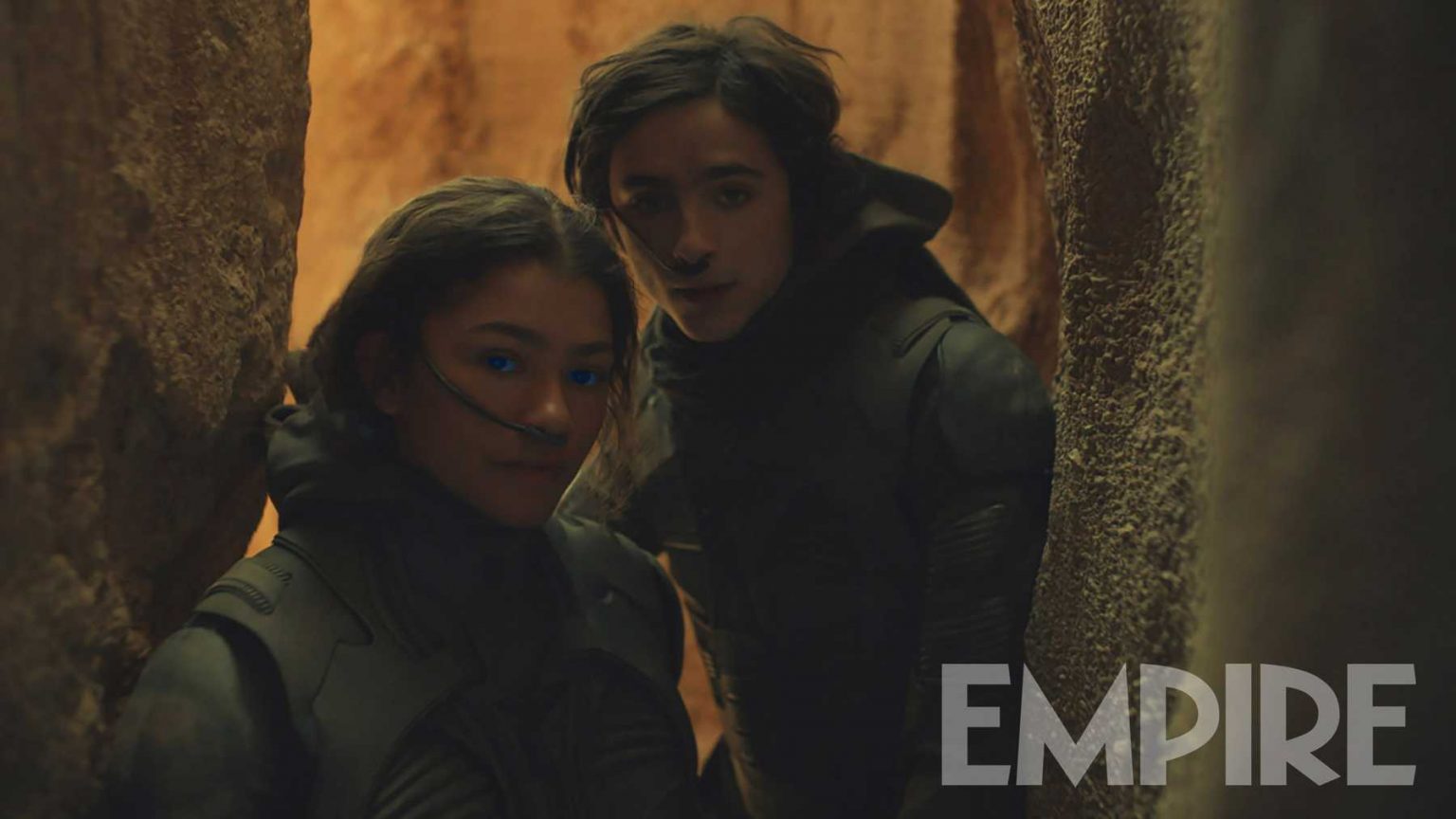 We’re anxiously awaiting the newest issue of Empire Magazine, as September’s issue is all about Denis Villeneuve‘s upcoming “Dune” adaptation. Starring Timothée Chalamet as Paul Atreides, the film looks to be everything we’ve ever wanted from a retelling of Frank Herbert‘s seminal work of science fiction.

In another tease from Empire, we get three new photos from the film:

Sure looks like Duncan is fighting The Emperor’s Sardaukar, or House Harkonnen troops?

Empire also included a snippet of an interview with Chalamet, talking about the Jordan location serving as the desert planet of Arrakis.

“That part of the Wadi Rum is so awe-inspiring, you might as well be getting chased by that cliff in the background, It wasn’t a green-screen or anything. That’s one of the most thrilling parts of the book and the movie. We had the sketches. That was a lesson for me. On a Call Me By Your Name or Beautiful Boy it can be counterintuitive to see the storyboards because then maybe you limit yourself based on a camera angle or whatever. It’s the opposite [here] because, for a sequence with the sandworm chasing you, I could never imagine that.”

Yes. Yes we can completely imagine the Shai Huluds.

The very first trailer for “Dune” will be releasing on September 9th, 2020. We’ll of course let you know when it hits.