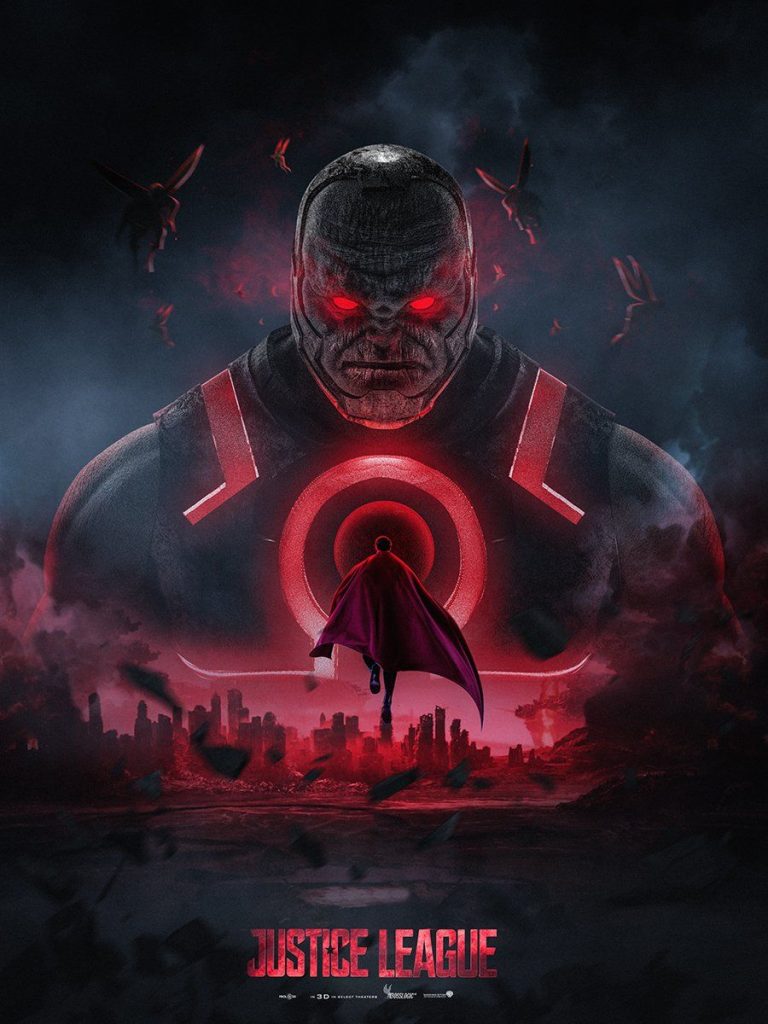 Yet another incredible BossLogic piece
Movies

The world is still settling into the idea that a) a director’s cut of “Justice League” does exist, and b) we’ll get to see it thanks to HBO Max and Zack Snyder.

Clearly, this isn’t a high-def trailer or anything, but it is the first official video glimpse that fans are getting of Darkseid, played by Ray Porter from the film. This is actually the scene from which this image of Darkseid came from.

In this “Justice League” moment, we see Gal Gadot as Diana Prince / Wonder Woman in what looks like a tomb, with a voiceover that we’re assuming is meant to be Connie Nelson as Queen Hippolyta.

Snyder used this tease to hype up the DC FanDome, which is coming in August. You can read more about that here.

We’ll of course let you know what else we hear about Zack Snyder’s director cut of “Justice League” coming to HBO Max sometime next year.