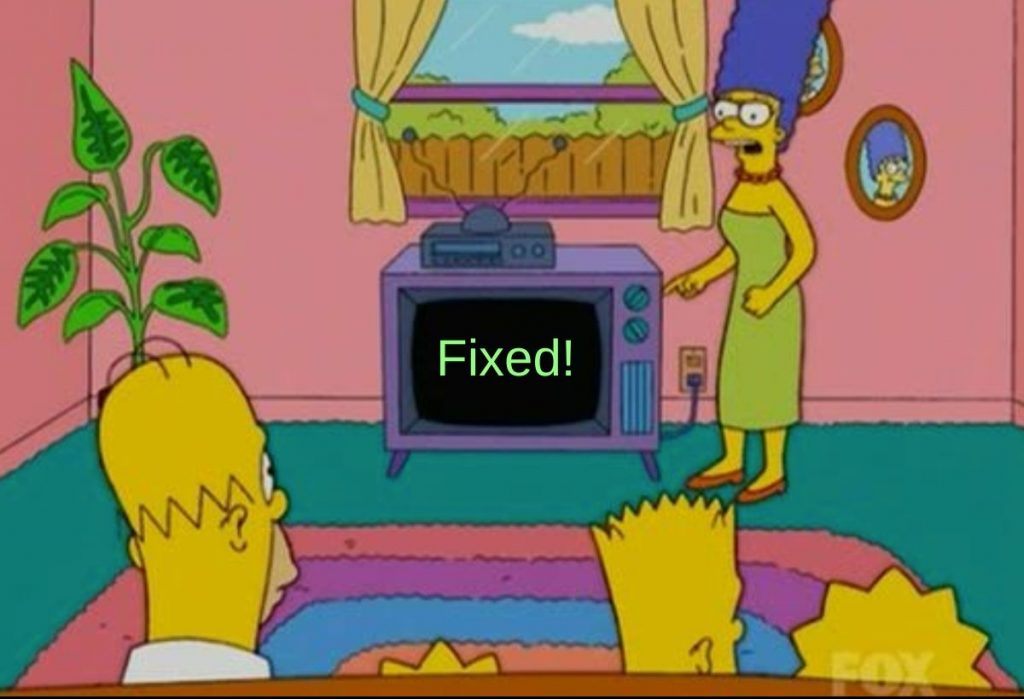 If you were disappointed that Disney + released “The Simpsons” in letterbox when they launched the platform, you weren’t alone. A big part of watching “The Simpsons” is nostalgia and when you think of the first 20 or so seasons you’re probably thinking about watching it on a tube television. Back when you would either watch it live with commercials or meticulously set your VCR to record it for you.

Well Disney+ has heard our cries and they will be fixing the aspect ratio so that we can see all of it in its 4×3 glory. They will be able to watch in the original ratio starting May 28th.

Why is this a big deal you ask? Well part of it is because of the animators and jokes involved. There are a lot of things that get written into a show, especially “The Simpsons” that may appear just off screen in widescreen format.

In this comparison video you can see that while not a lot of things are cut some things are. Little details like the clock in the classroom when Bart is writing on the chalk board are now missing. And it’s those little details that can add to jokes.

While I know it’s not the most exciting news it is something that fans of the show have been asking for. And something that I’ve wanted fixed since we started watching The Simpsons on Disney+.

If only just to get my husband (“The Simpsons” purist) to quit complaining that he feels like he’s missing something. And I don’t blame him one bit.