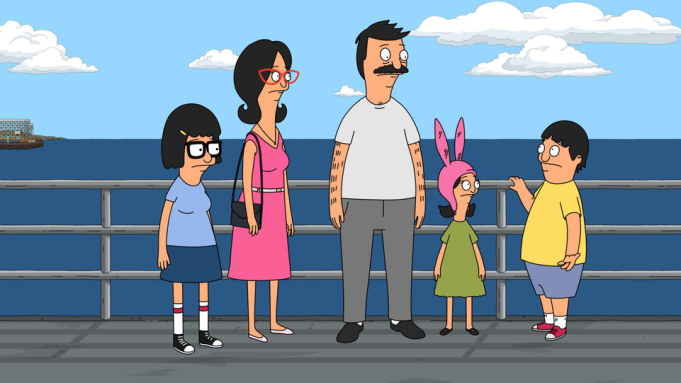 BOB'S BURGERS: The Belchers attend open houses for the free food, per LindaÕs ÒmomnipotentÓ MotherÕs Day request, and end up at the helm of a real estate scheme in the ÒMo Mommy Mo ProblemsÓ episode of BOBÕS BURGERS airing Sunday, May 13 (9:30-10:00 PM ET/PT) on FOX. BOB'S BURGERSª and © 2018 TCFFC ALL RIGHTS RESERVED. CR: FOX
Animation

‘Bob’s Burgers’ Has Been Renewed for Season 11 by FOX

Today, Bob’s Burgers‘ 11th season was unveiled as part of Fox’s fall 2020 schedule. FOX has already renewed Family Guy and The Simpsons for new seasons and now it looks as though we will be getting even more Bob’s Burgers.

In January Fox Entertainment President spoke to Deadline and said that “Bob’s Burgers is going to be on Fox for a long time.” So we’re hopeful that it will go on for a while longer.

It makes sense that they would want to renew it. Bob’s Burgers has become a very popular show following the lives of Bob, Linda, Gene, Tina, and Louise. They have become staples in everyone’s home and often referenced from the show. We’re looking forward to even more songs and musical numbers from the group as they continue the show.