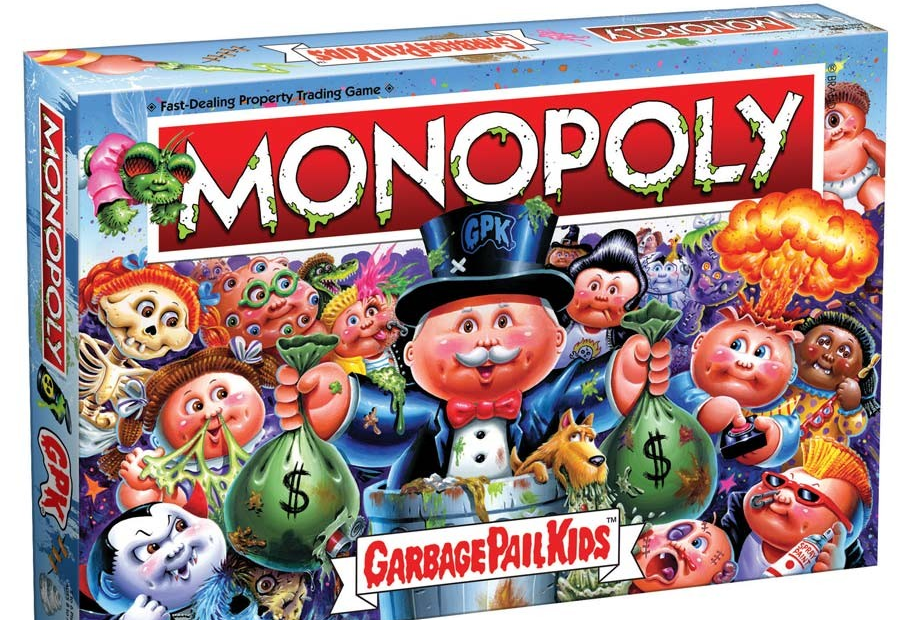 If you are a child of the 80’s and 90’s then you surely remember the Garbage Pail Kids. You know, the 1987 cult classic? They weren’t really my thing growing up, cuz I never really understood it. I guess that was me trying to over-analyze everything instead of just you know accepting things for how it is. I do know that a bunch of my classmates really enjoyed them and that their stickers were always, well, how should I put it, interesting? Well now is the time for you fans to rejoice. Because Monopoly is releasing their own version featuring The Garbage Pail kids.

This year marks the 35th anniversary since the Garbage Pail kids took off in 1985. It’s interesting enough that I’m the same age as  The Garbage Pail kids. I wish I could have my own Monopoly. Maybe someday they will have fully customizable pieces, spoiler mine would be cats and Sailor Moon themed.

The box cover illustration was made by Joe Simko. The game will have classic sticker artwork, new custom illustrations and not to mention six gpk tokens. No word yet on the release but we will keep you informed on it.

Animal Crossing Themed Planters Are Too Cute For Words!