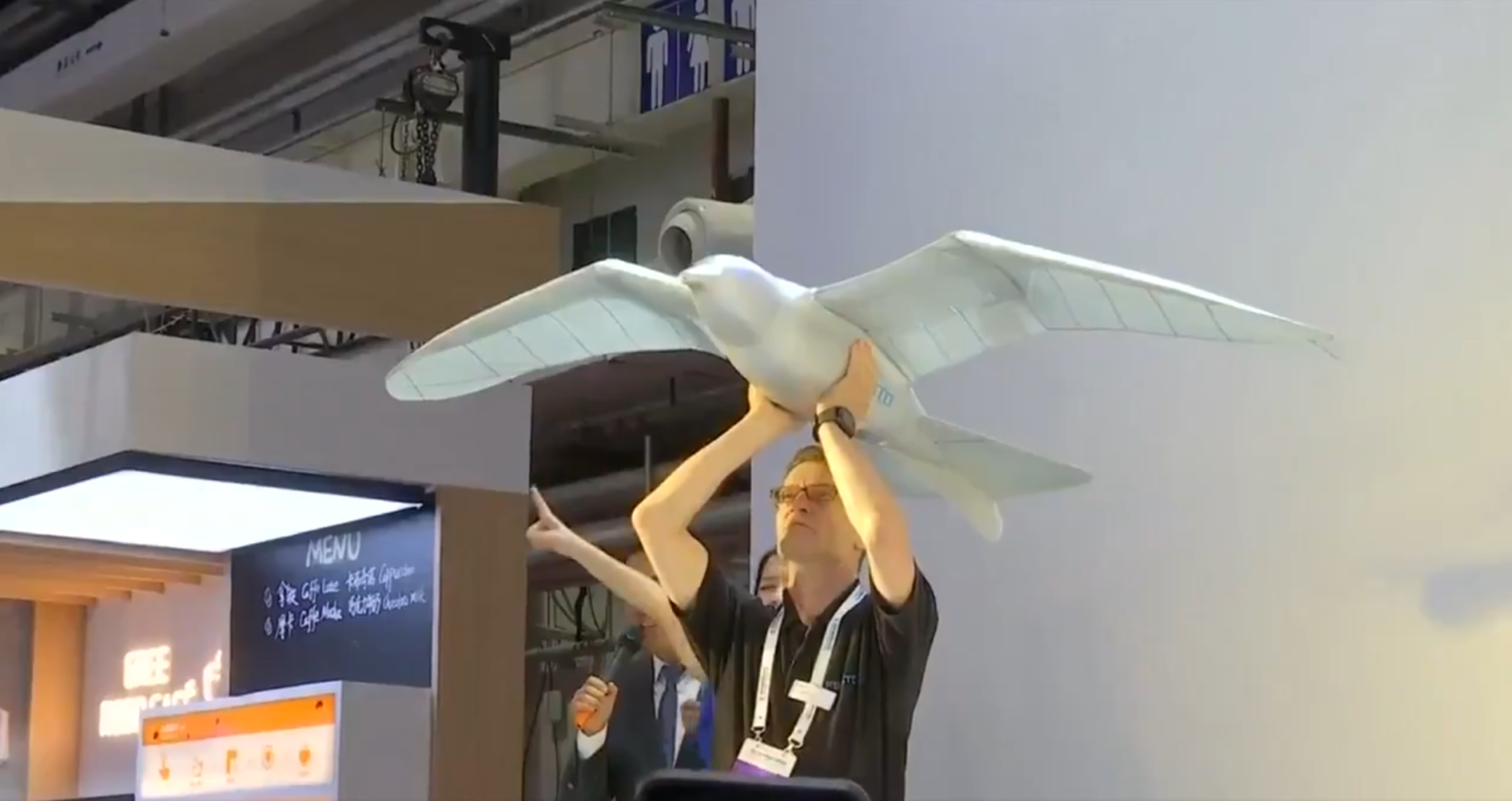 Robots. They’re our friends, helpers, rulers of our future, and instruments of our demise. Well, they will be once Skynet happens but until then, they’re our friends. We’ve seen robot dogs, synthetic skin, and all sorts of animatronics that involve robot parts. Have you ever seen a robotic bird though that is actually capable of flight? And no, we don’t mean flight in the sense of having propellers, but flying through creating actual lift by flapping its wings. Yes, this bionic bird does exist, and its actually been around longer than you might think.

Meet Festo the bionic bird (actually called the SmartBird) from the World Robot Conference in China.

The bird flies around the room using nothing but the flapping of its own wings in order to generate the lift necessary to fly. On the side of the little critter you can see the name FESTO printed on it. You can also the name on the stage behind the presenter and controller of the unmanned craft. Festo is a family-owned company founded in Germany in 1925. With locations in more than 60 countries, they’re a world-wide specialist in automation and a producer of various parts used in robotics including actuators, sensors, pneumatics, and the software to run pneumatic systems.

The SmartBird, seen in the clip above, measures in at a length of 1.07 meters with a wingspan of 1.96 meters. Staggeringly, it weighs only 450 grams, which is essential for its ability to fly. It’s modeled after the herring gull and as you can see from the video, is remarkably capable of emulating the movement and agility of a real bird. Despite what the above tweet suggests though, it can’t actually do “all the natural movements of a bird.” It can not for instance, poop on your car windshield.

When looking for details about this conference that the bird was shown off in however, we couldn’t find a 2022 World Robot Conference in China. Instead what we found was this, a Reuters news service tweet from 2019 when the bird was shown off at the conference in Beijing. So the bird is at least three years older than the previous tweet suggested. That still wasn’t enough for us though, we had to know more about this gull.

We were not entirely surprised to find a video of this robot bird predating 2019. We were however, a bit shocked to find that the Festo YouTube channel posted video of this bird taking to the air as early as 2011. Yup, this impressive feat of aerodynamic engineering and robotics is actually celebrating over a decade of existence this year, possibly more depending on how long it was operational before this video was released.

Clearly Festo is doing something right. Make all the jokes you want about German efficiency but to create a working robot that is so light, it can fly by flapping its own wings is pretty phenomenal. Now the only question is how long before it becomes cheap enough to make the hot ticket gift for the year?

How long before we can live out our dreams of becoming amateur Falconers like Rusty Shackleford?