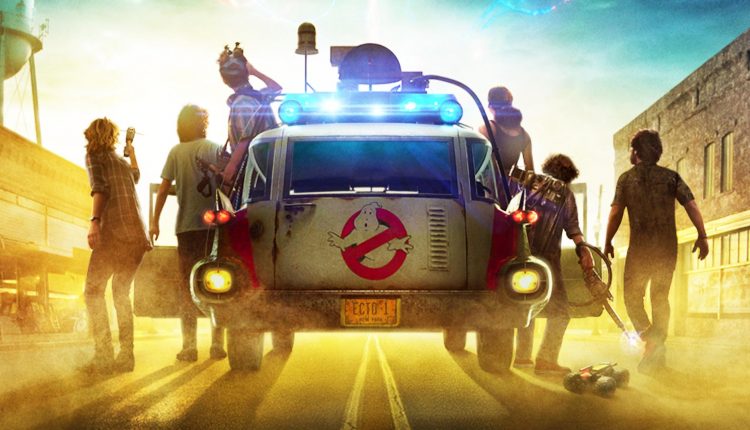 “Ghostbusters: Afterlife” Lots of Heart, Even if Light on Laughs [Review]

Before I got a chance to watch “Ghostbusters: Afterlife,” my editor was able to check it out and post her review. It actually made me a little nervous, but I was assured that if you’re a fan of the original, you’ll enjoy this. Well, as much as I want to offer a different perspective, it turns out she was pretty spot on. Now, I may have enjoyed it slightly more given my unabashed love for the not so beloved “Ghostbusters 2.” But there is immense difficulty in giving a review for “Afterlife” without getting into the spoilers and revealing too much. There is so much of this film that is tied to both mystery within the current narrative and connections to the original, and they can’t be discussed with out giving away too much.

As a Ghostbusters franchise fan, the last thing I would ever want to do is ruin anyone’s viewing experience. So this review of “Afterlife” is probably going to be in more broad strokes than a deep dive. It does have a lot of heart ,and for the most part, balances out the nostalgia nods with a new story for a new generation, even if misses some of the laugh-out-loud humor of the original.

“Afterlife” is written and directed by Jason Reitman, son of Ivan Reitman, who directed the first two Ghostbusters films. Fun fact, did you know Jason was actually in “Ghostbusters 2?” Yeah, he plays the little kid at the birthday party that talks shit to Ray and Winston. This all pours out in both script and vision. [Editor’s note: Read about that and see some amazing set photos from the original films via Vanity Fair.]

There is a true passion and love for the franchise, and Jason is clearly a fanboy with deep personal connection to the source material. All of that is extremely present throughout “Afterlife.” Reitman is keen to make his entry purposeful and meaningful, avoiding the pitfall of the 2016 remake- Sony making a movie simply because they owned the property, and didn’t want to lose the rights. Look, there’s nothin’ inherently wrong with “Ghostbusters” 2016. And no, my dislike of the film has absolutely nothing to do with the female cast. It simply isn’t good enough to make the case for existing, and that is a stark contrast to “Afterlife,” which Reitman goes out of his way to not only make the connected tissue matter, but the new, continued story matter as well.

This sharp and heartfelt script with solid directorial execution is further elevated by incredible performances from its young cast. Mckenna Grace as Phoebe is a scene stealer, shouldering a difficult role with the ease of a veteran. Grace is tasked with being the social awkward, possibly on the spectrum, misunderstood brainiac heroin while also being both the exposition giver and receiver, all while ALSO being the primary lens through which the entire narrative is told through.

That is a tall ass order for ANYONE, and Grace nails every single aspect of her character with seeming ease. She’s downright adorable and lovable, and practically carries “Afterlife” on her shoulders. That’s not to say everyone else does a poor job; they don’t. Everyone is really good here, including newcomer Logan Kim, who is charming and funny as the “Ray” comedic relief befriending the practically reincarnated Egon in Phoebe, you forgive the film for naming him Podcast. Yes, really.

Of course, Paul Rudd is everything you’d expect, Rudding it up all over the place and delivering his sharp comedic timing and everyman likability. Carrie Coon as the estranged daughter of Egon struggling to make it is good too. But, Coon and arguably older brother Trevor (Finn Wolfhard) aren’t really given a whole lot to do. Most of the film focuses on Rudd, Grace and Kim, with everyone else kind of adding themselves to the narrative peripherally.

And there’s the not so secret cameos from original cast members. Luckily for us, all of them look like they WANT to be here, and fall right back into what made them ghost busting superstars 30+ years ago. Their inclusion is handled with extreme care and reverence, and despite seeing their entrance coming a million miles away, fans can’t help but get choked up and flooded with joy when the finally join the fight. It’s a worthy inclusion, and masterfully ties “Ghostbusters: Afterlife” to the existing universe. There are two post credit scenes, by the way. Personally I felt both of them could’ve been worked into the film itself and probably could’ve made a larger impact, but they’re worth sticking around til the very end to see.

Despite strong work both in front of and behind the camera, “Ghostbusters: Afterlife” isn’t flawless. While it is most certainly a movie for fans by fans, the almost assaulting nods to the original start to wear thin. I can’t even believe I’m gonna say this, but the constant “hey remember THIS from the original” ends up becoming almost exhausting. There’s also some that are cringe worthy, one in particular that I won’t spoil but you’ll know EXACTLY which one I’m talking about when you see it. I think I audibly groaned in the theater when it happened, and while it’s not enough to derail my enjoyment of the whole film it definitely stands out as a bad mark.

There is also a lack of raucous humor and satire, which all gets traded out for heart and emotion. That’s fine since it does what it sets out to do well, but fans hoping for a laugh out loud non stop comedy will be a little disappointed. We have to remember that as much as Reitman seeks to honor his father’s legacy, “Afterlife” wasn’t written by or stars the comedy writers that created the satirical “pest control” meets “poltergeist” concept. The film is a targeted attempt to get younger generations on board with the franchise. Hell, Rudd’s entire character is the literal incarnation of middle-aged fans trying to convince children how cool “Ghostbusters” was and why.

Woman Allegedly Breastfeeds Her Cat on a Delta Airlines…

Aubrey Plaza’s “Legend Of The Christmas…

“Afterlife” isn’t humorless. That’s not what I mean when I say that it lacks the humor of the original. The film simply has a different focus, and isn’t trying to maintain the satirical deconstruction of the genre that made the original “Ghostbusters” so unique. Its goal seems to be wanting to add some meaning and purpose to the events of the past, and further the story by exploring the lives of the younger people those events may have effected even if they didn’t know it until now. There are jokes and some really funny moments (and even some jokes that are in REALLY poor taste to be included in a film trying to be more family-friendly), so the film isn’t without it’s fun. “Afterlife” is a LOT of fun. Not just for fans but for people new to the world of ghostbusting, too.

Outside of the very obvious tonal shift, all I can really get on the film for are nitpicks at best. Like, why the hell is everyone so damn cool with ghosts being real? I can understand Rudd’s character being less impressed seeing as how he IS a fan boy of the events of the original, but even for someone who believes in ghosts and ghostbusters, you would think you’d have at least SOME kind of reaction when those beliefs come to fruition. Everyone seems to have some kind of paranormal experience and just kind of shrugs it off with a little more than double take. This is odd because most of the characters go out of their way to establish that they don’t believe in ghosts to begin with. Hell, Phoebe basically says as much to Podcast (Kim), but then has no problem playing chess in her room with an unseen entity. I don’t need long, drawn out expositions of characters processing their supernatural experience, but SOME kind of reaction to a ghost leaping from a trap and blasting away would be nice.

All in all, there’s a lot to like. It packs an emotional and heartfelt punch and sports some really remarkable performances. It connects this new story to the old one in a balanced way, and never starts to feel like pandering (that one groaner line not withstanding). I’ve heard some compare it to “The Force Awakens,” which I would argue is both correct and incorrect. It is very much like “The Force Awakens” in that it is Jason Reitman’s love letter to “Ghostbusters,” but it is unlike it because it is a shot for shot retread of its source material. Is it similar? Sure. But while it includes a lot of familiar beats and iconography, it makes just enough changes to the overall story and framing of those beats that “Ghostbusters: Afterlife” does feel like its own movie.

I really enjoyed this movie, more than I thought I would. We didn’t need another “Ghostbusters,” and we certainly didn’t ask for one. But Reitman makes a strong case for giving us a new one anyway, and because his film actually has something to say, it justifies its existence. “Ghostbusters” will always be the GOAT to me, and while I enjoy its sequel more than most and don’t care for the 2016 version, I would say “Ghostbusters: Afterlife” is the best entry into the franchise. It only falls short to the original, which is a pretty huge victory considering how much of a disaster this could’ve been. So if you’re on the fence or worried that you won’t enjoy it, I recommend giving “Ghostbusters: Afterlife.” It’s better than it should be, and is sure to satisfy fans looking to relive the glory days of their childhood but is also a great introduction to the universe for newcomers.

I guess the best way to end this review is with a cringe worthy science joke. A photon checks into a hotel and is asked if he needs any help with his luggage. He says, “No, I’m traveling light.” You’re welcome.